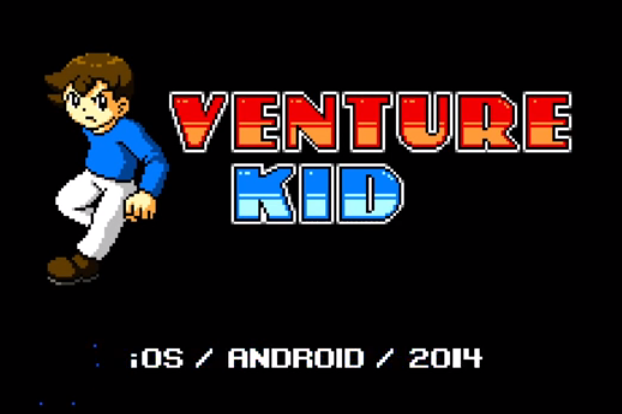 Most gamers these days are drawn to titles that push the limits of the hardware found in their mobile devices with 3D graphics and complex gaming engines, but there are still a lot of folks out there that prefer the 8-bit platformers of the 80’s and 90’s.

Well if you happen to fall in the latter category, you have to check out this trailer for an upcoming game called Venture Kid. Its 8-bit graphics and synthesized soundtrack make this title seem like it would have felt right at home on the original Nintendo…

Everything from the sounds, to the cutscenes, to the on-screen controls remind me of NES. The soundtrack sounds like it came straight from Ninja Gaiden, and the gameplay shown off in the video looks like a cross between Mega Man and Super Mario.

Unfortunately, not many other details are known about the game other than that the developer posted the trailer in TouchArcade‘s forums. He offers up a vague release date of ‘Q1 2014,’ but he doesn’t say how much it’ll cost or which devices it’ll support.