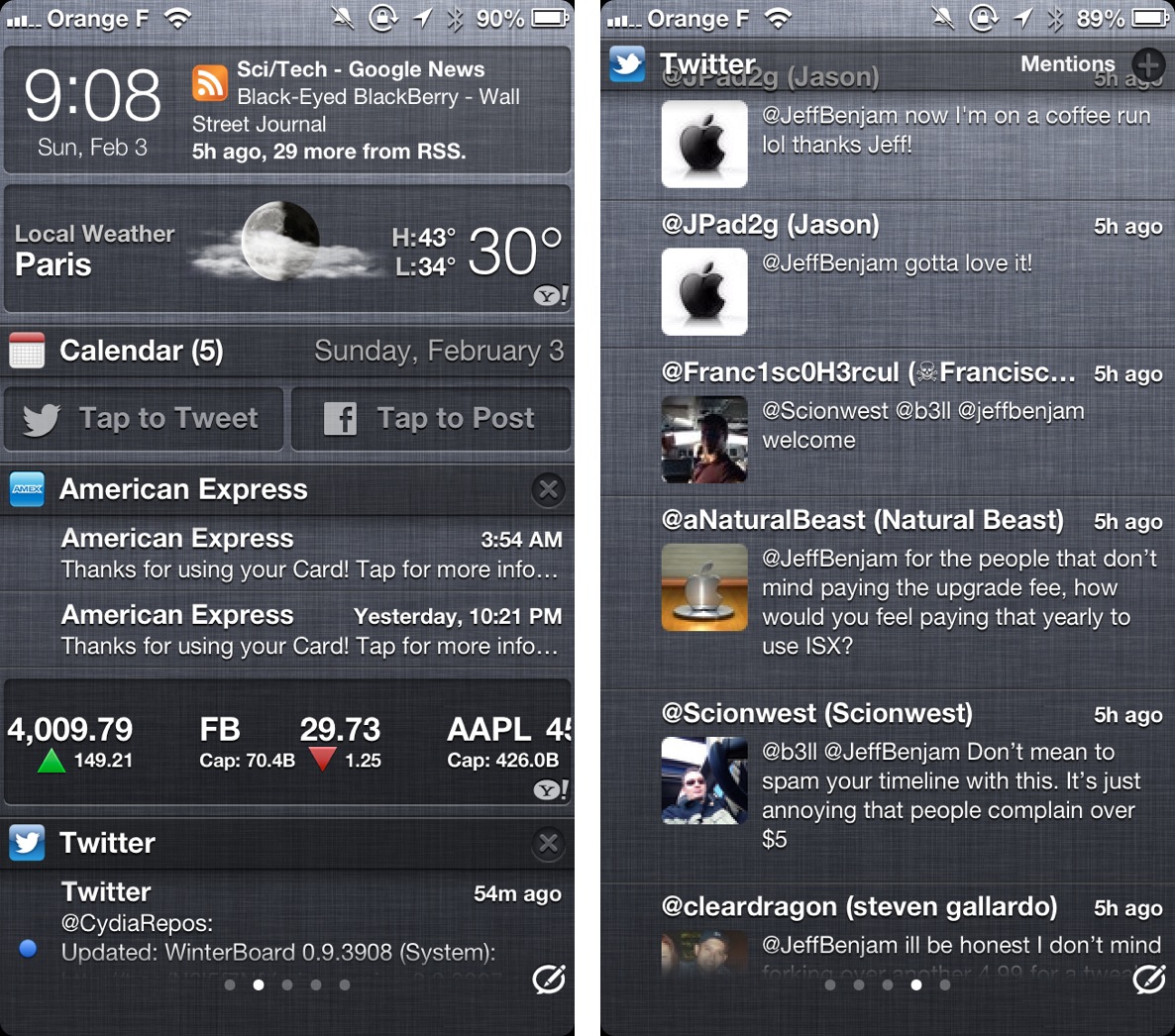 We’ve been getting asked on a fairly frequent basis over the past few weeks if we’ve heard anything about IntelliScreenX. The all-in-one Lock screen jailbreak tweak has been very popular with users since it first launched in late 2011, and it’s one of the few remaining holdouts for iOS 7.

Well this morning we finally received word from Intelliborn, the developers behind the tweak, and it’s good news. Apparently the team is almost finished with an iOS 7-compatible version of IntelliScreenX, and they are planning on releasing a beta version of it as early as next week…

The wait was worth it. IntelliScreenX 7 Beta out next week. Please RT

For those unfamiliar with the tweak, IntelliScreenX is a utility for your Lock screen that gives you information and allows you to perform actions without unlocking your device. Use it to read your Twitter and Facebook feeds, email, or view the weather, or use it to send a quick iMessage.

For reference, here’s an older version of the tweak in action:

As you can imagine, we can’t wait to check out the new version of IntelliScreenX, and the fact the developers say ‘the wait was worth it’ only adds to our excitement. The tweak made our list of ‘The best iPhone jailbreak tweaks for iOS 6,’ and we have a feeling that’ll happen for iOS 7 as well.

We’ll let you know when we have more information.