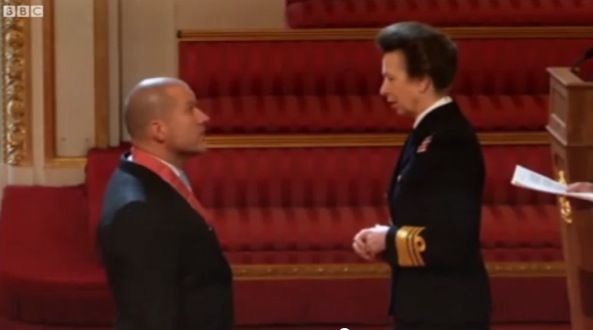 Jony Ive, Apple’s Senior Vice President of all Design across the company, is the world’s top industrial designer and likely the most powerful figure inside Apple: Tim Cook may be steering the ship and making sure the trains run on time, but it’s Jony Ive calling the shots in terms of product development and hardware/software design.

But more than twenty years ago, Ive almost gave up on his industrial design course in college, prompting renowned designer Tom Karen to meet with Ive’s father and talk some senses into his teenaged son…

Tom Karen, 87, basically talked Ive out of quitting design, according to an article Thursday by The Telegraph. Karen recalls Ive’s father meeting with him in the mid-1980s and asking him to  encourage his son to stick with an industrial design course at Northumbria University, then Newcastle Polytechnic.

I worked with his father on the panel of a design competition for students. He got in touch with me a bit later and said, my son Jonathan’s at university in Newcastle and thinking about giving up his industrial design course. Maybe you could revive his interest?

After inviting the Ives to his design company’s offices and showing them around, it would immediately dawn on Jonathan that he should stuck to industrial design and pursue a career creating wonderful objects of affection.

After finishing his studies, Essex, London-born Ive co-founded British design consultancy Tangerine which signed a contract with Apple in 1992 to help design a few products. Ive would later join the company even though the then Apple management would leave him rooting in his design bunker for years – until Steve Jobs’s return in 1997.

Steve, who had a great eye for talent, quickly settled on Ive after interviewing some of the top designers in the world, among them Richard Sapper, who designed the IBM Thinkpad, and Giorgetto Giugiaro, who designed the Ferrari 250 and the Maserati Ghibli.

Ive was named Apple’s Senior Vice President of Industrial Design in 1997. In October 2012, Apple announced that Ive was taking full responsibility of all hardware and software design across the company.

Ive’s Dad, by the way, was a silversmith who became a design technology teacher and later a schools inspector. As for Karen, the designer is proud to feel tangible results of Ive’s work at Apple – he happens to own an iPhone, Apple computer and iPad – so the circle is complete, so to speak.

Like Ive, Karen (pictured below) is also an influential British industrial designer. 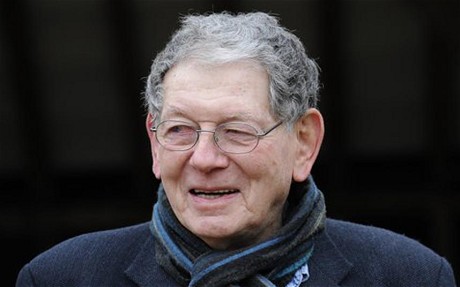 Working as Managing Director and Chief Designer of Ogle Design from 1962 until 1999, Karen is the man who designed the 1970s: from the Bush Radio TR130 radio, Raleigh Chopper bicycle and Bond Bug three-wheeled microcar to the Reliant Scimitar GTE, Marble Run and even Aircruiser II concept jetliner, to name but a few.

In 2001, he received an honorary degree from Loughborough University and in 2010 published his book titled Ogle & The Bug.

Image top of post: Jonathan Ive being knighted in May 2012.