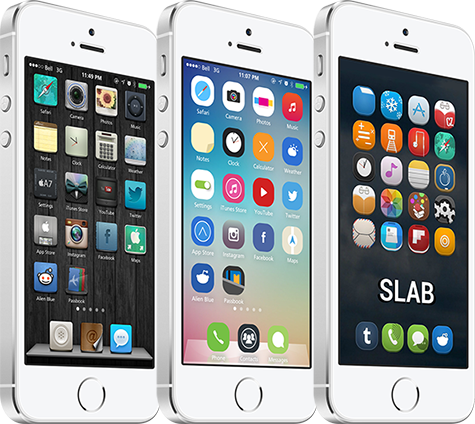 The fourth edition of Theme Thursday has arrived, a weekly column that covers some of the best theme releases for Winterboard to date. This week’s roundup continues to focus on iPhone and iPod touch themes, although many are designed for the iPad as well. Moreover, after listening to your feedback for the last three weeks, we have plans to publish an iPad theme roundup in the near future.

This week, we highlight the following themes: Jaku, Slab and Redsgn 2.0. To get the reflective dock used in the screenshots, download ClassicDock. I am also using a custom font called Cartogothic Std that is applied using BytaFont. In this edition of Theme Thursday, I provide a combination of stock images from the designers alongside my own screenshots. Take a look… 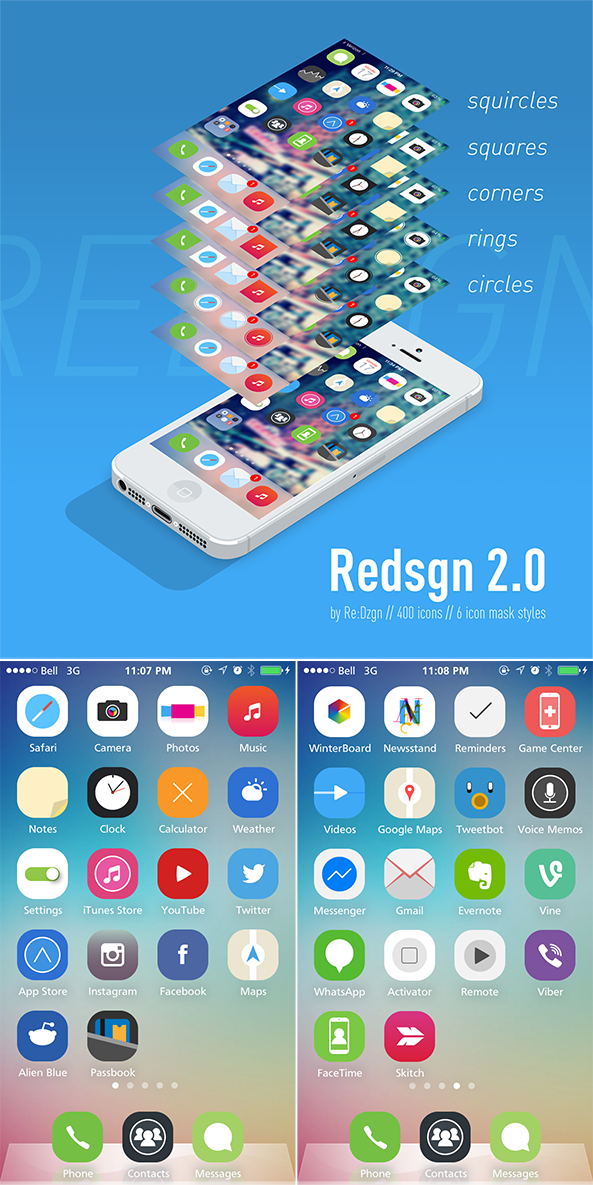 We’ve seen our fair share of themes with flat icons overlaid with white glyphs, but Redsgn 2.0 places itself ahead of the pack with an impressive 400 custom icons. I have nearly five full pages of apps, and only about a dozen or so still have stock icons.

There are five icon masks that come bundled with the theme, configurable through Winterboard: squared, squircle, round, ring and corners. Each looks great. Best of all, Redsgn 2.0 is free on Cydia in the ModMyi repo for iPhone and iPod touch. An iPad version is coming soon. 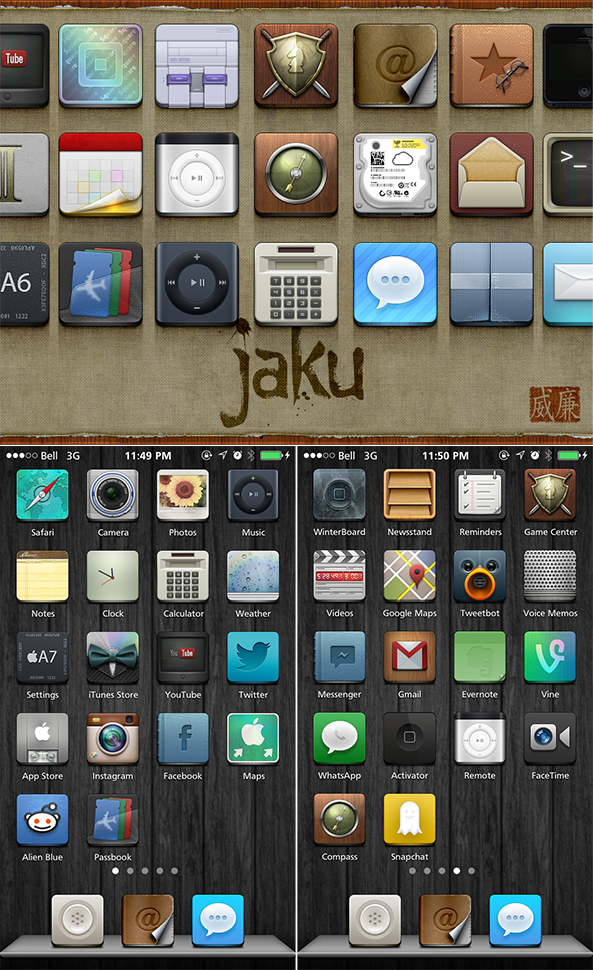 I am a big fan of Vancouver-based interaction designer William Szilveszter, the creative brainchild behind Jaku. While I think that its design is more suitable for iOS 6 and earlier, the theme remains one of the best available for iPhone, iPad and iPod touch. Each icon is so intrinsically detailed and precise. It’s quite incredible.

Perhaps what makes Jaku so great is the tremendous support it has received over the years. As a testament to how strong the theming community is, Jaku has hundreds if not thousands of custom icons available through a dedicated repository. The theme certainly lives up to its $2.99 price tag on Cydia in the MacCiti repo. A separate iPad version is available. 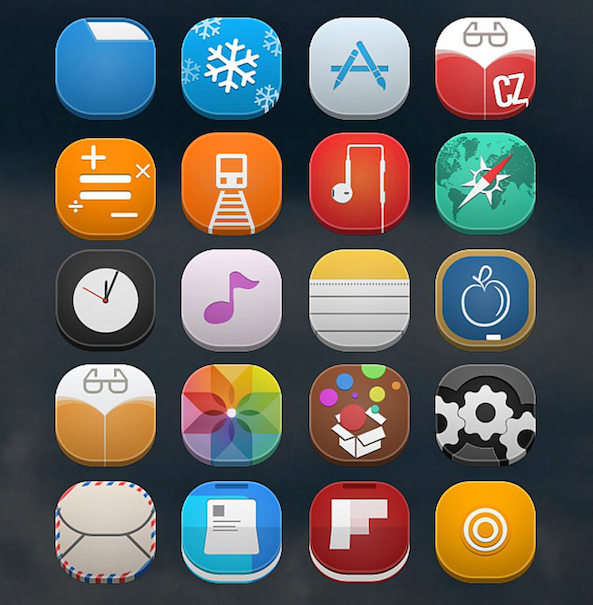 Christopher Wang has just released an update for Slab, a well-designed theme with custom icons that are colorful with countered edges for added depth. This theme has a respectable 100 custom icons, and Wang is currently accepting requests for additional ones. The icons have a rounded appearance with bright edges that looks quite nice. Slab is one dollar on the Cydia Store.

This week wasn’t a particularly busy one in terms of themes, but February 21st marks the much-anticipated release of graphic designer Surenix’s new theme called Ayeris. He is perhaps best known as the creator of Ayecon, a theme that Jeff gave a rave review for just recently. As always, be sure to leave your theme recommendations in the comments section for next week.

If you are a theme designer yourself, and would like to have your work featured in this column, gift your package to Cydia ID 6107077 and reach out to me on Twitter (@rsgnl) to connect. I cannot guarantee coverage of all themes that come across my desk, but I may include your work in a future roundup. Your theme might not be featured for a few weeks or longer, so please be patient.

Which themes would you like to see next week?