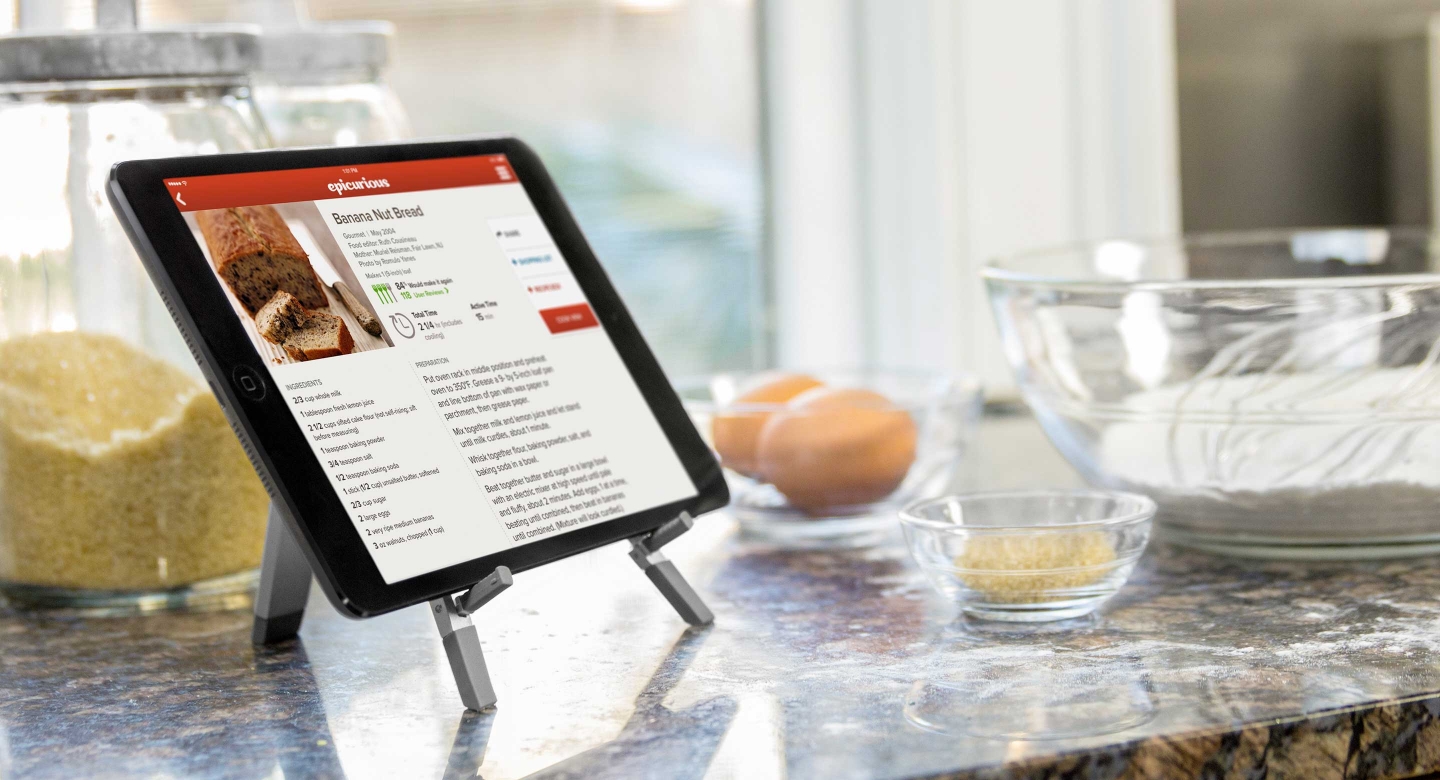 Third-party accessory maker Twelve South today announced a second-generation iPad stand, the Compass 2. The original Compass was released back in 2010 following the first iPad launch. It was available from the Apple Store and classed as one of the first accessories that put Twelve South on the map.

The Compass 2 is lighter and more stylish than its predecessor while building on the features that made the original such a compelling stand.

Like a host of similar accessories, the multi-use Compass 2 raises your device off the surface or affixes it in the low-angle typing mode. This is handy in a number of situations, ranging from enjoying your media to conducting FaceTime calls or simply giving your device a nice, elegant home on your work desk.

It works with any iPad Air, iPad mini or iPad and is available in black, red and silver for $39.99…

Thanks to clever design, the Compass 2 lets you keep your iPad fully charged while using it as a second screen because there’s plenty of room for Lighting cable – in either portrait or landscape. 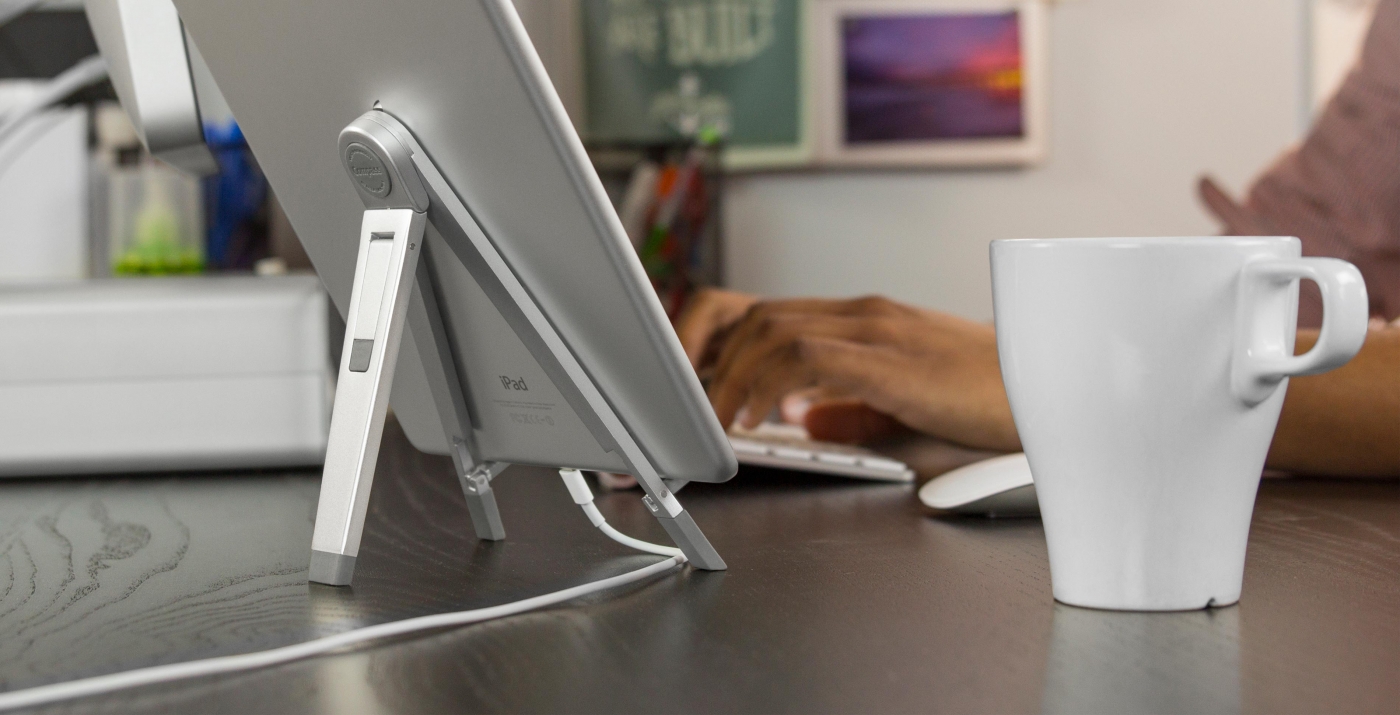 I’d pick red in a heartbeat! 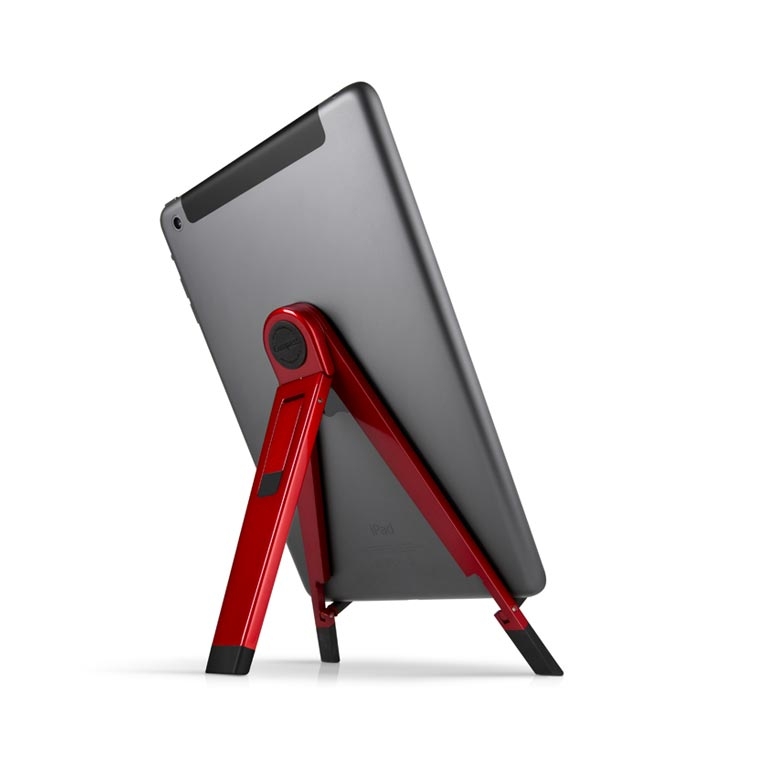 According to Twelve South:

Compass 2 is a clever, multi-use stand that works with any iPad or iPad mini. This compact stand serves as a stable easel that holds your iPad in portrait or wide-screen mode.

Use it for hands-free viewing and interacting with iPad. Flip down the secondary leg and Compass 2 becomes a comfortable typing stand. Machined from heavy gauge steel, Compass 2 folds flat and includes a soft travel sleeve so you can take it everywhere your iPad roams.

Check out the video promo below. 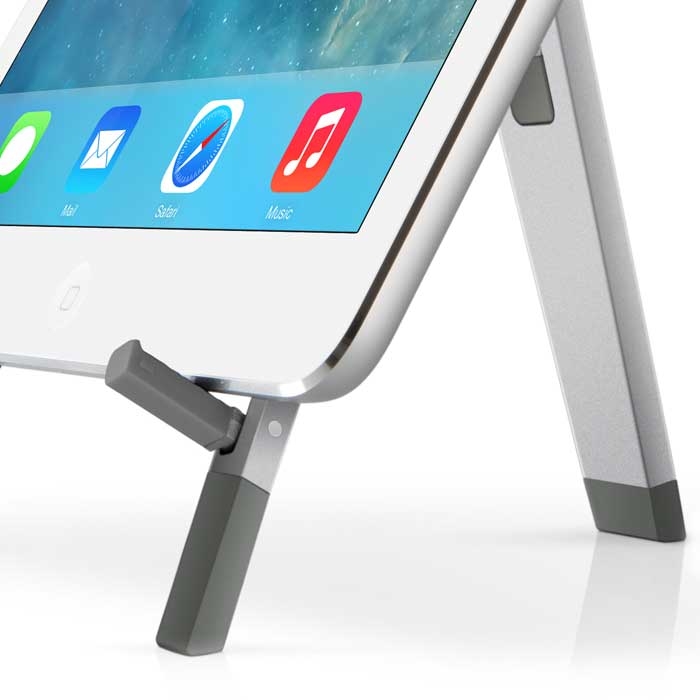 Although the Compass 2 is made from heavy gauge steel, it won’t scratch your device because they’ve covered every piece that touches your iPad in soft protective silicone, including the arm supports, upright legs and even the top logo.

And that small leg in the middle of the back leg will come in handy for prolonged text entry in the low-angle typing mode.

The Compass 2 will set you back $39.99 and the travel case is included in the box. To order one for yourself, hop over to Amazon now.