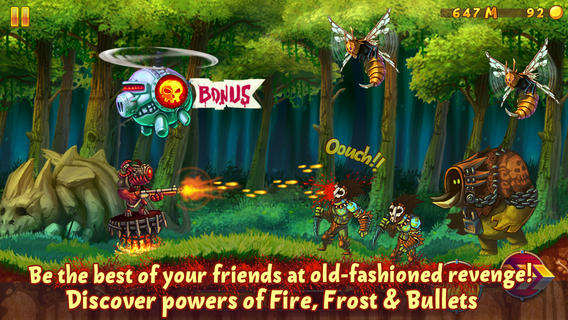 With all this news about Flappy Bird, I almost forgot that there are new, exciting, and fun games in the App Store with good quality graphics and smooth game mechanics.

Blaze&Graze is an endless runner game that lets you blast away your enemies with machine guns, lasers, and whatever else you can get your hands on. You won’t be stuck between two pipes with this fast-paced game…

In this side-scrolling endless runner, players help Rammy rescue his sheepish friends who’ve been kidnapped after his birthday party. By making a deal with the Great Sheeplord, Rammy gets a bunch of sweet weapons and powers to help him defeat his foes. 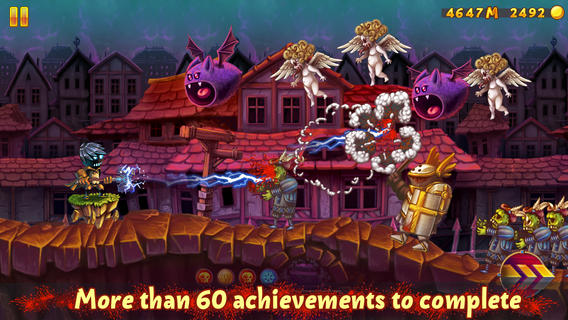 Your job is to help Rammy and his newfound destructive abilities to mow down his enemies and save his friends. You’ll be faced with flying monsters, armor protected chainsaw wielders, and super strong tanks. Luckily, Rammy has the power of the Sheeplord to help him blast his enemies. Nothing can get in his way.

While shooting down enemies, Rammy can also try to target balloons with sacks of coins in them. Coins are used to upgrade gear. You can buy new outfits with stronger powers and more destructive weapons. Get special spell casting staffs with very effective results. Add extra armor to protect yourself from bad guys you missed along the way. 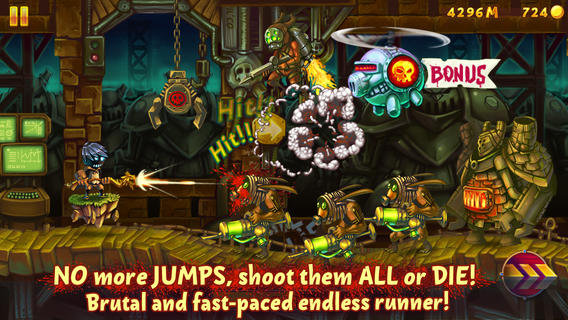 One special feature in this game is Divine Intervention. On each run, players will get a special random boost. The boost will consist of gold, power, speed, or even all three. This makes each run unique. You never know what kind of help the Great Sheeplord will present you with.

As Rammy levels up, he morphs into more of a machine than living mutton. His powers increase, making him a weapon in sheep’s clothing.

The game also features three different settings, each with unique enemies. You can customize Rammy’s look with upgrades. The game includes meticulously detailed high-definition artwork and an original soundtrack.

Blaze&Graze is available for $1.99. Download it in the App Store today.

What do you think of Blaze&Graze? “Looks way better than Flappy Bird,” or “I’ll stick with my pipes and Cheep Cheep, thank you.”

The game’s developer, Wyse Games, kindly offered us a few promo code to share with you lot. Have at it.