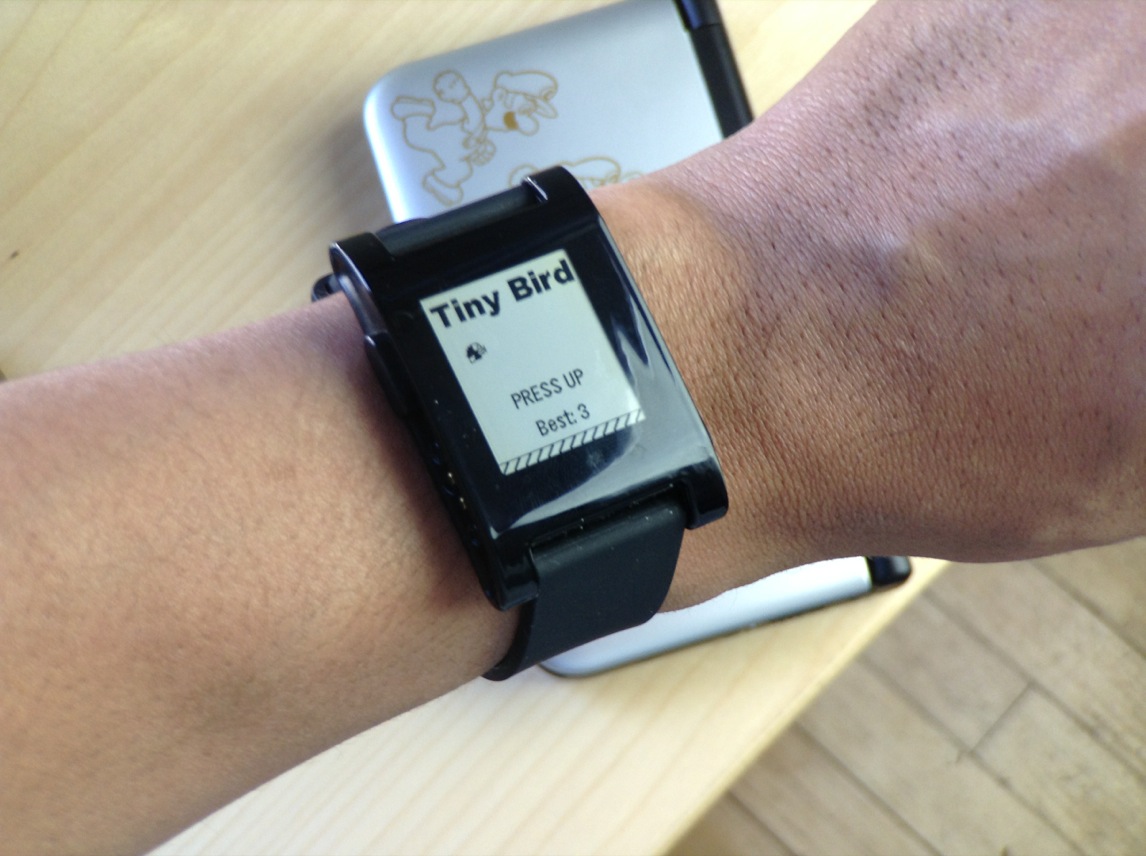 Flappy Bird continues to be all the rage even after it was removed from the App Store. In fact, it’s so popular that a Flappy Bird clone named Tiny Bird was created for the diminutive Pebble Smartwatch. The gameplay is much the same, although it is significantly less forgiving than the game that inspired it (if you can believe that).

Inside I’ll show you how to get Tiny Bird on your Pebble watch. And yes, I even have video of my embarrassing hands-on gameplay.

To get Tiny Bird on your Pebble watch, you’ll need to make sure you have the Pebble Smartwatch application installed on your iPhone. Launch the app, tap on Games and you should see Tiny Bird under the Recently Updated section. Tap the Add button to add the game to your Pebble.

It’s a painful experience…you’ve been warned

Once installed, the game should launch immediately. If you want to ever relaunch the game, press the middle button and scroll down until you find Tiny Bird.

Playing the game is similar to Flappy Bird, but as mentioned, it’s much less forgiving. Instead of using taps on the screen, you have to press the up button on the watch. It’s excruciatingly tedious and downright frustrating to play. Flappy Bird is like a walk in the park when compared to playing Tiny Bird on the Pebble’s tiny e-ink screen with its horrible refresh rate. 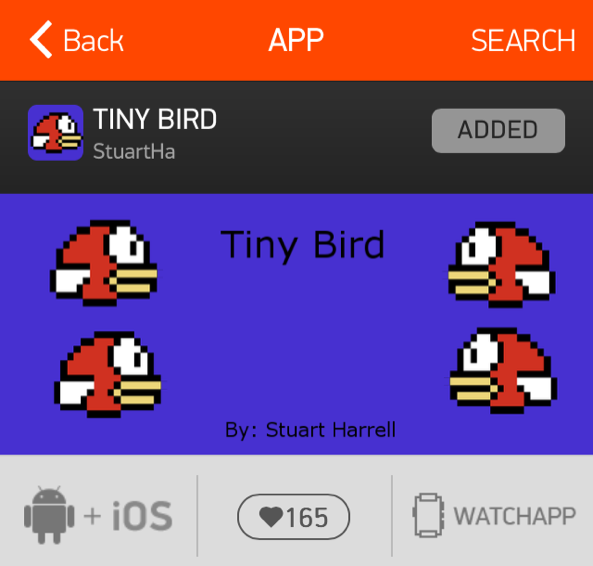 You’d be best off just watching the video above and saving yourself the pain of experiencing Tiny Bird. It’s so frustrating that you probably won’t bother playing it after the initial try.