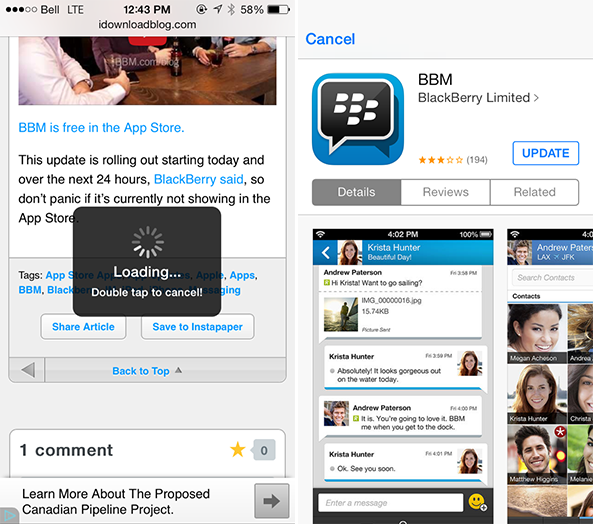 When you tap on an app link on your iPhone or iPad using Safari or otherwise, you are automatically redirected to the App Store to make a download or learn more details. The transition is rather cumbersome, however, as it is essentially a two-step process that requires you to return to the app you were originally using via the Home screen or multitasking menu.

QuickStore 2 is a brand new jailbreak tweak that aims to solve this minor inconvenience by allowing users to launch the App Store directly from the app they are using at the time. This is achieved through a pop-up window that loads when you tap on an app link anywhere on iOS, including websites like iDownloadBlog. Details inside… 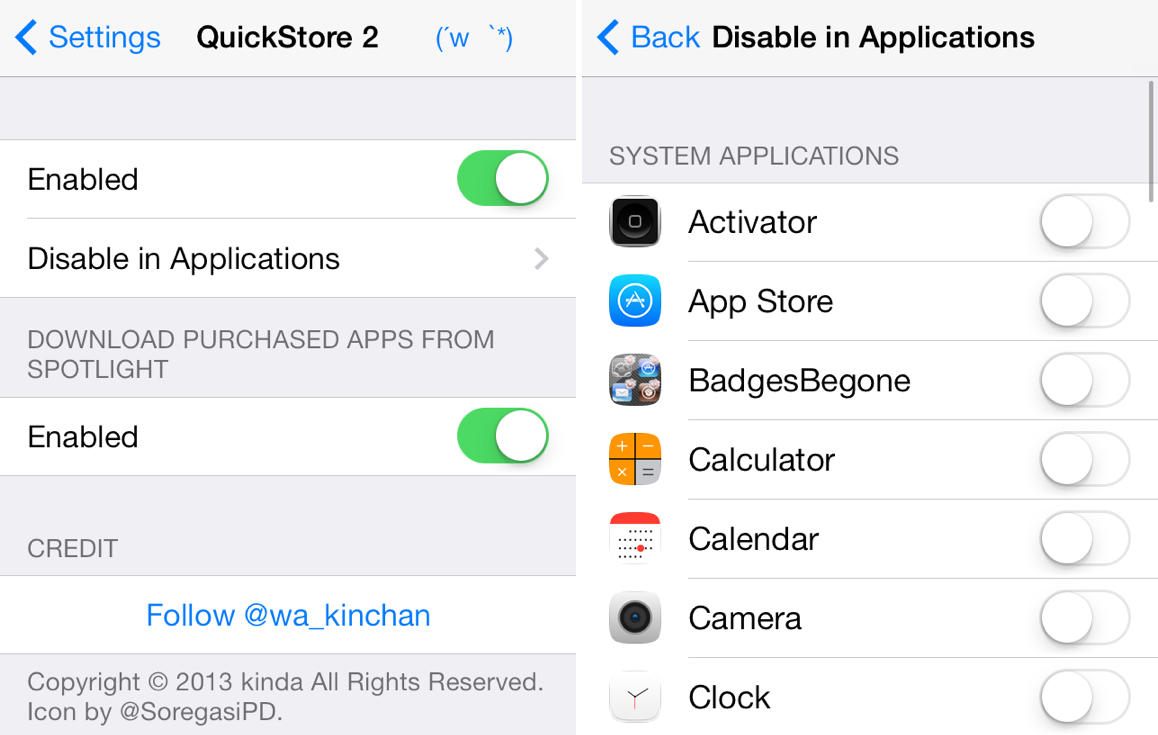 While this is mainly a plug and play tweak, in the sense that it works right after installation, there are a few options that can be configured through the Settings app. In addition to a toggle for enabling or disabling QuickStore 2 altogether, there is also a menu for disabling the tweak in individual system or third-party applications. You can also toggle the ability to install purchased apps through Spotlight.

QuickStore 2 is available now on Cydia for 99 cents in the BigBoss repository. The tweak, developed by Japan-based Kinda Dev, supports all iOS 7 devices and has worked without any issues on my iPhone. I’m not sure if the price tag is worth the simple functionality this tweak provides, but I could see the value if you consider yourself an App Store power user.