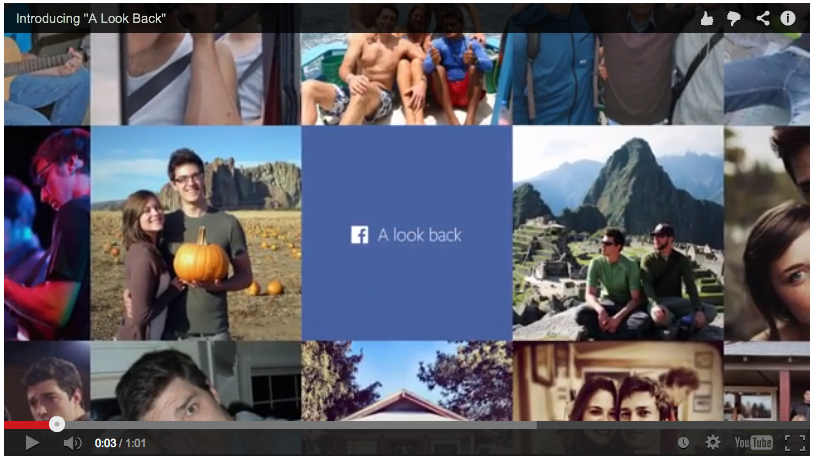 It’s hard to believe it, but Facebook celebrates its first decade anniversary this week. That means that 10-years ago, Mark Zuckerberg and pals were in their Harvard dorm rooms making history, launching what would become the largest social network of all time.

And to help commemorate the occasion, Facebook has launched a new feature called ‘Look Back.’ Starting today, Facebook users will begin receiving notifications saying that a video summary of all of their Facebook activity has been compiled, and is ready to watch…

The Verge has some background info on the new feature:

“A small team at Facebook spent the last few months crafting the videos and ensuring that the company had the necessary resources to render hundreds of millions of HD videos and send them out to users. Facebook has issued Year In Review compilations before, after all, but never in video form. Two groups within Facebook played a particularly important role: Everstore, the team in charge of media storage, and Moonshot, the team tasked with allocating idle server power to doing some heavy lifting whenever possible.”

Each user’s ‘Look Back’ compilation clip contains about 15 or so of their most-liked photos, statuses and life events. The images are shown off in a slide show-esque format, with cheesy background music and transitions, and popover text offers info like your join date.

Here’s an example of a Look Back video:

Although it might not seem like an impressive feat, few companies are capable of doing something like this—rendering 60-second-long videos for hundreds of millions of users. If you want to see if your Look Back video is ready, sign in and visit Facebook.com/lookback.