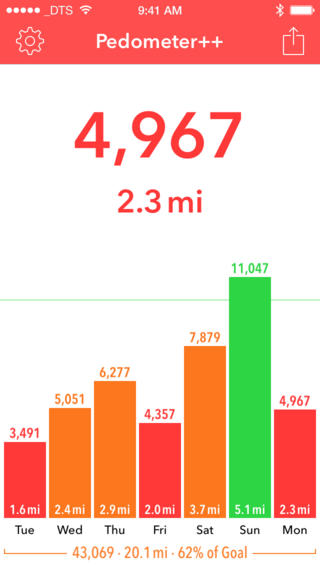 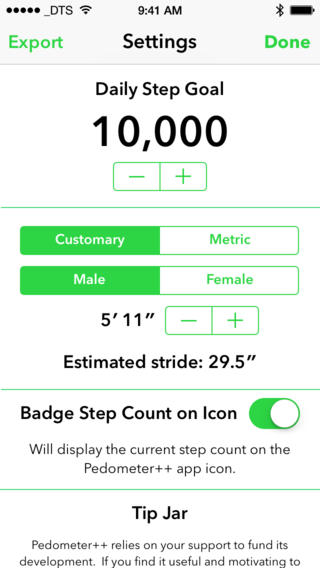 David Smith’s Pedometer++ was one of the first apps on the block to come out with support for Apple’s new M7 motion coprocessor found inside the iPhone 5s. A bunch of health and fitness apps on the App Store have since integrated with M7 and today a new and totally revamped version on Pedometer++ has arrived.

As the M7 chip can log up to seven days worth of step information, Pedometer++ 2.0 now lets you view a whole week at once on a single screen.

This is nice if you want to quickly check out your performance on a weekly basis. There’s no need to leave the app running as iOS 7 automatically captures your motion data, as defined in your iOS Settings > Privacy > Motion Activity.

To export your step counts for use in other applications, use the new Export option nested inside the app’s settings. This will create an email message with your step history as tab-separated values. 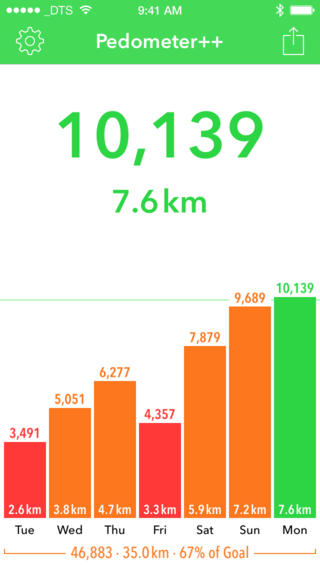 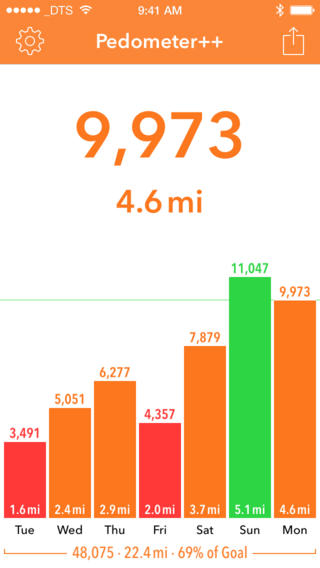 Sharing on social networks (Facebook, Twitter, Flickr and others defined in iOS Settings) will attach an image of your weekly performance chart. Here’s Pedometer++ on the iPhone’s Home screen, with the app badge showing the current step count. 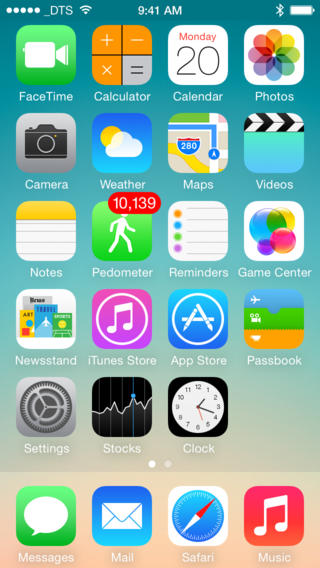 According to the app’s developer David Smith, Pedometter++ comes with a guilt factor:

This app has generated more guilt than anything else I’ve ever created. I am constantly hearing from people who say that they open the app and are shocked at how little they actually move in a day.

I know for myself it wasn’t until I actually measured it that I realized how sedentary my life was. It is sobering to see that you only took 2,000 steps in a day and realize just how unhealthy that likely is.

Go ahead, grab Pedometer++ now for free in the App Store.

The app supports iOS 7.0 or later and requires an iPhone 5s.