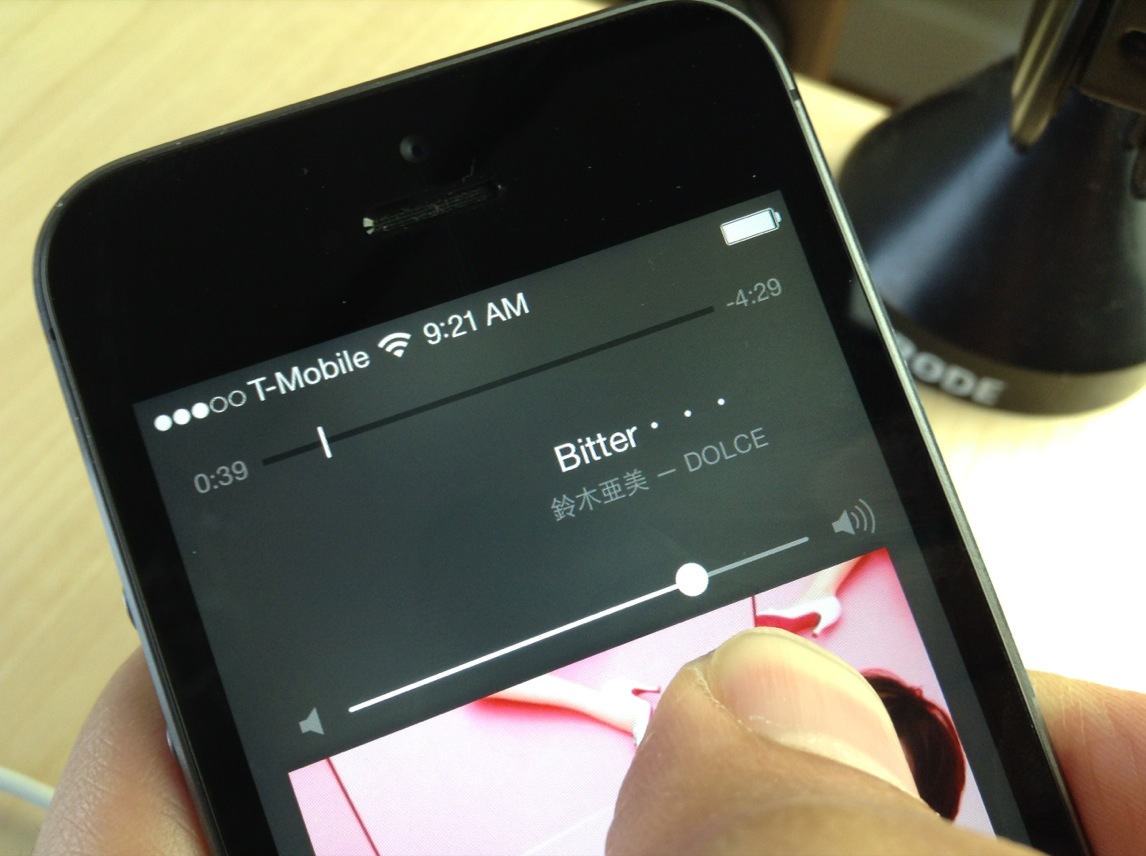 Users can play and pause music, skip to the next song, go back to the previous song, and even share the now-playing track via social media. Have a look inside as we step through each of the features offered with Gesture Music Controls.

Once you install Gesture Music Controls, there are no options or anything else to configure. Although the tweak works with third-party music apps, it’s best to start out with the stock Music app, because the stock app features more functionality.

With third-party apps, you have to rely on the Control Center and Lock screen controls. Each of the swipe gestures for the Lock screen and Control Center are exactly the same as they are in the stock Music app, sans the tap and hold gesture to use star ratings.

Although Gesture Music Controls is a neat idea, I don’t like that it removes the ability to use music scrubbing while installed. In fact, it completely eliminates all of the transport control buttons with the idea that you’ll be using gestures full-time instead. It would have been nice if we could have had both.

If you’d like to try the tweak, head over to Cydia’s BigBoss repo where it can be had for $0.99. And be sure to let me know what you think in the comments below.