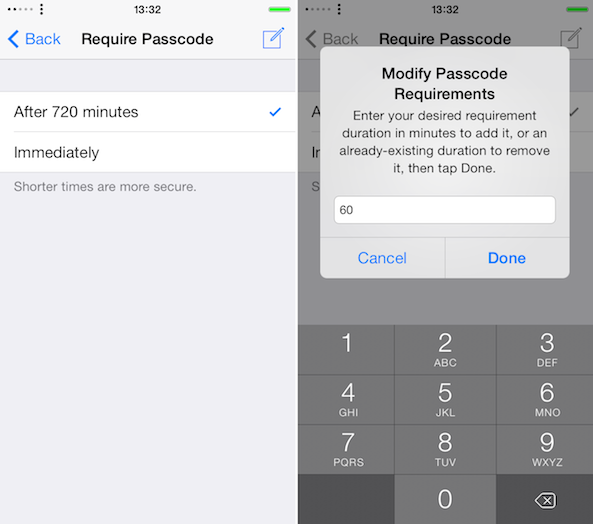 If you’ve been listening to either Let’s Talk Jailbreak or Let’s Talk iOS, you’ve probably heard Cody and I rant about the fact that you can’t use Touch ID for iTunes purchases without either using Touch ID or a passcode to unlock your device.

Since I first got my iPhone 5s, this has been a big annoyance. I do like the simplicity and security that Touch ID brings to my purchases on iTunes or in the App Store, but I do not want to use Touch ID or even a passcode to unlock my device. As it turns out, Apple won’t let you do one without the other.

Before we get into the tweak, let me share some details about my situation to address what would likely show later in the comments as “why the hell don’t you want to use Touch ID to unlock your device?”

Touch ID is the best protection I don’t need

I love Touch ID and I believe it brings an insane level of security to your device while making it extremely easy to use. You don’t have to remember long strings of characters or anything of sort to use it. Just put your finger on the Home button and done.

Well, that’s when it works anyway. Because when it doesn’t work (maybe because your finger is wet or greasy, or any other possible reason), it’s just frustrating to have to try to put your finger several times on the Home button to unlock the device. First world problem, right?

The reality is that before Touch ID, I never used a passcode on my device because I spend most of my time at home. If I do travel or go to the city for an extended period of time, then yes, I’ll set a passcode that I will quickly disable as soon as I get home.

Now that we have Touch ID, my security habits haven’t changed much. I want to slide to unlock my device without any security measure, be it a passcode or the use of Touch ID. But as I explained above, you can’t have the convenience of Touch ID to make purchases in iTunes without having to use Touch ID or a passcode to unlock your device.

PassTime allows me to get the best of both worlds.

PassTime’s goal isn’t to let you use Touch ID purchases independently of iPhone unlock. Its goal simply is to let you change the time interval for which your passcode is required. When I first read its description in Cydia, I knew right away that this tweak could be used as a workaround to my problem.

Compatible with any iPhone capable of running iOS 7, PassTime lets you set a custom time duration for which your passcode isn’t required.

After downloading the tweak, simply go to Settings > General > Touch ID (or Passcode Lock, on devices other than iPhone 5s) > Require Passcode, and create your own time interval.

Now with PassTime, you can customize that time to whatever you feel comfortable with. Simply tap the Create icon at the upper right and enter the duration of your choice in minutes.

In my case, I used 720 minutes, which equals to 12 hours. This means that for 12 hours, I will be able to simply Slide to Unlock in order to access my device. After 12 hours, of if I reboot my device, then I will have to put my finger on the sensor to unlock the device. After that, I’ll be set for another 12 hours.

Again, your device doesn’t have to have Touch ID in order to benefit from this tweak as it works just as good with the standard passcode duration interval.

I’ve been using this tweak since last night only, but I am extremely happy with it so far. It works exactly as advertised and I’m glad I can finally use Touch ID for purchases without having to overprotect my iPhone.

As always with jailbreak tweaks, your interest in PassTime will greatly depend on your needs. If your need is to customize the passcode requirement duration, then give PassTime a go. It’s available for $0.99 in the BigBoss repo.

Note that when you purchase PassTime, you automatically get a free copy of Julian Weiss’ other tweak called LongerAutoLock, which Jeff demos in the video above. LongerAutoLock lets you customize the Auto-Lock duration.