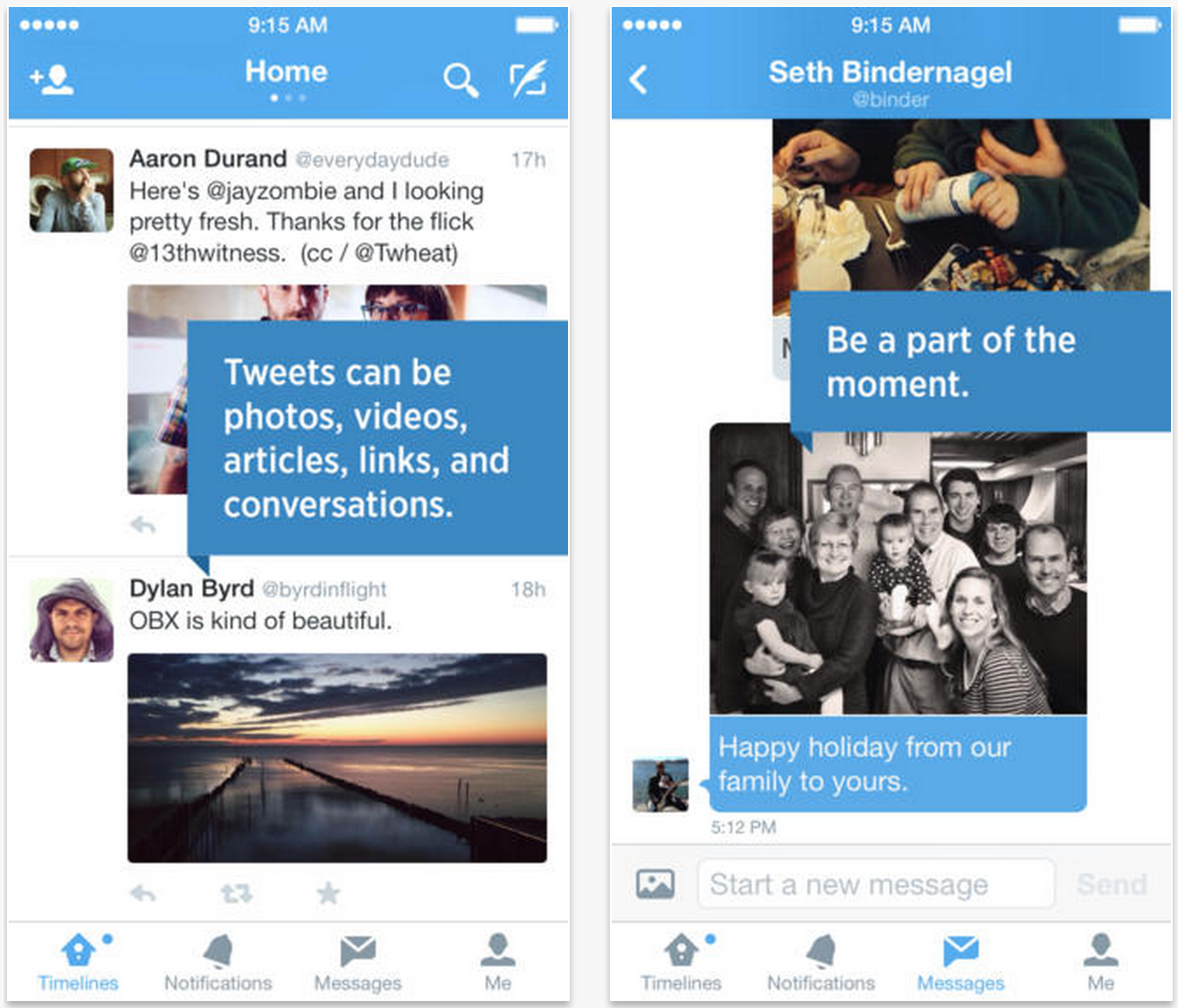 Folks who use the native Twitter app will be happy to hear that the social network has updated its official iOS client this afternoon. The update brings the app to version 6.1, and it includes a number of enhancements and improvements.

On the enhancements side, Twitter has made it so that users can quickly reply to a Tweet with a photo, as well as easily mention others when Tweeting a photo. And on the improvements side, it’s made photo editing easier to do on the fly…

Here are the release notes for 6.1:

This release includes enhancements to Tweet replies and the photo viewer.

• Click on a Tweet and reply with a photo by selecting the gallery icon.
• Easily mention other users when you Tweet a photo.
• Improvements to the photo cropping and image rotation.
• Various improvements to the photo viewer.
• Users with login verification enabled no longer need temporary passwords to log in to their device.
• When you’ve read all the latest Tweets, pull to refresh and see recommendations for new content on Twitter.

This update of refinements comes a little over a month after Twitter completely revamped its iOS app. Twitter 6.0 brought about a new design with new navigation tabs, as well as the ability to send and receive photos in Direct Messages, and more.

So I guess what I’m say is that if you haven’t tried the Twitter app in a while, it’s worth checking out, as it’s undergone several changes. If you’d like, you can find the latest version of Twitter for both the iPhone and iPad, from the App Store for free.