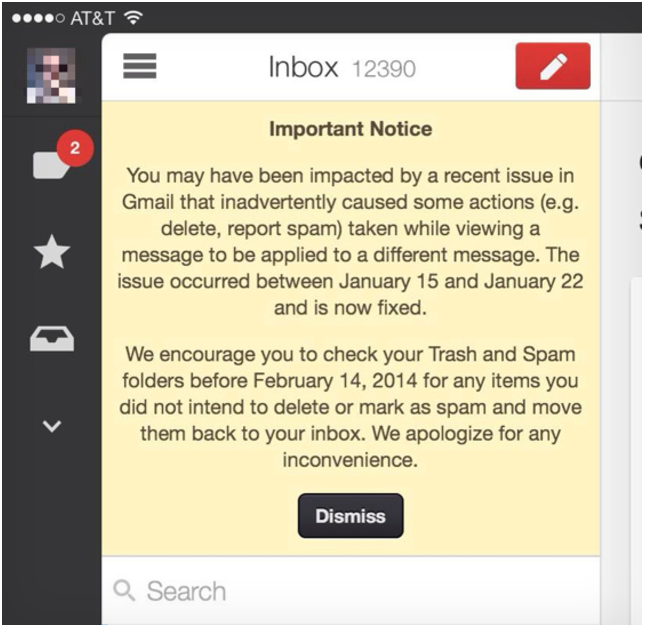 A nasty bug has been discovered in Gmail that may have had you accidentally delete your email messages while reporting others as spam, Google warned Wednesday. The issue occurred on the web, the Gmail web app and its iOS application between January 15 and January 22 and is now fixed, the Internet giant said. You may want to take a look inside your spam and trash folders for any messages sent between January 12-21 that don’t belong there…

The Verge first reported the bug, which became public after an unknown portion of Gmail users were greeted with the following message:

You may have been impacted by a recent issue in Gmail that inadvertently caused some actions (e.g. delete, report spam) taken while viewing a message to be applied to a different message. The issue occurred between January 15 and January 22 and is now fixed.

There’s no telling who’s been affected other than manually checking your trash and spam folders for any miscategorized messages. I just checked the spam folder in both my private and work Gmail account and noticed dozens of valid messages categorized as spam!

For any messages you did not intend to delete or mark as spam, Google recommends moving them back to your inbox. You can do so using in the Gmail web interface or the free iOS app by opening a message and choosing Not Spam at the top. 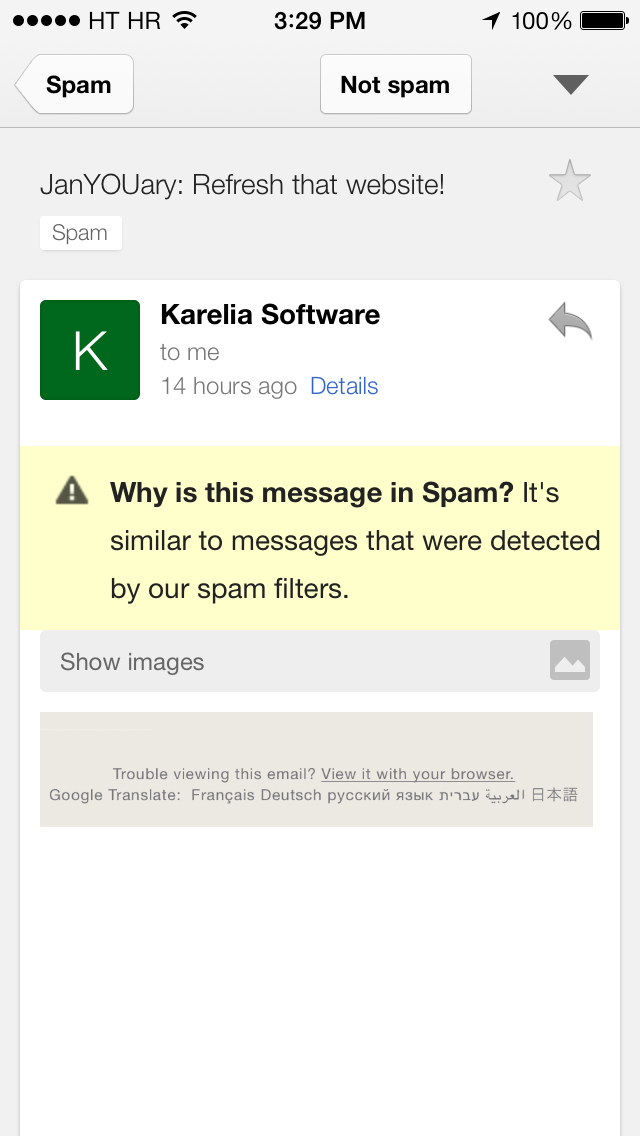 This will move the message back to your inbox and instruct Gmail’s algorithms not to treat it as spam anymore. Google has been experiencing some hiccups with Gmail lately.

Just days ago, the email service went down worldwide for about half an hour because buggy code took down some of the servers.

Have you been affected by this issue?