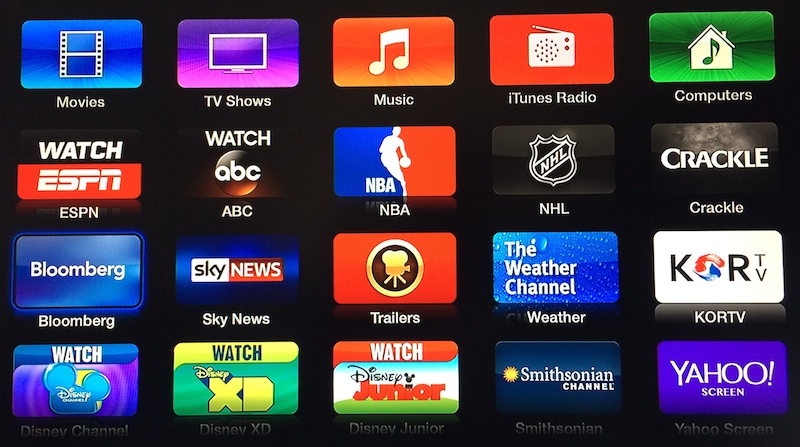 Piggy-backing on a report last week by iLounge which heard from sources that the next Apple TV set-top box will support wireless game controllers and possibly an app store for games, another reliable blogger has chimed in with additional tidbits.

Long story short, a much improved Apple TV hardware refresh is thought to include an 802.11ac wireless router functionality by way of AirPort Express integration. It should also come with a built-in TV tuner to control your existing cable boxes and TV stations and include gaming functionality.

Mark Gurman, writing for 9to5Mac, heard from “solid sources” that Apple TV prototypes with the aforementioned features are being tested. One of the prototypes reportedly has an integrated 802.11ac wireless router for three times faster Wi-Fi access.

Apple is thought to have considered combining the Apple TV and AirPort Express products into a single box due to the current-generation Apple TV’s issues with wireless streaming, Gurman explains.

It’s likely that video quality and stability would be improved versus older versions of the device, which have needed to connect to a separate wireless router, often in another room.

Putting everything in one box could make the overall experience simpler, while allowing the router to deliver peak video performance for the Apple TV and de-prioritizing other wireless traffic as necessary.

I own the latest AirPort and Apple TV and he’s right on having to connect to a separate router: whenever my Apple TV is connected to the same local network as the rest of my home office gear, it just wouldn’t stream videos smoothly if other devices were accessing the network simultaneously.

It’s not a matter of speed (I have 30MBps broadband) as the video would have issues streaming even if I’m only browsing the web on my iPad – it’s been driving me nuts.

As for the built-in TV tuner, the author speculates that a user “will be able to connect their existing set-up to this Apple TV and get an Apple-designed user-interface atop their content”.

I’m not so sure Apple would be content with letting folks control their existing cable boxes/TV stations, especially if Hollywood majors have the final say over it. On the other hand, the Xbox One integrates with your cable boxes so it could be a non-issue, as far as rights holders are concerned.

As for the much-rumored gaming functionality, it was about the time Apple brought apps to the Apple TV.

Unless I’m reading the reports wrong, an Apple TV App Store storefront app will run on the next Apple TV, much like the App Store on your iPhone and iPad.

And yes, the games should download straight to the box so prepare to say good-bye to the choppy AirPlay streaming!