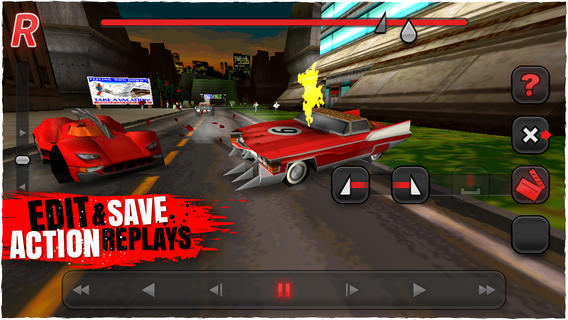 Stainless Games unleashed Carmageddon on the App Store back in October 2012 and today it goes free as the App of the Day app. This classic carnage racing game has earned its notoriety way back in 1997, when the original PC release caused quite a commotion among the purists and censors due to its graphical violence.

The iOS version has been toned down a bit to placate Apple’s censors, though you can still run over pedestrians who stay out on the streets at their peril. And watch out for the cops in their super-tough armored patrol vehicles…

Again, the game is pretty violent and bloodthirsty.

Maybe I should let the trailer do the talking instead.

It would be a shame to pass on such a nice game so go ahead and download it now from the App Store before it goes back up again to its regular price of four bucks a pop.