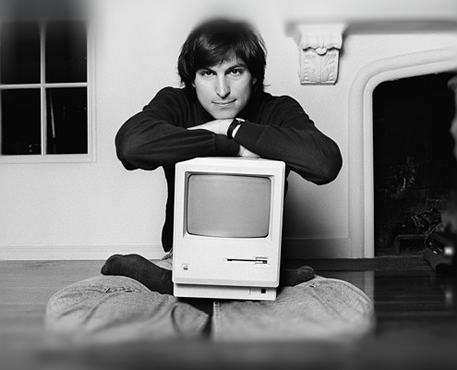 This one’s a stretch, but Apple’s Macintosh is soon celebrating its 30th anniversary and advertising legend Lee Clow hinted in a pair of tweets that the company just might celebrate the occasion by running an ad during the Super Bowl XLVIII.

Clow was Steve’s personal friend and he is the Chairman, Global Director and former Chief Creative Office of TBWA\Worldwide, one of the world’s top ad shops.

More importantly, the advertising guru helped create Apple’s ‘Think Different’ slogan, the iPod silhouettes ad series and the famous ’1984′ ad, which was directed by Ridley Scot and televised as part of the third quarter Super Bowl XVIII telecast on this day thirty years ago.

So, is Apple going to run this epic ad (or a new one) during the upcoming Super Bowl?

It was never ever officially broadcast again.

It would only make sense to celebrate the Mac’s 30th anniversary by airing a reworked version of ‘1984’ during the upcoming Super Bowl XLVIII, don’t you think?

But is it really going to happen?

’1984‘ is hailed as one of the most memorable and successful American television commercials of all time. A watershed event and a masterpiece, the ad stunned TV audiences worldwide. As news programs rebroadcast the ad that night, it garnered millions of dollars worth of free publicity.

Apple tweaked it in 2004 as part of the 20th Mac anniversary by adding an iPod to the heroine (played by English athlete Anya Major) along with signature white earbuds, with a little help from CGI.

Here it is right below.

The iconic commercial has been ripped off and copied countless times.

Apple’s ‘1984’ plays on that tyranny theme by depicting IBM as Big Brother (voiceover: David Graham) and the Mac as a creative spark that would free individuals from IBM’s overbearing control.

Of course, haters are always quick to point out that Apple has become the exact epitome of a totalitarian entity which seeks to control all aspects of its customers’ lives, just what its commercial railed against in the first place.

Look no further than Motorola’s 2011 commercial, seen below, which exploited Apple’s ad to promote its inaugural Xoom tablet.