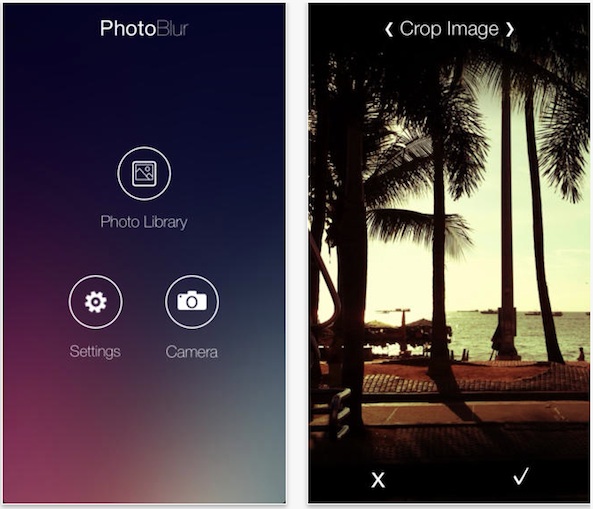 Shortly after iOS 7 was released to the public, users everywhere were on the search for wallpaper apps that complimented the new design. These days, blur is the new 3-D. There is even a blurring effect jailbreak tweak that makes your camera controls transparent.

PhotoBlur is a new app that lets you flatten and distort your pictures into a beautiful mess like many other apps like it. However, this one is different because it also lets you overlay the original images and add captions so your Lock screen will look dynamite…

A few months ago, we told you about Blur. The simple, but effective app let you use images from your device’s photo library to create stunning blurred pictures that could be saved as wallpaper.

This app takes it a step further by giving you the ability to add captions, overlay images, and more. Not only will your iPhone’s background look great, but you can share it with friends and family through Facebook and Twitter so they can make their iPhones look great, too.

With PhotoBlur, you can add images from your iPhone’s photo library or take a picture using the in-app camera. Then, crop the image to fit how you want it to look as a Home or Lock screen wallpaper. When you blur it, the picture will flatten and smooth out so that you can’t tell what it was before. 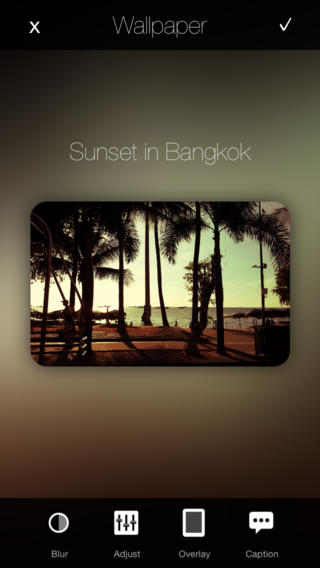 However, you can overlay the original image on top of the blurred effect so that your winter sleigh ride will look like album art in a cool third-party music app. You don’t have to use the original photo either. You can overlay the blur with any image. You can also flip the picture and increase or decrease saturation and brightness.

If you want to add a personal touch to your already personal wallpaper, add text captions using one of seven different available fonts.  Test your new look by double tapping the screen to preview your wallpaper. This is a great feature since most blurring effects apps make you save the image to your photo library before you can see it as wallpaper. 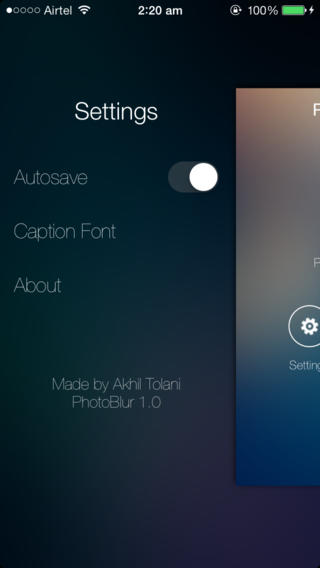 PhotoBlur costs $1.99. Before you get all bristly about the cost (I think it is a bit expensive, too), consider this: The app’s developer, Akhil Tolani is only 16-years old. He likes playing video games, drawing, and playing ping-pong. He is also “not at all good at studies.” Doesn’t that just make you want to support his app development career? PhotoBlur dev is also know in the jailbreak community as Saltb0x. He came up with tweaks such as MyAssistant, LockLauncher, and Imperium.

Do you like the blur effect for iOS wallpaper? Will you get this app?

Akhil was kind enough to send us 15 promo codes to share with iDB readers. As always this is first come first served, and these codes will likely go in a matter of minutes, so hurry. Click here if you don’t know how to redeem a promo code.