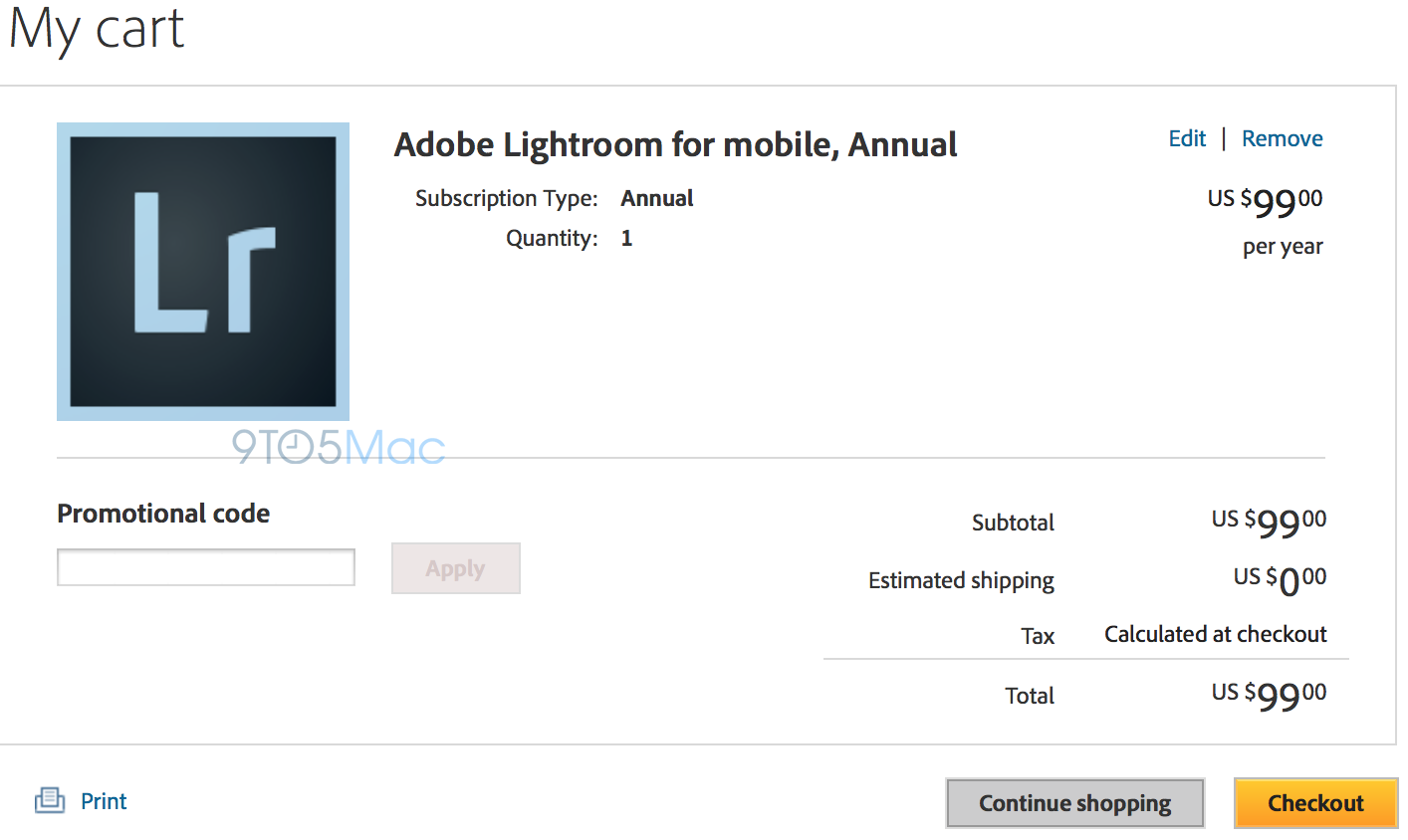 An accidental (or was it?) posting on the Adobe website has revealed that the Photoshop maker is working on a mobile version of its Lightroom photo management software. Adobe released Lightroom 5 for Mac and Windows PCs last summer and has previously shown off an unnamed prototype iPad app at the Photoshop World show in Las Vegas. It looks like Lightroom for iPad will have feature parity with its desktop counterpart…

Seen top of post: a screenshot 9to5Mac grabbed from a page on Adobe’s website, now deleted, which shows an entry for ‘Adobe Lightroom for mobile’.

Although the entry makes no specific mention of iPad support, the publication learned that a chat representative from Adobe was able to pull up details about Lightroom for Mobile from Adobe’s systems and said that “it is built for iPad”.

An iOS version of Lightroom should come with a price of $99 for an annual cloud subscription license. It’s possible there will be a cheaper version without Adobe Creative Cloud integration.

Lightroom for iPad is a matter of ‘when’, not ‘if’.

At the Photoshop World show in Las Vegas, Adobe’s Tom Hogarty demoed a Lightroom-esque iPad app which promised to bring pro-grade photo editing and image manipulation capabilities to the owners of the Apple tablet.

He specifically showed off RAW image editing right from a digital SLR camera on an iPad, check it out below (mark 19:00).

If Creative Cloud suite is an indication, Lightroom for iPad should include Adobe’s Lightroom Smart Previews technology that allows customers to edit images without accessing the full-resolution versions.

The editing capability is also highly possible, as is full access to your Lightroom library on the go, as evidenced by the ‘Take Lightroom anywhere’ tagline.

Apple is also rumored to be working on an iOS edition of Aperture, but we haven’t seen any concrete evidence that would prove that the software existed.