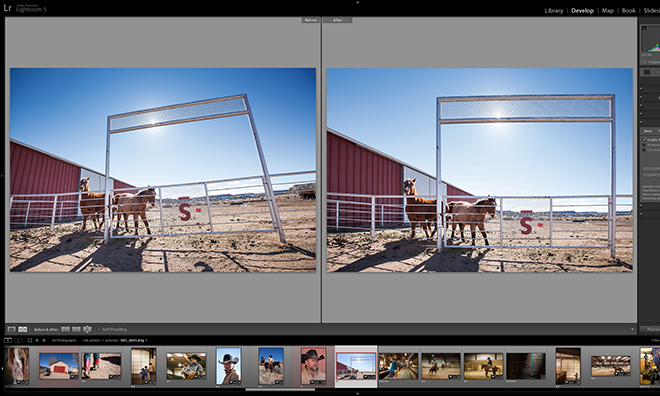 Working with huge images can become a pain in the-you-know-what as your library grows in size.

To help mitigate the issue, Lightroom 5 includes a Smart Preview technology which generates smaller thumbnail files, with adjustments or metadata additions being applied to the full-size originals later. 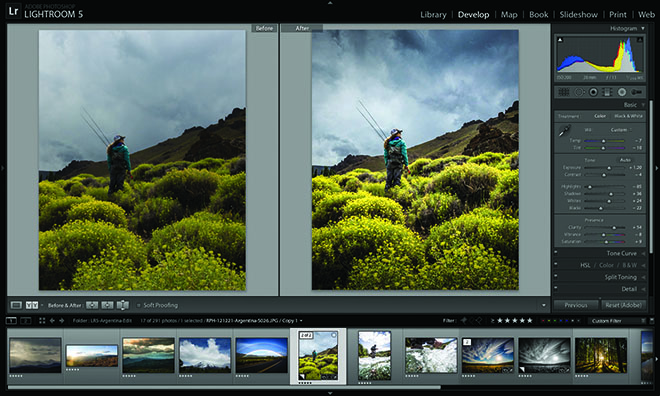 Check out the introductory video:

– Advanced Healing Brush: Remove distracting elements with a single brush stroke. Adjust the size of the brush and move it in precise paths. Unwanted objects and flaws—even those with irregular shapes like threads—just disappear.

– Upright tool: Straighten tilted images with a single click. The new Upright tool analyzes images and detects skewed horizontal and vertical lines, even straightening shots where the horizon is hidden.

– Smart Previews: Easily work with images without bringing your entire catalog of original images with you. Just generate smaller stand-in files called Smart Previews. Make adjustments or metadata additions to the Smart Previews and apply your changes to the full-size originals later.

– Improved photo book creation: Create beautiful photo books from your images. Lightroom includes a variety of easy-to-use book templates, and now you can edit them to create a customized look. Upload your book for printing with just a few clicks.

– Video slideshows: Easily share your work in elegant video slideshows. Combine still images, video clips, and music in creative HD videos that can be viewed on almost any computer or device.

The application requires a Mac or PC with at least 2GB of RAM (4GB is recommended), 2GB of available storage space and a 1,024-by-768 screen.

Lightroom 5 comes included in your Creative Cloud subscription. A standalone version costs $79 if you’re upgrading from an older version, or $149 for new users.

Last month, Adobe showed off a yet unnamed prototype iPad app which boasted pro-level photo editing and image manipulation capabilities. It is believed to be a Lightroom companion app, though the company has kept mum on the matter since. 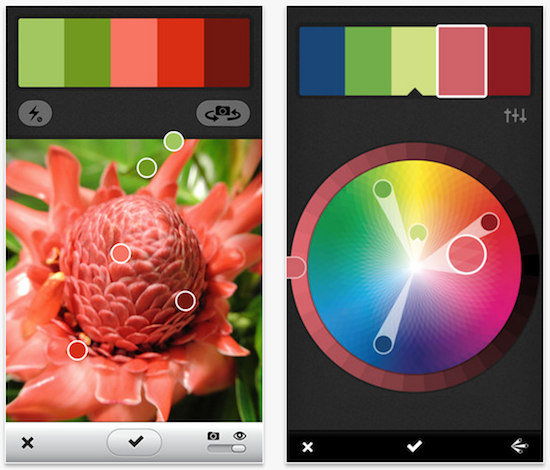 Two weeks ago, the company released its latest iPhone app on the App Store.

Dubbed Kuler, it’s basically a free color-picking app which turns your camera snaps into customized color themes that can be used in your own designs, as depicted in a pair of screenies above.