The nation’s Un-carrier, T-Mobile, is just getting started. After its swearing CEO John Legere said at CES that his company will eliminate another customer pain point by paying off switchers’ early termination fees, now comes word that the initiative will expand to U.S. Cellular and some regional carriers in the United States.

This means that subscribers flocking to T-Mobile from U.S. Cellular and a dozen other small regional carriers that lock subscribers into long-term contracts will also receive the same ETF treatment as defectors from AT&T, Verizon and Sprint currently enjoy…

According to Re/code, T-Mobile will also allow customers to bring damaged phones for a trade-in credit, albeit lower versus good-as-new devices.

“This is not just a promotion,” T-Mobile marketing chief Mike Sievert said. “What we are trying to do is bring an end to unfair one-way onerous contracts in this country.”

After sending their final bill from their previous carrier, T-Mobile will reimburse switchers via a prepaid MasterCard. They also set up a website where switchers can stick it to their carrier by penning a breakup letter. 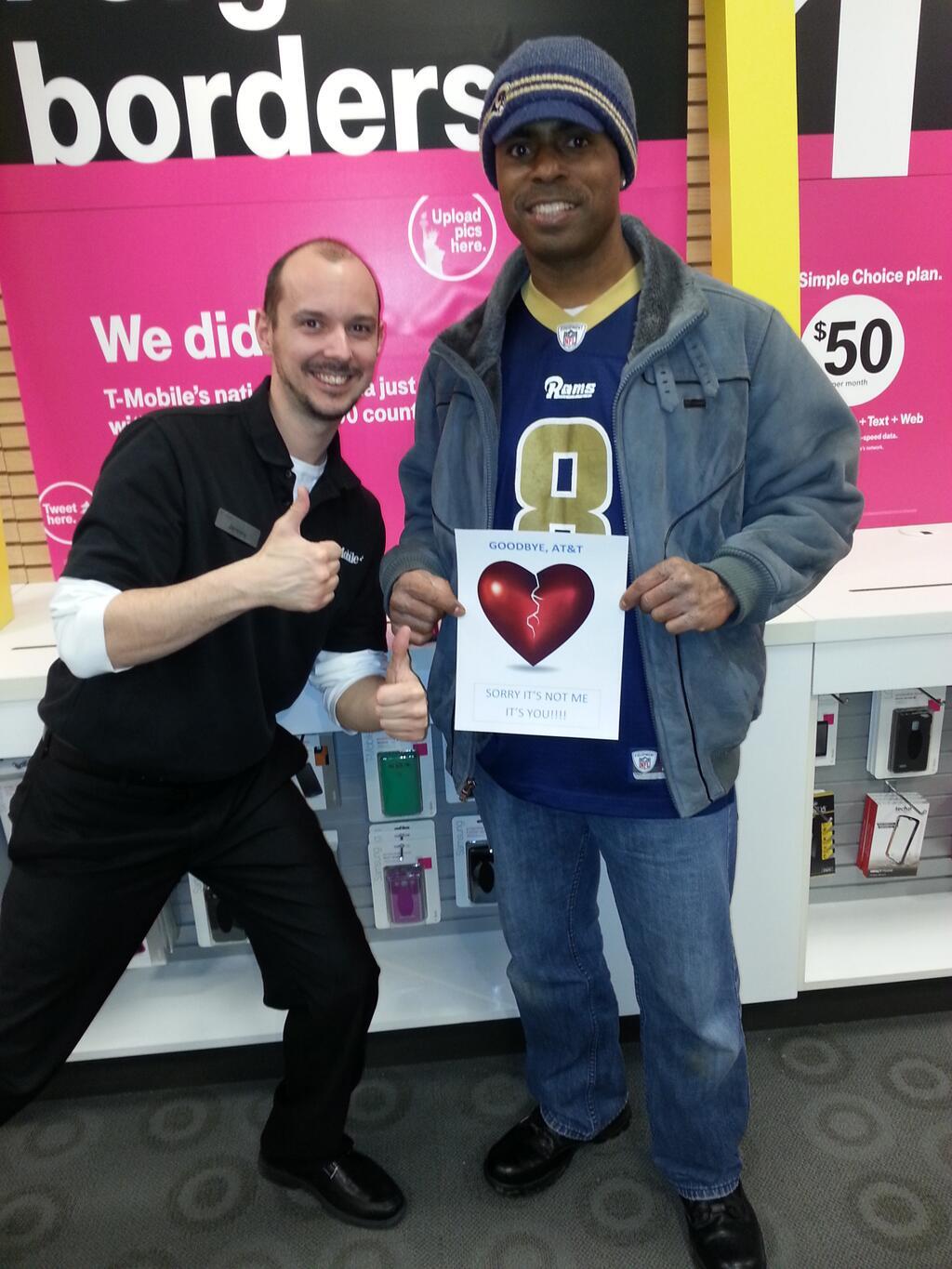 About 80,000 people signed these “Dear John” missives that blew up on social networks – talk about free advertising for T-Mobile – though not everyone who signs the breakup letter actually jumps ship.

In addition to paying folks to abandon their current carrier, T-Mobile – currently the nation’s fourth-largest wireless operator – over the past twelve months instituted three other changes that aim to upend the U.S. wireless industry.

In March 2013, the carrier unveiled very affordable plans and said it was eliminating contractual obligations and device subsidies in favor of monthly installments, ahead of the official iPhone launch on its network.

Three months later, T-Mobile’s Jump upgrade plan permitted anyone to upgrade to a new smartphone twice every twelve months as soon as six months from enrollment, no questions asked, for a low fee of ten bucks per month.

The competitive offering allows you to upgrade when you want, not when you’re told, because “two years is too tong to wait”. As customers responded favorably to these changes, T-Mobile was able to post its strongest customer growth in four years during the July quarter of 2013.

T-Mobile added a cool 1.65 million net customers in the holiday quarter, up from 1.02 million three months earlier, marking its third quarter of customer growth for 2013.