Last month, T-Mobile’s John Legere hinted that his company was planning another ‘uncarrier’ event. The outspoken CEO sent out a tweet saying something like “time to eliminate another customer pain point? Time for Uncarrier 4?”

Well three weeks have gone by and we haven’t really heard anything else from Legere on the matter, until just a few minutes ago when he took the stage at T-Mobile’s CES event. As promised, he dropped another ‘uncarrier’ bombshell…

“In its latest move, T-Mobile is eliminating one of the last remaining obstacles for individuals and families wanting to switch from AT&T, Sprint or Verizon to the Un-carrier by offering to pay off their early termination fees. With an eligible phone trade-in, the total value of the offer to switch to T-Mobile could be as high as $650 per line.

“We’re giving families a ‘Get Out of Jail Free Card,’ said John Legere, president and chief executive officer of T-Mobile. “Carriers have counted on staggered contract end dates and hefty early termination fees to keep people bound to them forever. But now families can switch to T-Mobile without paying a single red cent to leave them behind.”

The promotion starts tomorrow and it works like this: customers from the three major US carriers who hand in their eligible devices at any participating T-Mobile location and switch to a postpaid Simple Choice Plan can receive up to $300. 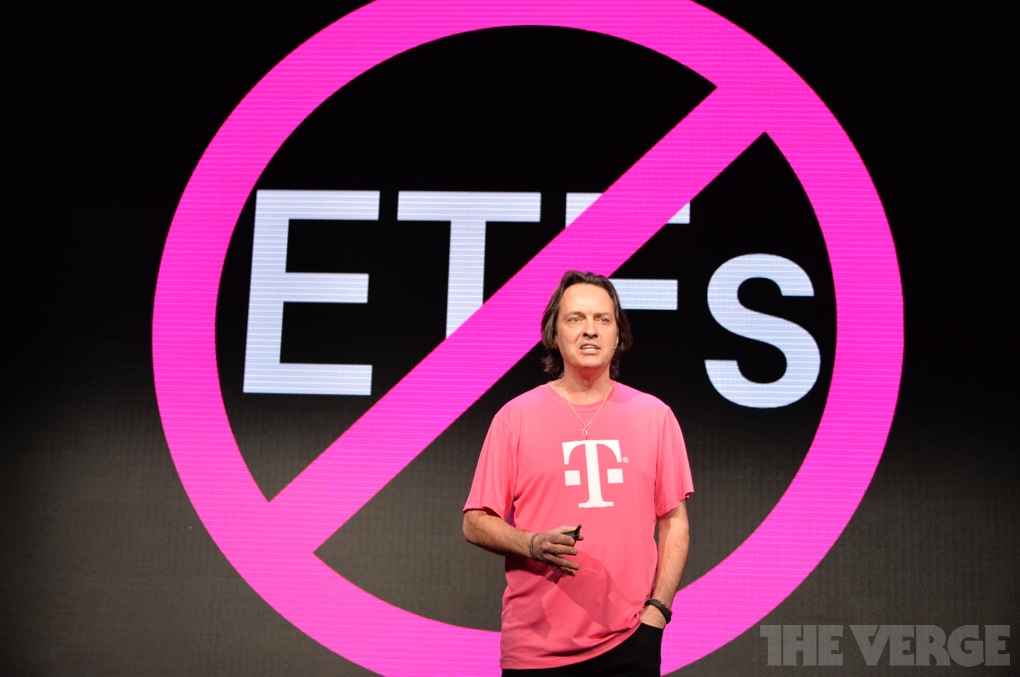 That’s just for the device trade-in. After you purchase your ‘eligible’ phone from T-Mobile, you can send in their final bill from your previous carrier, and they’ll send you an additional payment equal to your termination fees, up to $350 per line.

So while there are definitely some stipulations here, customers switching from Verizon, Sprint or AT&T to T-Mobile could wind up with as much as $650 in credits. That’s quite a bit more than AT&T is offering under its very-similar promotion.

This counts as T-Mobile’s fourth phase in its ongoing uncarrier campaign. Last year it introduced new subsidy-free service plans, its new Jump upgrade plan, and announced that it would provide unlimited texting and 2G data in over 100 countries. 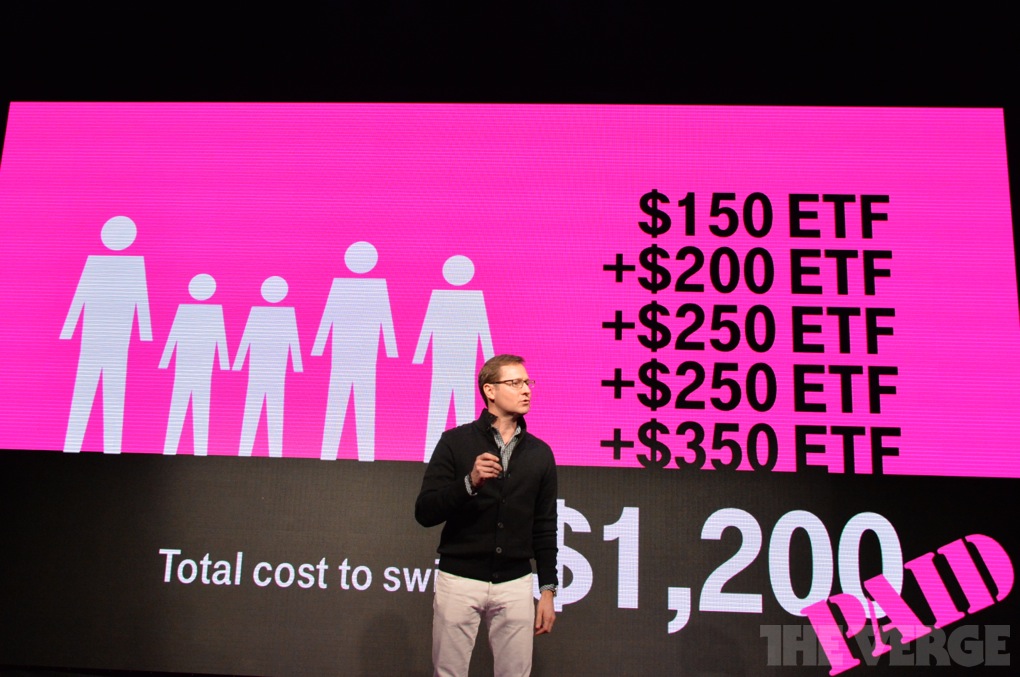 In addition to paying ETFs, T-Mobile also announced today that it has the fastest 4G LTE network in the US. Legere said that T-Mobile doesn’t need to pay millions of dollars to a consulting firm to prove this to anyone, quipping “no claims, just data.”

The CEO also offered up some preliminary Q4 numbers for the carrier, and they are impressive. In its Q4 2012, T-Mobile lost 500k subscribers, in Q4 2013 it added 1.64 million subscribers—the company’s best performing quarter in the last 8 years.

So while John Legere may be an unconventional CEO, whatever he’s doing is clearly working. Not only is T-Mobile disrupting the wireless industry, but it’s making some money in the process.