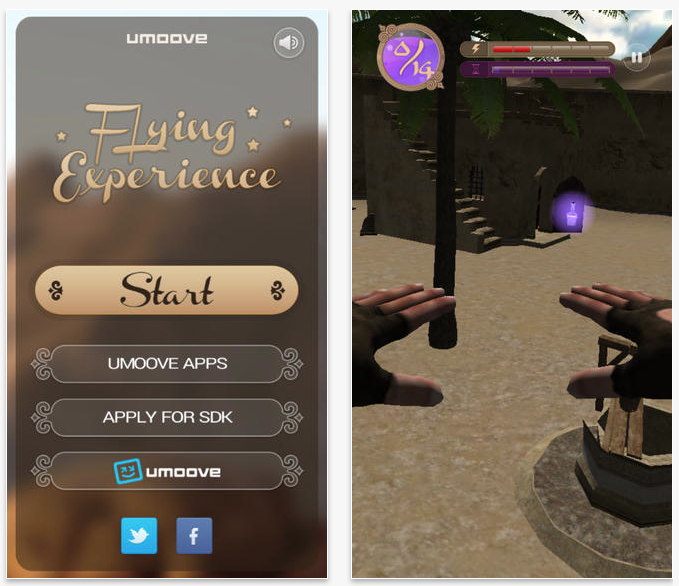 A new game is out this week that’s causing quite a bit of commotion in the tech world. It’s called ‘Umoove Experience,’ and it follows a main character as he flies around various villages collecting bottles of purple magic potion to score points.

But the real reason everyone is talking about this game is because of its control scheme. You see, it utilizes Umoove’s eye-tracking technology, meaning instead of using touch or motion to control you character, you simply tilt/move your head…

As with any new method of input, the eye-tracking in Umoove Experience takes a bit of practice. The game begins with calibration, asking you to look at circles placed around the screen, but after a few seconds you’re up and running—err flying.

There’s really not much to the game itself. You fly around a village picking up these purple bottles of magic potion. Your character will die if you don’t get to a bottle quick enough, so I never made it to the end, but I assume there are multiple levels. 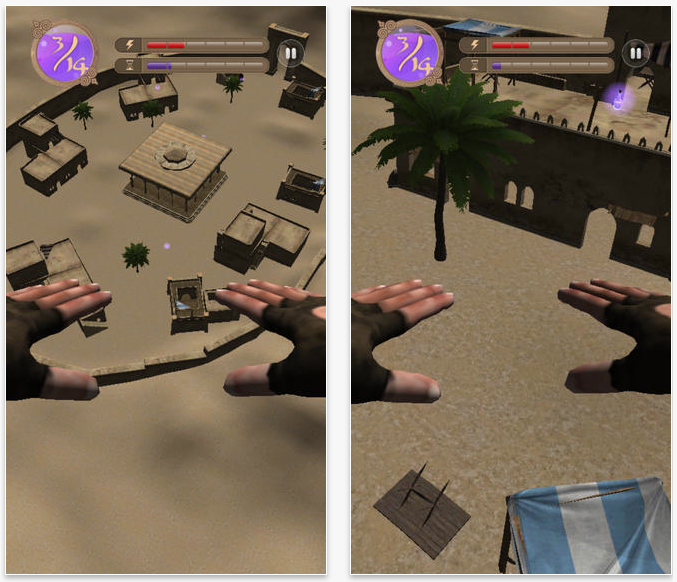 What the game is really about, though, is showcasing Umoove’s eye and face-tracking technology for users and developers. It already has an SDK out for devs to use, and is reportedly talking to OEMs about implementing the tech in future devices.

I have to say, it’s a little rough around the edges, but I found the game enjoyable. My eyes started to hurt after a while—I’m not sure you could do a full title using only this tech—but the eye-tracking is accurate, which makes for fun, challenging gameplay.

At the very least what this game does is demonstrate eye and face-tracking tech which many believe is the wave of the future (heck, even Apple is working on it). To check it out for yourself, you can find the Moove Experience game in the App Store for free.