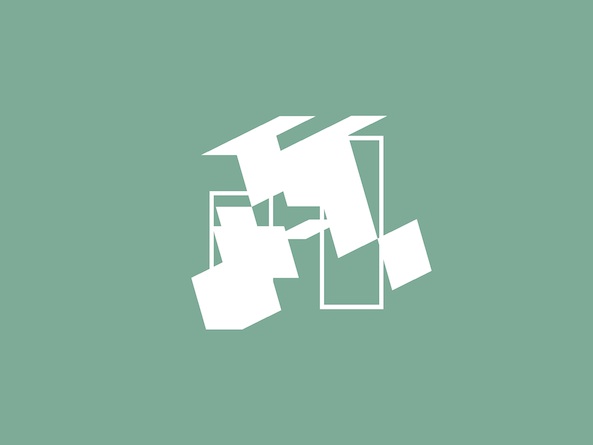 Sure, you can blow up towns in Russia with visually stunning tanks, or slice your way through dragons with 64-bit graphics. But sometimes, you might just want to take your game down to a few basic shapes.

Chillingo’s latest puzzle game, simian.interface, is full of simple squares and rectangles that throw you for a loop by being three-dimensional on a two-dimensional plane. This strange adventure will test your skills at spatial reasoning while making you feel like a lab monkey…

You can’t exactly call this pixelated puzzle a retro game. It’s not like the graphics are pared down in order to give a faux low-graphics vibe. Instead, the simple shapes are epically 3-D considering they exist on such a flat plane.

Players must make shapes fit together in different ways by tilting their device’s screen until they match up. Each puzzle has a different version of what makes it a match. Some puzzles require a solid square to fit within an outlined square. Others require the shapes to create a plaid or chevron pattern. Sometimes, mixing multiple colored squares will create a solid white one. Each puzzle is different and you don’t know what to do until you’ve solved it.

The game is based on a computer game that appears to have been created to test the abilities of a primate. The text is code-heavy and runs automatically. All you have to do is tap the play button to start the game.

Each level has a different look and feel. Some backgrounds are solid, bright colors. Others have subtle flashes of additional shapes to throw you off your game. The soundtrack is electronica-style chip tune music that pumps through the air as you move through the game.

And then, there is this cat, this orange tabby with a vest. He will show up at the beginning of some levels. Sometimes, he appears upside-down. Why? I don’t know, but I like him. This weird placement of cut-and-paste cats reminds me of later seasons of Aqua Teen Hunger Force. You know, when things would just blow up randomly and the story made no sense whatsoever. 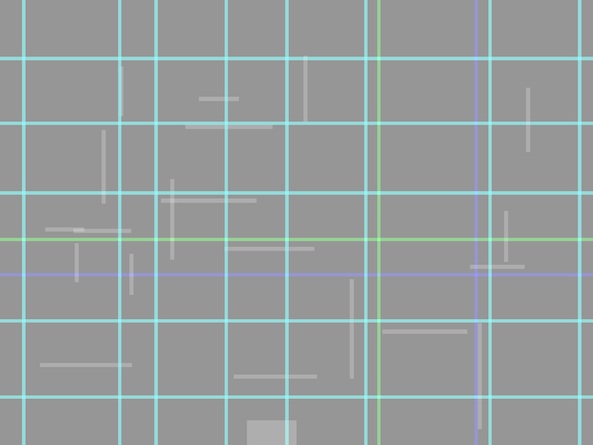 This is a port of a flash-based game developed by Vested Interest (maybe that’s what the vested tabby is all about?). Players must solve a variety of increasingly-difficult puzzles by twisting, tilting, and turning their iOS device until a match is made.

You won’t know what the puzzle is until you’ve completed it. You will start out with a variety of square or rectangular shapes and you must bring them together somehow.

For example, there may be three solid squares and three outlined squares. Presumably, to solve the puzzle, you must tilt your device until the three solid squares fit inside the three outlined squares. However, after lining all of the shapes up and nothing happens, you may decide that, instead, the goal of this puzzle is to get all six shapes inside of each other. Sure enough, by tilting and turning your device to just the right spot, all six shapes fit inside each other and “lock” into place, indicating that you’ve solved the puzzle.

The puzzles get progressively harder as you play. It may be easy to figure out how to fit a couple of shapes together, but how can you make a series of ever-changing lines turn into a plaid pattern? Plus, the game starts to take on a deep, 3-D design. If you rotate the shapes one direction, they will look like they are right in front of you. If you rotate them another direction, they will look like they have moved to the back of the virtual room.

By the time the game goes 3-D, you will be topsy-turvy trying to figure out what is up and down. Luckily, you can turn off tilt controls and use swipe to drag functions instead. The dragging controls make it more like the flash-based game. Don’t be fooled, however. Some levels are easier to solve when you can drag your finger around on the screen. But other levels make much more sense when you are tilting your screen instead.

And then there is that dang orange tabby again with its smart bow-tie and polka dot vest. Why? 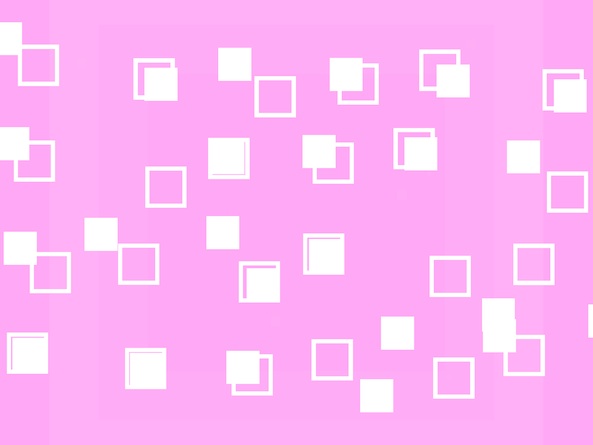 The cat. I love the cat.

I also love the unique and interesting spatial puzzles. Sometimes, they are easy to understand and I can figure them out fairly quickly. Other times, I’m stumped and look like I’m going insane as I tilt my iPhone all over the place, trying to solve the puzzle.

If I have one complaint, it is that the game is too short. It is so fun that I want to keep playing for hours and hours. However, the puzzles do end and you are left with nothing but your memories of a fancy-pants cat and some wicked cool puzzles.

simian.interface costs $0.99, which is the perfect price for a fun puzzle game. The challenges range between fairly simple and confusingly difficult. The replay value is not particularly high since there is only one way to solve each puzzle. However, you may enjoy replaying it anyway, just to see that smug kitty again.

I recommend this game to anyone who likes spatial puzzle games. It is definitely fun and will make you smile. Keep in mind that it doesn’t last very long. You may find yourself wishing for more levels early on. Maybe the game’s developer will see how much we love the game and throw us a banana or something. This game is available on the iPhone, iPad, and iPod touch. Download it in the App Store today.