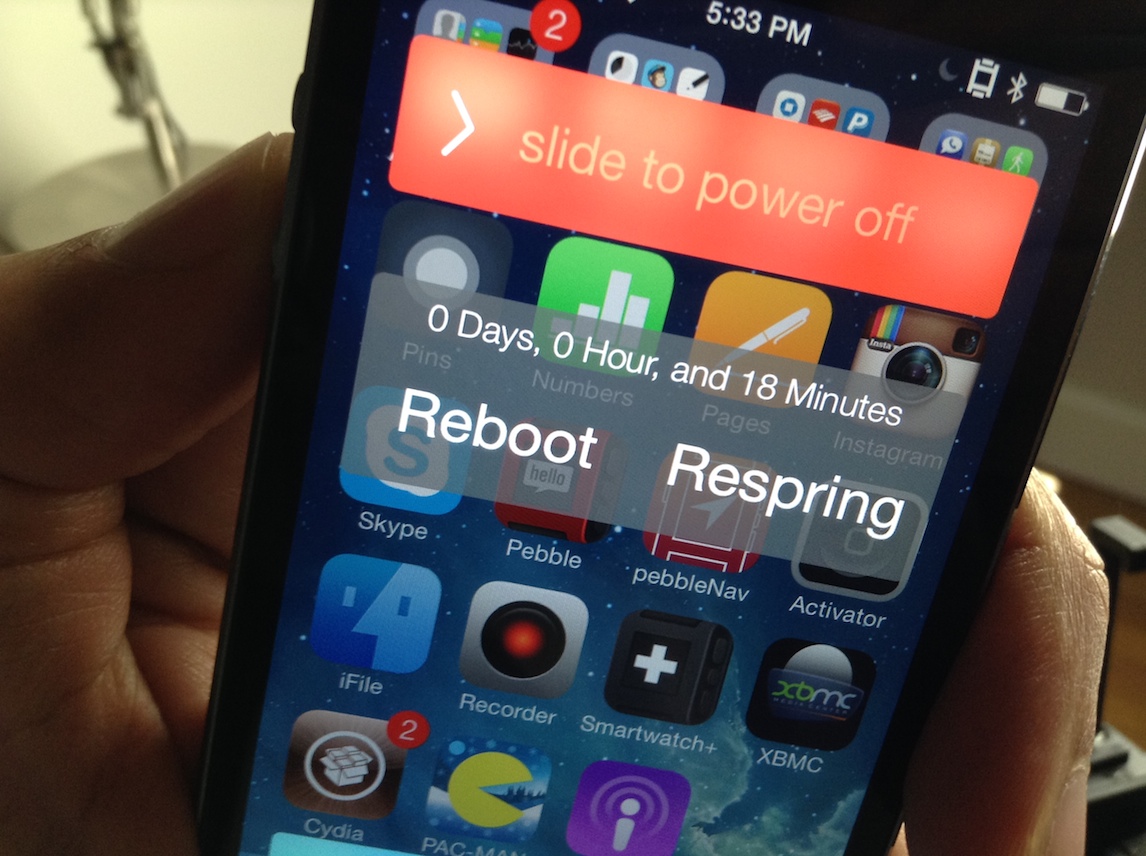 Have you ever felt that the real estate available on iOS 7’s power down screen goes to waste? If so, you definitely want to check out this new jailbreak tweak called RePower.

RePower is a simple tweak that adds several new features to the power down screen. It adds a button for respring, a button for rebooting, and an uptime readout for your device.

After installing RePower, you can respring, reboot, or power off from the convenience of the power down screen. Have a look inside to see how it works on video…

After installing RePower, you can go to the Settings app to find the tweak’s preference panel. There’s not much contained within RePower’s preferences; it’s just a toggle to require a double-tap to use the reboot or respring buttons on the power down screen. Unfortunately I found that the toggle didn’t seem to make a difference one way or another; resprings happened with a single tap even when the toggle was enabled.

Hopefully the developers can tighten up the issue with the toggle, but otherwise I think RePower is a solid tweak. It’s nice to be able to showcase your device’s uptime, especially if you like to keep it running for days on end.

RePower can be had free of charge via Cydia’s BigBoss repo. As I always say, let me know what you think about the tweak in the comments below.