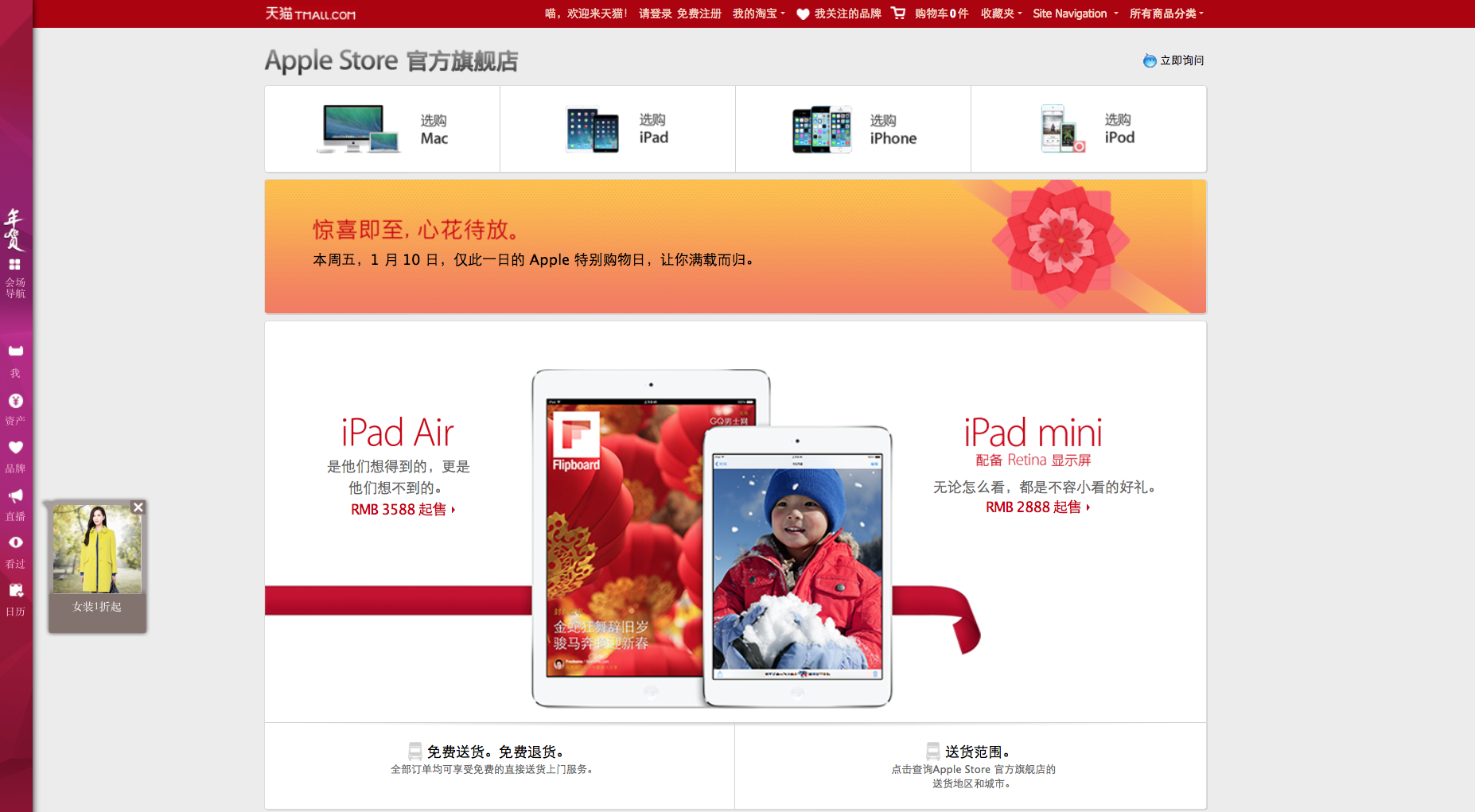 According to a new report this morning, Apple has opened an official store on popular Chinese e-commerce site Tmall. The move serves as the company’s latest play in an ongoing effort to boost its device sales and overall presence in the country.

For those unfamiliar with Tmall, it’s a major online marketplace run by the Alibaba Group. It’s sort of like an online mall, with high profile brands like Nike and Levi’s paying the required deposit to create a digital forefront and peddle their wares…

Here’s the report from The Wall Street Journal:

“In its latest attempt to boost China sales, Apple Inc. opened an official store on Tmall, a major online marketplace run by Chinese e-commerce giant Alibaba Group Holding Ltd. Tmall, launched in 2008, is a shopping website that hosts more than 70,000 merchants, including global brands likeNike Inc.NKE +0.08% and Gap Inc.GPS +0.74% Apple’s new Tmall storefront has a design similar to its own Chinese online store.

An Alibaba spokeswoman confirmed that the Tmall page is indeed Apple’s and that it opened recently, but declined to comment further. An Apple spokeswoman wasn’t immediately available for comment.”

Apple will continue to run its own online store in China, but its new Tmall presence could provide a new channel for the company to reach the country’s fast-growing population of online shoppers. Alexa says it’s the 8th most popular website in China.

The move also makes sense in conjunction with Apple’s upcoming plans for China. It’s slated to begin selling iPhones to China Mobile’s 700+ million subscribers for the first time later this month, and it has a ‘Red Friday’ sales event coming up soon.