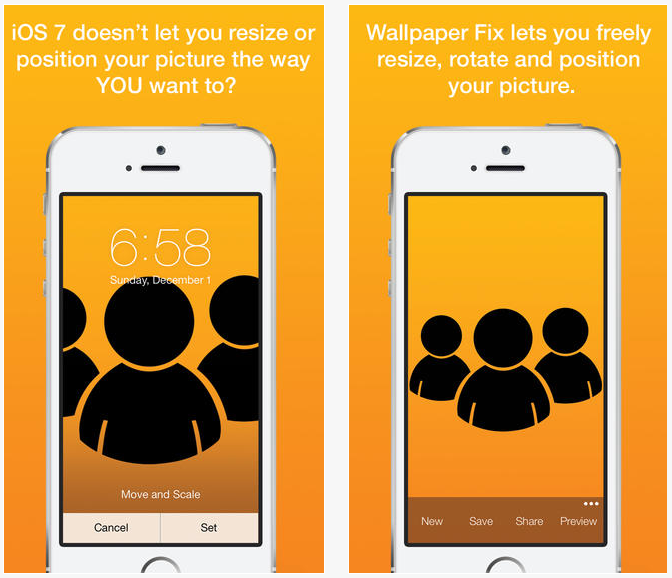 Since the launch of iOS 7, adding custom wallpaper from your photo library has become a complete pain in the back. When you find the perfect pic and assign it to your Home or Lock screen, it always zooms in way closer than you wanted it to be, cutting of heads, or generally ruining a perfect composition.

Wallpaper Fix is an app that corrects that problem, letting you display your family photos behind your list of apps without worrying about cutting little Sarah off at the knees…

Ever since Apple launched iOS 7, I’ve had trouble using my own pictures as wallpapers. When you load an image, it is zoomed in closer than the original and there is no way to resize it to fit the screen.

I’ve even tried the trick where you turn on Reduce Motion and resize your picture. It works a little, but still zooms in further than I would like.

Wallpaper Fix adds a border around every image so that, when you assign it to a wallpaper background and it zooms in, the image will remain intact and the only thing you lose is the black boarder.

To create a wallpaper image, open the app and select “New” from the menu at the bottom of the screen. Then, either take a picture from within the app or select one from your device’s library.

Resize the image to the exact position you want it to look when used as background wallpaper. You can even preview the image against your device’s Home screen. When the picture is positioned the way you want it to look, tap “Save” and the new image will be saved to your photo library. 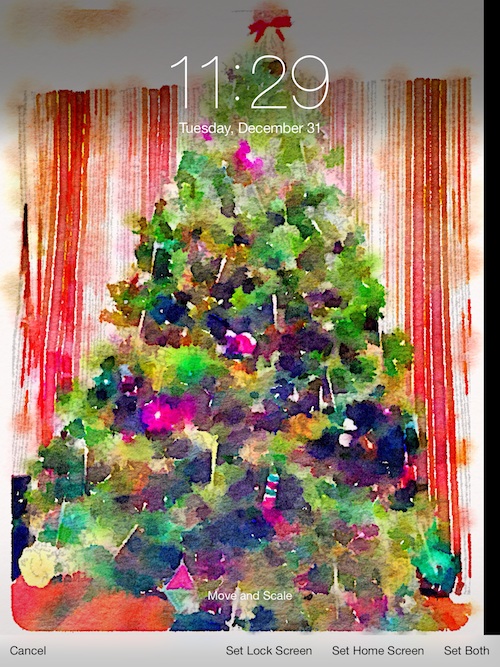 Then, open your Photos app and select the image. It will look odd because there will be a thick black border around it. Set it as your Home screen, Lock screen, or both. When the image pops up, you will see that the boarder is no longer visible, but you can still see the entire picture, instead of a zoomed-in version.

This app is universal, so you can also use it for your iPad, which is my favorite part. I don’t usually have issues with setting wallpaper images on my iPhone. I like using high-quality pictures on my iPad, and those are the ones that iOS 7 butchers. Images can be saved as landscape or portrait pictures, but not both. So keep that in mind when you are creating a new wallpaper image.

Wallpaper Fix is available for the iPhone, iPad, and iPod touch. Download it in the App Store today.

Have you noticed the irritating problem with saving images as wallpaper on iOS 7? Would you use this app to fix the problem?