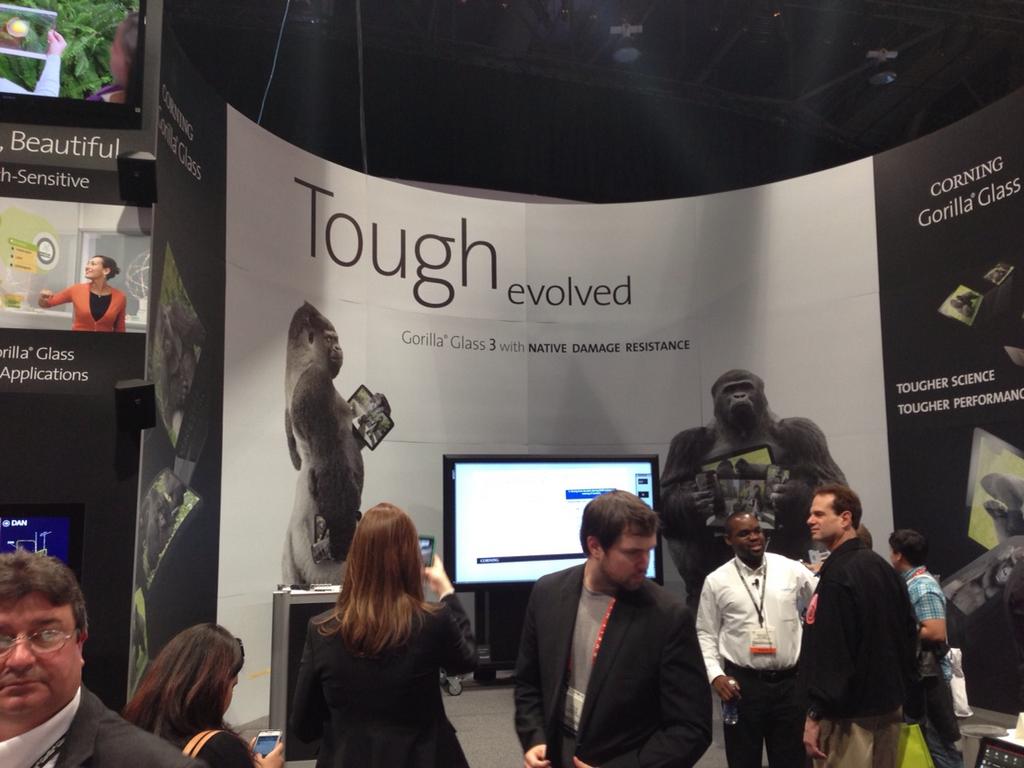 New York-based glass manufacturer Corning announced yesterday the manufacturing readiness of its new 3D glass-forming technology to shape its patented Gorilla Glass, which has been used in a number of mobile devices including iPhones and iPads.

The company says it’s targeting commercialization of finished 3D-shaped Gorilla Glass parts this year that will “expand the possibilities” for industrial designers. And of course, this has led to speculation that it’s preparing for future wearable devices…

“Product design continues to drive the consumer electronics industry. More than half of the top 10 smartphone manufacturers already market devices that incorporate cover glass with subtle curves, and the demand for even more-dramatic form factors is increasing. Corning’s 3D-forming technology meets this demand and expands the design possibilities for industrial designers.

The relationship with GTOC allows Corning to provide a “one-roof” solution. “We can now take Gorilla Glass all the way from flat sheet to a finished 3D-shaped product in Asia, expediting turnaround times and minimizing logistical complexity,” said James R. Steiner, senior vice president and general manager, Corning Specialty Materials. “That’s a win for Corning and our customers.”

Apple has, in the past, used curved glass in some of its products like the iPod nano, and we have seen several reports calling for a new iPhone next year with a slightly curved display. Then of course there’s the ongoing rumor that Apple is building a smartwatch.

Dubbed the ‘iWatch’ by the media, Apple’s alleged on-the-wrist device is one of the most highly anticipated products of 2014. The company is said to have a team of over 100 designers working on the project, which is said to feature a design utilizing curved glass.