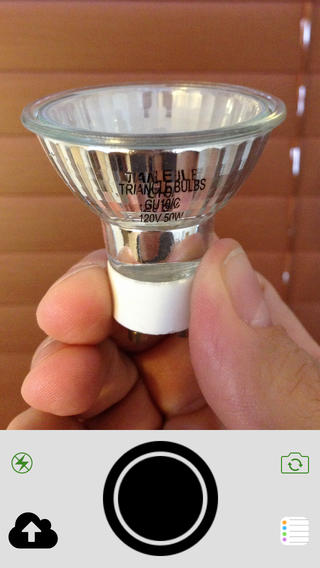 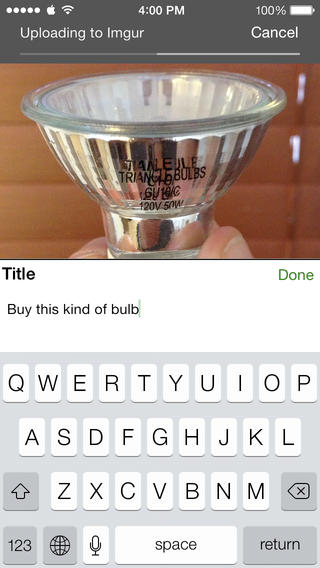 With the impending demise of the popular cross-platform file-sharing app Bump, sharing your photographs with the web at large, without going through popular social networks such as Facebook, Twitter or Instagram, could easily become something of a mess involving switching between multiple apps to get the job done.

Fortunately, Shoots & Leaves ($1.99 in the App Store) comes to the rescue.

As the name implies, this little gem of an app – though not a file-sharing solution per se – allows you to turn photos into tasks with a single tap and easily create URLs for your photos that can in turn be emailed, shared on the web and more, for everyone to see online.

It supports multiple image-hosting services, user-defined actions, sending to third-party apps and lots more. Have a quick look at it right after the break…

Of course, before Shoots & Leaves can produce a clickable URL, it must upload an image to the cloud. Version 1.0 supports image-sharing services such as Imgur, CloudApp and Dropbox, with more to come.

As noted by developer Smart Goat, “It’s great for photos that are to-do items and don’t need to be saved forever”. It couldn’t be simpler: you just tap a photo and put in an optional text.

The app will upload the file to your favorite file-sharing service, create a public link and use the text provided to create a Reminders event with the image URL attached to it.

Best thing I let the video do the talking.

In addition to creating a reminder, you can tell Shoots & Leaves to copy the image URL to the system clipboard, send the link via email or text message, open it in Safari or send it to another app (Omnifocus and Drafts are initially supported).

To make the most out of Shoots & Leaves, you’ll want to take advantage of custom-defined actions. The actions editor includes handy templates you can use to configure how the data will look when it’s passed forward. Custom text layouts can include a specific text string, current date and time information and more. 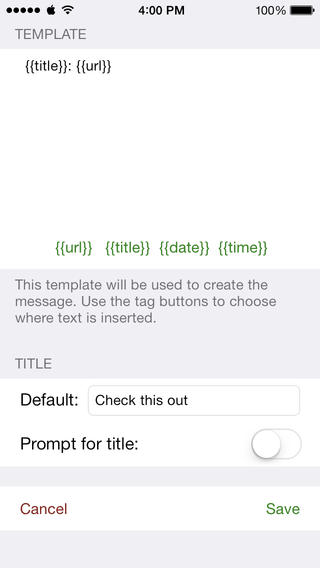 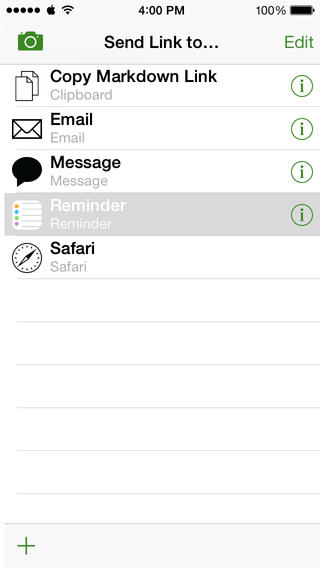 You can use existing Camera Roll images or snap a photo in-app.

Upon (optionally) typing a word or two, you can quit Shoots & Leaves and it’ll do its magic in the background. Creating a visual reminder is certainly a lot faster than the time it takes Evernote to load.

More on this novel app can be learned at the official website.

By the way, the app’s name and icon reference the popular joke about bad punctuation and a panda that eats, shoots and leaves, here it is for your laughing pleasure:

– A panda walks into a café. He orders a sandwich, eats it, then draws a gun and proceeds to fire it at the other patrons.
– “Why?” asks the confused, surviving waiter amidst the carnage, as the panda makes towards the exit. The panda produces a badly punctuated wildlife manual and tosses it over his shoulder.
– “Well, I’m a panda,” he says. “Look it up.”
– The waiter turns to the relevant entry in the manual and, sure enough, finds an explanation. “Panda. Large black-and-white bear-like mammal, native to China. Eats, shoots and leaves.”

Shoots & Leaves is available in the App Store for an introductory price of $1.99 so pick it up now before it goes back up to its regular price of $2.99 after Sunday, January 5.

The 4.4MB download does not support iPads natively and requires iOS 7.