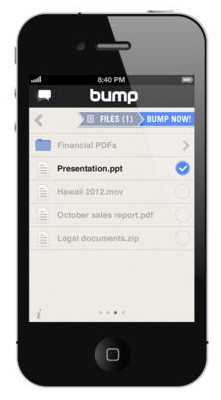 Back in September 2013, Google announced it was buying the popular mobile file-sharing apps Bump and Flock for an undisclosed sum. It was a typical acqui-hire (a talent-focused acquisition) so we were expecting the Internet giant would phase out these apps from the App Store and fold their functionality into Android.

Sure enough, the Bump team last night issued a notice informing users that the service will shut down effective January 31, 2014.

Customers are given a chance to export all their data ahead of the shutdown, including photos, video, contacts from both Bump and Flock and more…

“On January 31, 2014, Bump and Flock will be removed from the App Store and Google Play,” the notice reads. “After this date, neither app will work, and all user data will be deleted”.

To export your data, simply open either Bump for iPhone or Flock for iPhone at any point in the next 30 days and follow the provided instructions.

You’ll receive an email message with a link to download an archive containing all your Bump and Flock contacts, shared photos, video, contacts and other items. 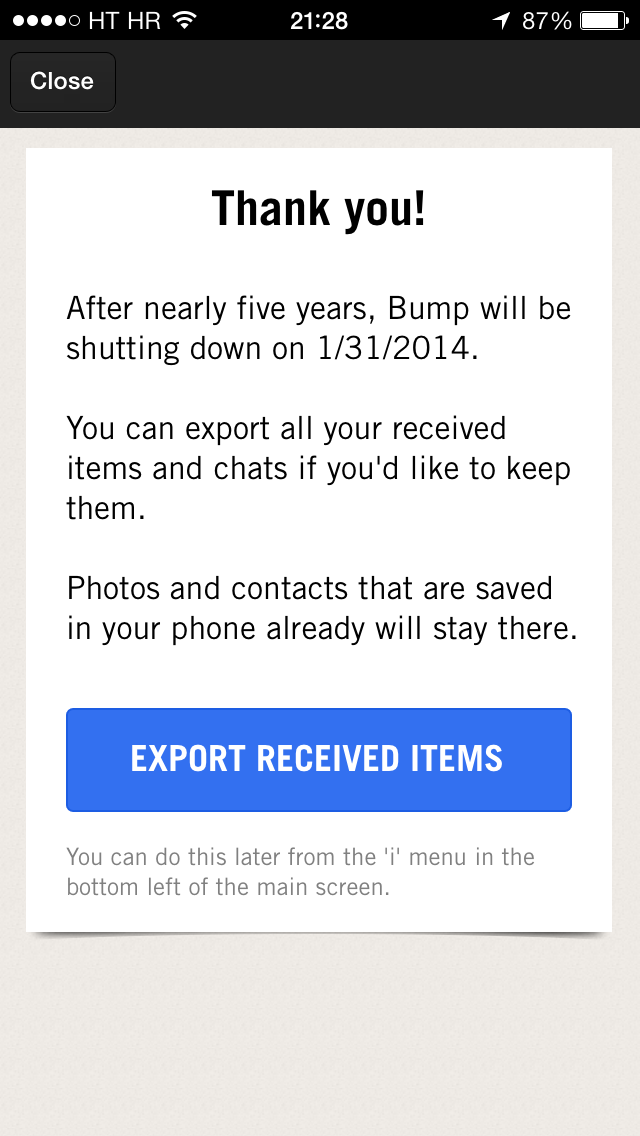 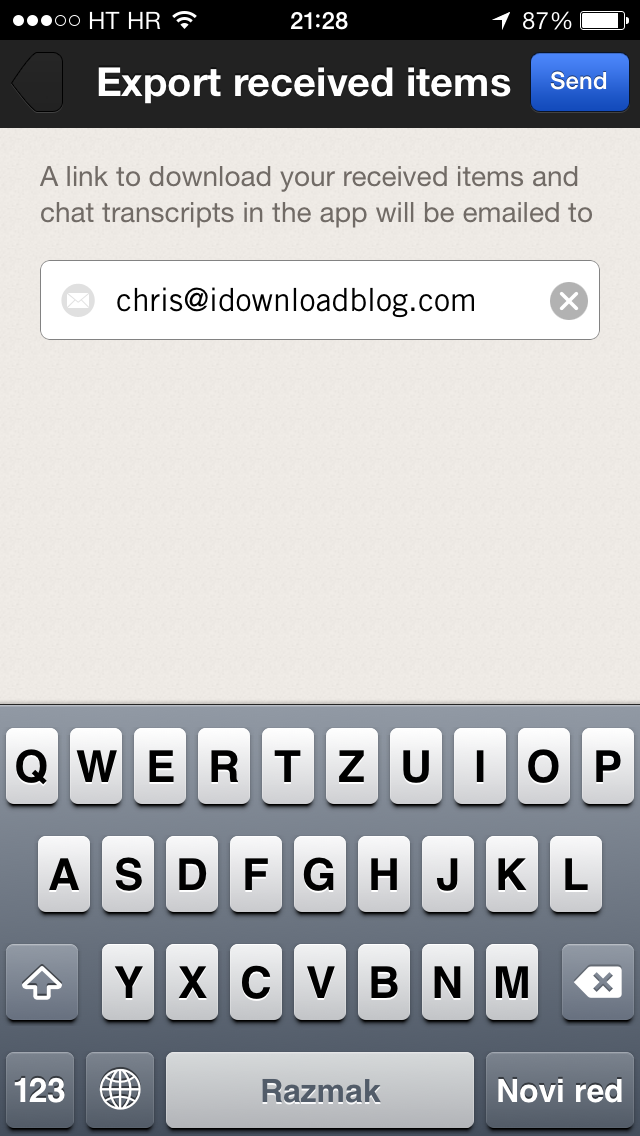 If the prompt doesn’t appear for some reason, just hit the ‘i’ button in the lower left corner and choose the Export Received Items option.

The blog post by company CEO and co-founder David Lieb notes that the team is “now deeply focused” on new projects within Google. 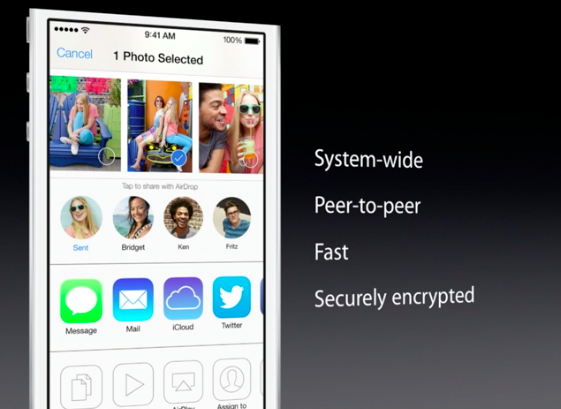 The app was among the first App Store programs that’d allow folks to share items by bumping their devices together. Then came iOS 7 and AirDrop.

“There’s no need to wander around the room, bumping your phone,” he said announcing AirDrop for iOS 7.