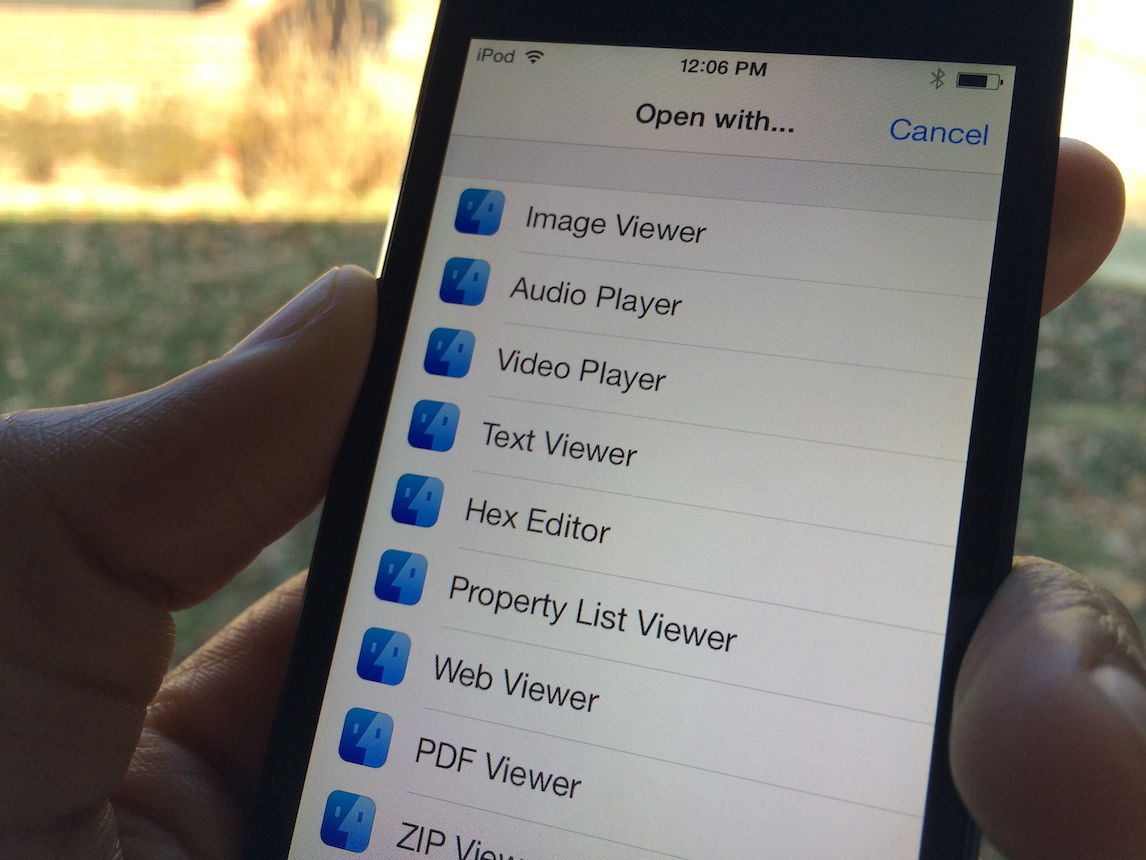 Yesterday, we told you about the update to iFile. The legendary app was redesigned to fit the mold of iOS 7, and it looked glorious in doing so. But, as tends to be the case with large updates, it featured a few bugs that needed to be fixed.

The first bug, and the most glaring flaw with the iFile update, involved the app’s Open With support in the attributes editor. When you tried to open a file using the Open With dialogue, you were left with a blank screen. This has been fixed.

Along with the fix to Open With support, comes a fix for the iFile icon in firmwares lesser than iOS 7. As you all know, the iFile icon was “iOS 7-ified” with the latest update, taking on a flatter appearance and a bolder look. While the new app icon fits in perfectly with iOS 7, it doesn’t fit in very well with older firmware. This oversight has been fixed, and iFile now features an app icon that’s appropriate for the version of iOS that is being used. 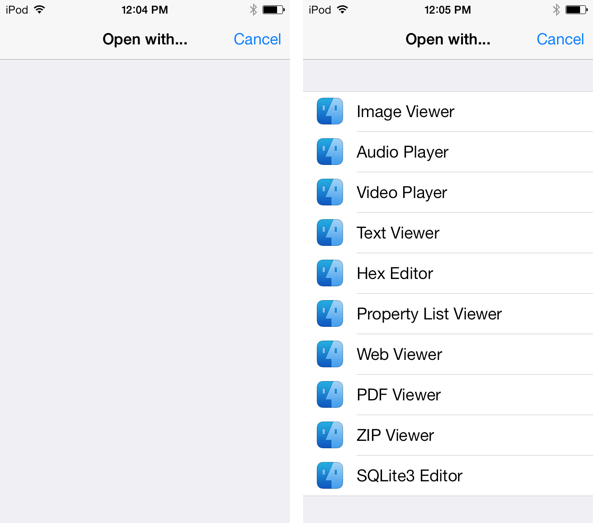 Open With support, before the update and after the update

The release, which is billed as version 2.0.1 and comes in at 8.4 MB, is now available for download from Cydia’s BigBoss repo. It should also be noted that with the updates to Cydia Substrate, new users can now successfully purchase iFile using Cydia’s purchasing mechanisms.

You can buy iFile for $4.99. It also comes with a free trial for new users who may be interested in the app. Be sure to catch our full video walkthrough of iFile, and let me know what you think about its iOS 7 update in the comments section below.