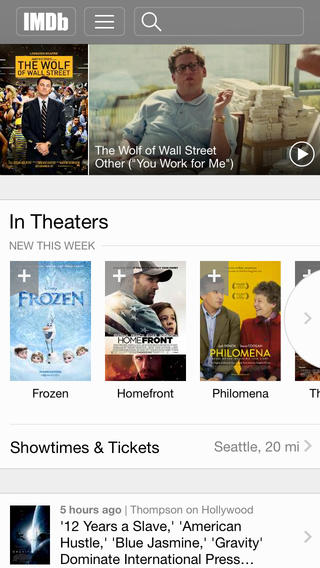 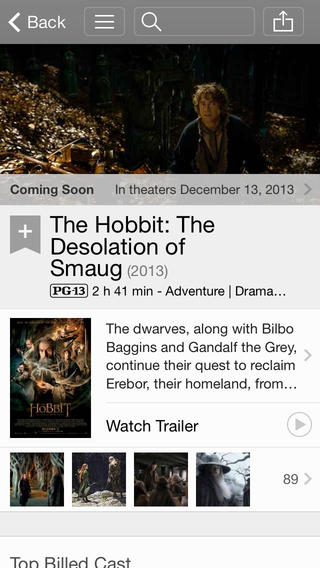 iMDB, the Internet’s vast database of information related to films, television programs and video games, has a nice free app for the iPhone and iPad which has been updated today with the iOS 7-friendly look, a new section providing the Oscars coverage, reworked navigation and homepages on the iPhone and iPod touch, the voting feature, the ability to name lists, new sorting and filtering options and more. Go past the fold for the full reveal…

The new app icon (right) has been slightly tweaked versus the old one (left).

The new Road to the Oscars section will keep you in the loop in terms of the upcoming 2014 Academy Awards. Movie buffs should appreciate richer biographical information on actors and crews in movie pages. I also love the ability to vote on interesting name trivia, title trivia, quotes and goofs. 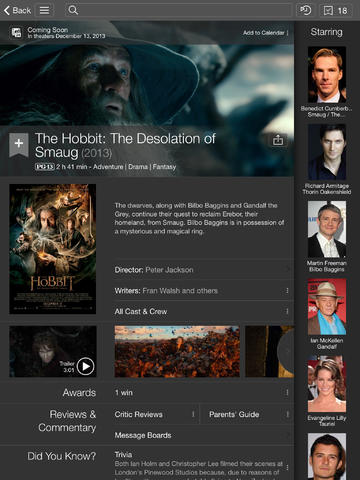 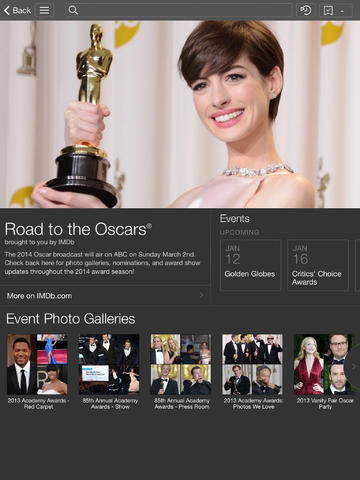 Finally, the new iMDB-currated lists feature lets you track your favorite items such as Ten Best Movies Of 2013, What’s Available on Amazon Instant and what not.

It’s a nice novel way of discovering popular content and trending topics, even more so given these lists are maintained and written by iMDB’s professional editors.

IMDb is available free in the App Store.