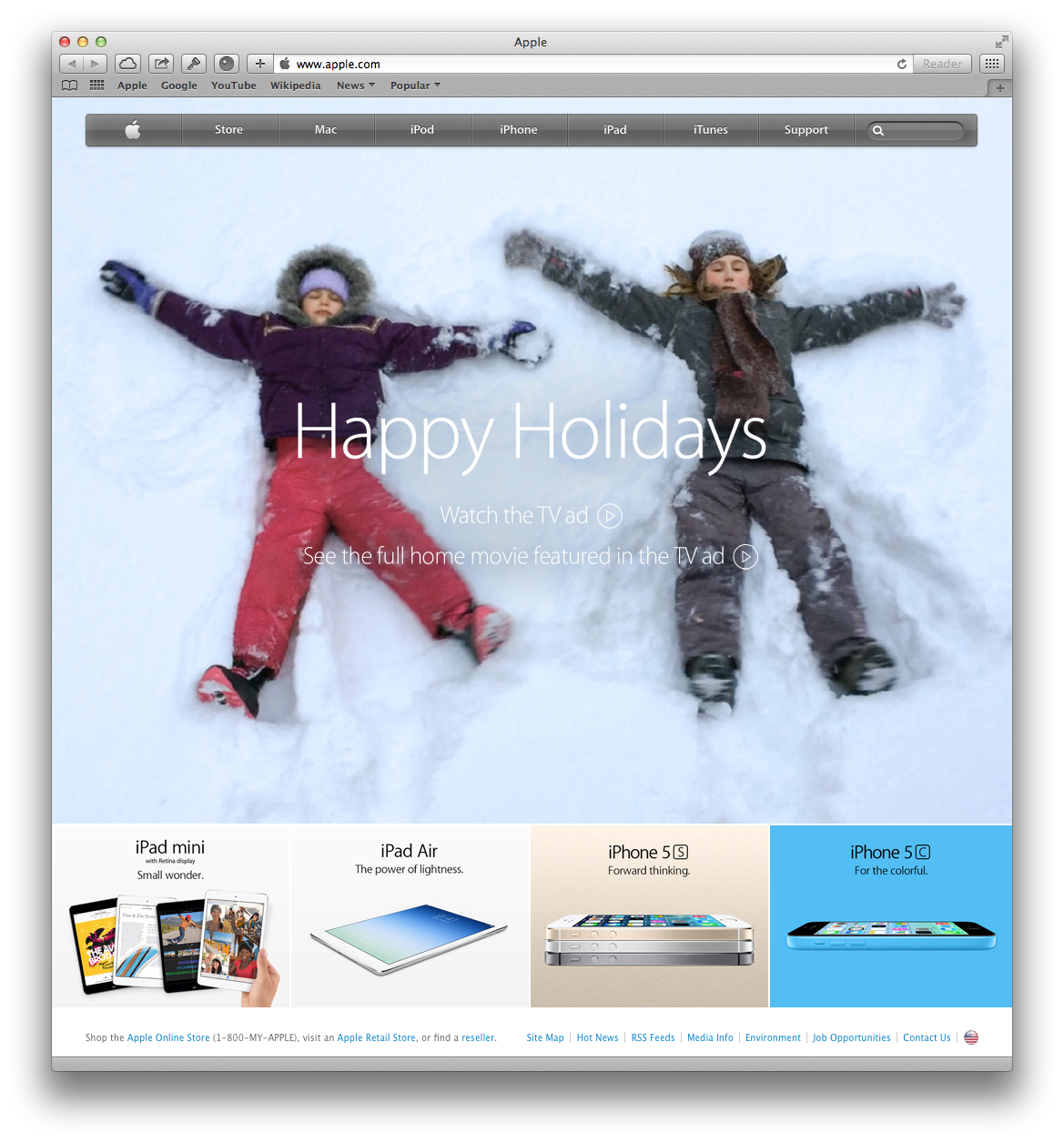 I’ve always liked how Apple each holiday season changes its homepage to feature some nice holiday-themed graphics and ads. This year is no different: after airing an excellent new iPhone 5s ‘Misunderstood’ ad this past weekend, Apple has now refreshed its homepage with said video, as well as some nice teaser graphics.

The graphics includes links to the commercial itself as well as the home video in its entirety, which Apple says was shot on the iPhone 5s.

Go visit Apple.com now and get your handkerchiefs ready!

The generally well-received commercial is one of the best Apple’s ever made, at least in my personal opinion. The story-telling concept is focused on a teenage boy who surprises his family with a thoughtful holiday gift.

Happy Holidays to all of our amazing customers! http://t.co/eonnck8cDF

Yes, the footage for the kid’s video was indeed shot using the iPhone 5s, with a caveat: as pointed out by Daring Fireball’s John Gruber, the kid is always shown holding the iPhone in portrait even though the video is comprised entirely of footage shot in landscape.

“I say forgive this slight cheat, let’s not niggle — it helps sell the twist, and it’s a damn good twist,” Gruber noted.

The iPhone 5s and iPhone 5c rank high in both Google and Yahoo searches in 2013, by the way.