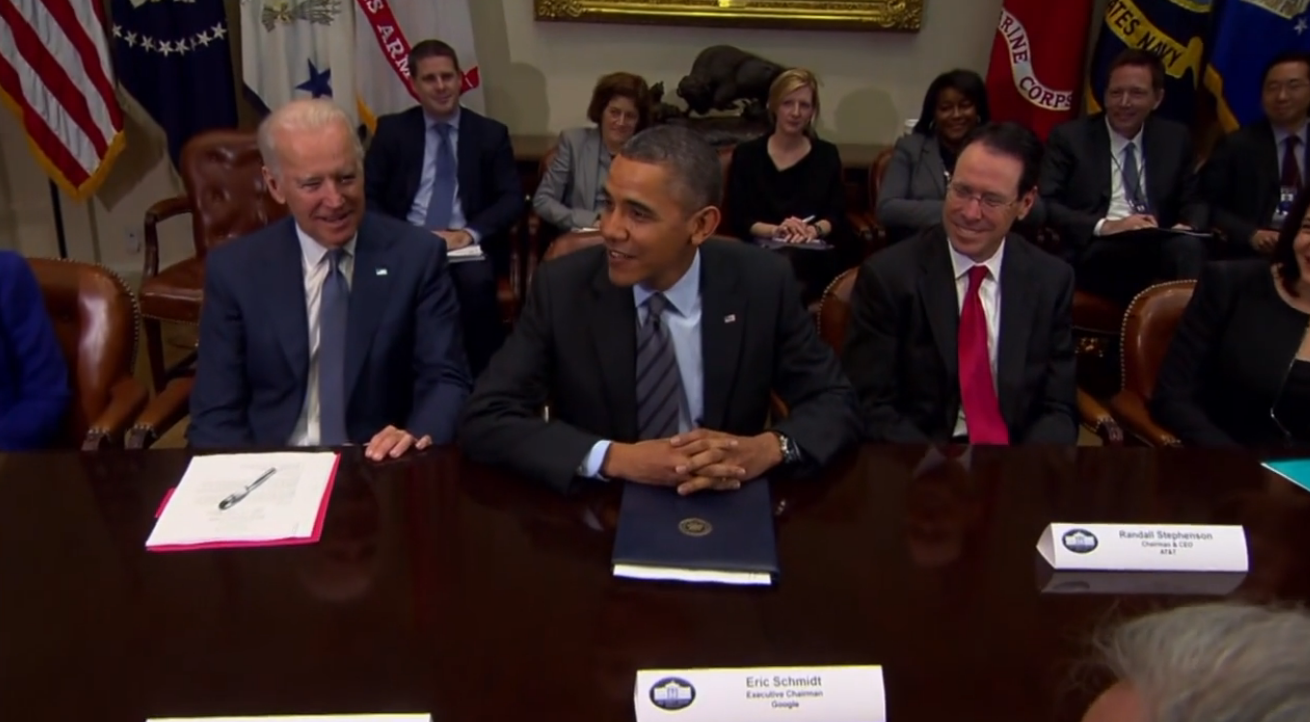 As we reported yesterday, Tim Cook and a number of other executives from prominent tech companies met with US President Barack Obama at the White House to discuss a wide range of government and tech-related topics.

Among the topics were said to be the recent struggles with the rollout of the healthcare.gov website and privacy concerns regarding government surveillance. And this afternoon, a short video of the meeting surfaced on the web…

Here’s the clip from Politico (via 9to5Mac). Sorry, it’s in Flash:

While the video doesn’t reveal any new details regarding the discussions, it does give us an interesting look into the secret, closed-door meeting. In it, you can see Cook next to Google’s Eric Schmidt and Netflix’s CEO Reed Hastings.

You even see Obama crack a joke about Netflix’s House of Cards:

“I’m just wondering if you brought advance copies of ‘House of Cards’?” Obama said to Netflix head Reed Hastings. The executive laughed and invited the president to show up for a cameo, according to a pool report.

“I wish things were that ruthlessly efficient,” Obama said in reference to the show and its Machiavellian lead character. “This guy’s getting a lot of stuff done.”

The meeting occurs a day after a federal judge ruled an NSA program that culls American phone records violates the Constitution. A spokesman for one of the companies said the judge’s decision further reinforced their plans to talk reform.