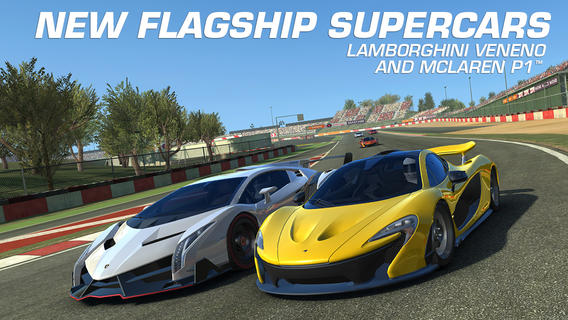 Hot on the heels of its major Ferrari update last month, the folks at EA have posted another new version of its popular Real Racing 3 game this week that brings about two new supercars, new Vertex events and new features.

Perhaps the biggest addition in today’s update is the new Real-Time Multiplayer mode, which runs through Game Center. Now you can race with up to 4 of your friends completely live, in various events and tournaments…

Here are your full 2.0 release notes:

And the trailer showing off the new cars:

Real Racing 3 has to be one of the most frequently updated racing titles out there. Last month we saw not one but two Ferrari packs, and the month before that new Porsches. And of course, each update adds improvements as well.

Again, Real Racing 3 is a ‘freemium title,’ meaning it’s free to play but you’ll be encouraged to snag some in-app purchases. Still, the game is well-reviewed, and can be found in the App Store for the iPhone/iPad if you’re interested.