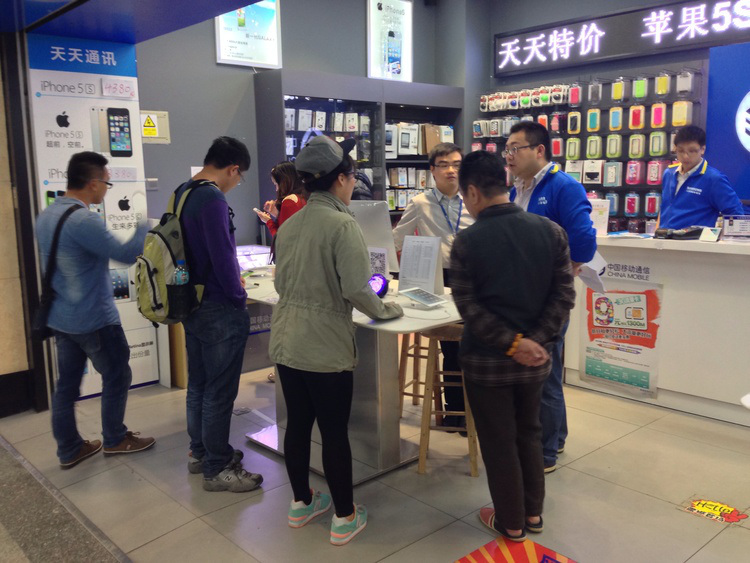 Earlier this month, reports surfaced that China Mobile and Apple finally inked a deal for the carrier to begin offering iPhones to its some 700 million+ subscribers. Yesterday, China Mobile confirmed the news, taking pre-orders for the iPhone 5s and 5c.

And it looks like the world’s largest carrier is enthusiastic about its new partnership with Apple, as it has gone all out on marketing materials for the launch. Many China Mobile retail stores have dedicated much of their ad and display space to iOS devices… 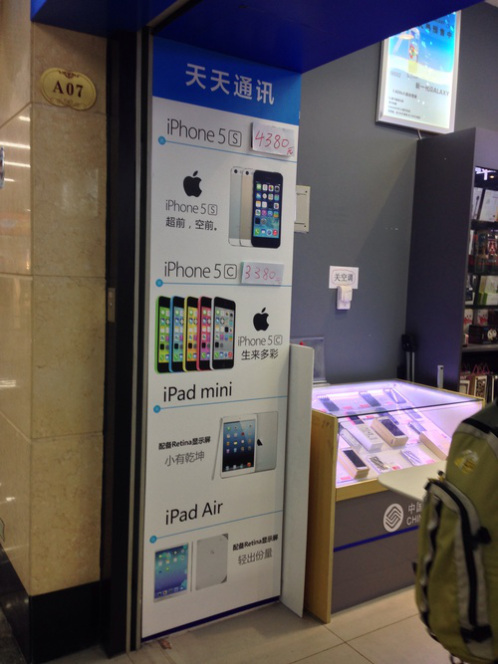 The photos come from PRC and Me (via MacRumors), who wrote:

“Of the two display tables in the store, one was dedicated to iPhones and iPads and there was a pretty good crowd around the table as I passed by. Not only were there Apple advertisements all over the place, but even Phil Schiller was present, his A7 chip announcement playing on a flatscreen TV. A majority of the ad and display space in the store had been dedicated to Apple.

If this is any indication, China Mobile is planning to aggressively promote their new Apple partnership in the hopes of blunting any advances from China Unicom and Telecom. Prior to today, Samsung and home-grown Android brands have had the world’s largest mobile carrier all to themselves. Now (at least in the store I photographed) a majority of their ad-space has been handed to Apple.”

The iPhone launch comes after 6+ years of on-and-off negotiations between China Mobile and Apple, with Tim Cook even personally visiting the carrier on multiple occasions, and it’s expected to give Apple’s handset marketshare in the country a significant boost.

Last month, research from Canalys showed that iPhone shipments in China grew 32% in the September quarter, from a year earlier, but its market share also fell from 8% to 6%. It’ll be interesting to see these numbers next year, following this China Mobile launch.