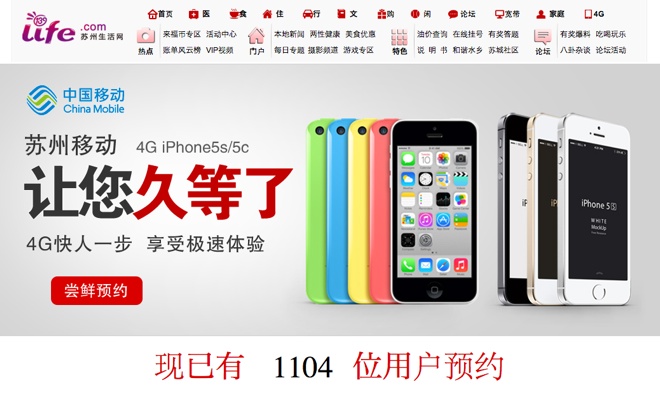 Following a number of rumors and reports over the past few weeks, The Wall Street Journal is reporting this evening that Apple and China Mobile have finally inked an iPhone deal. The outlet says it’s scheduled to launch later this month.

The deal, which has also been confirmed by state-run news outlet Xinhua and a China Mobile subsidiary, comes after nearly 6 years of on-and-off negotiations, and will give Apple access to China Mobile’s 700 million+ subscriber base…

The Journal’s Lorraine Luk and Daisuke Wakabayashi have the scoop:

“China Mobile Ltd. 0941.HK +1.01% has signed a long-awaited deal with Apple Inc.AAPL -0.23% to offer iPhones on its network, a person familiar with the situation said, an arrangement that would give the U.S. technology giant a big boost in the world’s largest mobile market.

The rollout of iPhones on the world’s largest mobile carrier by users, with over 700 million subscribers, is expected to start later this month, around the time of a Dec. 18 China Mobile conference in Guangzhou, according to two people familiar with the carrier’s plans. China Mobile is one of the world’s last major carriers that doesn’t offer the iPhone.”

Apple and China Mobile have been in talks for several years, and CEO Tim Cook has traveled to Beijing to meet with the carrier’s Chairman on multiple occasions. His most recent trip was in July, where it’s believed the two made significant strides.

News of the deal has been expected since September, when the iPhone 5s and 5c were released to the public. The two handsets are Apple’s first to support China Mobile’s TD-LTE network, which is also expected to launch on the 18th of this month.