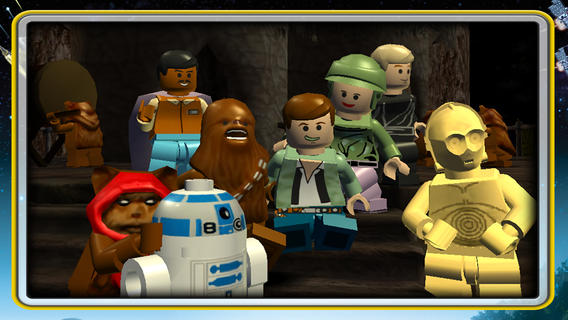 Warner Bros.’ LEGO Star Wars: The Complete Saga is now available in the App Store. The game is based on the Star Wars-themed toy line by the Lego Group, and was first released on consoles back on November 6, 2007.

For those who haven’t played the title, it’s a mashup of Lego Star Wars: The Video Game and its sequel Lego Star Wars II: The Original Trilogy, and it includes content, characters and storylines from all 6 Star Wars films… 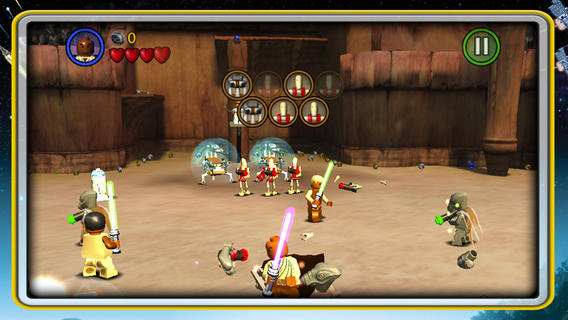 “From the Trade Federation’s “negotiations” with Obi-Wan Kenobi and Qui-Gon Jinn in The Phantom Menace to the space battle above Endor in Return of the Jedi, play the most memorable and exhilarating scenes from your favorite episodes. Also unlock special bonus content featuring Bounty Hunter missions, a special Challenge Mode, Arcade Levels, and more!”

In the game, you can plays as your favorite Jedi Knight or Sith Lord. There are over 120 playable characters to unlock, such as Luke Skywalker, Darth Vader, Han Solo, and Boba Fett. And there are over 36 story mode levels to finish.

As far as controls go, you can switch switch between “Classic” and “Touch Screen” controls to find the play-style that suits you best. Unfortunately, I was unable to find any mention of the game supporting the new MFi controllers.

LEGO Star Wars: The Complete Saga is available in the App Store, for both the iPhone and iPad, for free. Well, Episode 1 is a free download, but Episode II through Episode VI must be bought via in-app purchases.