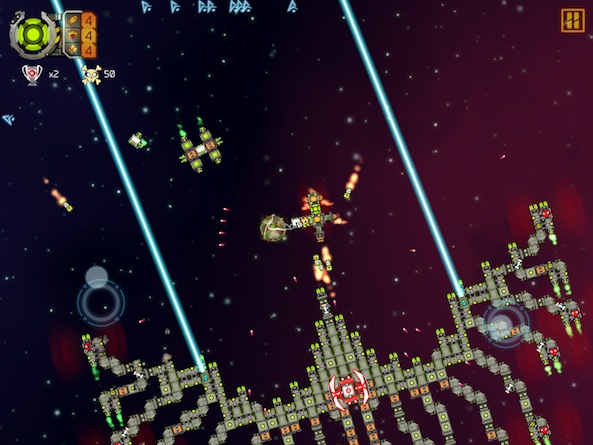 This article isn’t about how important I think it is that consumers reduce their excessive use of plastic, paper, and glass. I’m not going to get on my soapbox and tell you that you should be composting your leftovers. I am talking about recycling, but not in the way you may think.

Starborn Anarkist is a dual stick shooter that features an intergalactic garbage collector who has finally flipped his lid. Players go on a laser-guided rampage, destroying every ship in sight. Then, use the debris from your destruction to upgrade your ship and show those waste-makers how to take out the trash (these puns are just getting out of hand)…

Players take advantage of deep customization of shipbuilding by creating their own craft and using looted debris to upgrade. The more junk you attach to your ship, the more lasers you can use to annihilate everything around you. 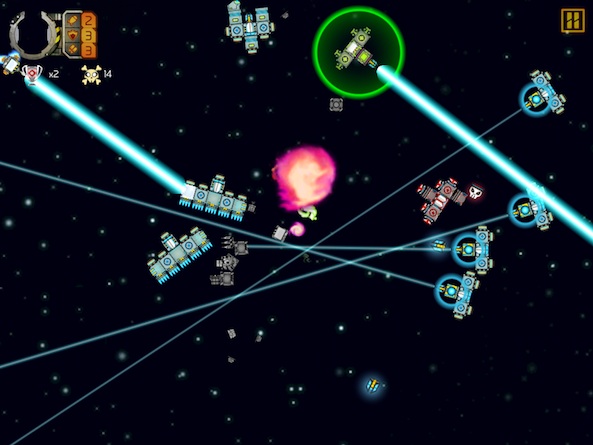 Players customize their ship by adding engines, cockpits, weapons, and more to their basic model. You can add as few or as many additional modules to your ship as you like based on a grid with 49 squares.

When you shoot at an enemy, it will knock off his weapons and shields, which you can pick up and add to your collection. With each new addition, players have the opportunity to cause devastation with a whole new weapon. New weapons include heat seeking missiles, freeze rays, giant ball-and-chains, anti-gravity orbs, magnets, and more.

While making your rounds of collecting trash and attacking the galaxy, stay out of trouble. Those lasers that will eventually end up on your ship come from somewhere. Players must use their skills to avoid getting shot into oblivion.

After you’ve rampaged through wave after wave of enemy ships, settle down for a fight with the big boss. Bosses are randomly generated, so you won’t be able to familiarize yourself with one bad guy at a time.

The infinitely explorable universe makes it possible for you to continue playing for hours without encountering the same space battle twice.

The virtual dual-stick controls are also customizable. Anywhere you place your fingers will become your controller.

Starborn Anarkist is available for the iPhone, iPad, and iPod touch for $1.99. Download it in the App Store today.

Do you like the space battle arcade game mechanics? Do you like being able to customize your ship and upgrade weapons? Which feature do you think is the best part of Starborn Anarkist?