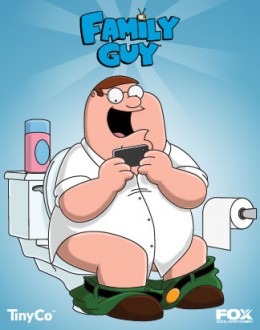 Good news Family Guy fans. The San Francisco-based game studio TinyCo has just announced that it has teamed up with Fox Digital Entertainment to build an official mobile game for the popular TV show, which first debuted back in 1999.

Headed to Android and iOS in 2014, the title is said to feature an original story based on the show’s 212 episodes. Fox says that in the game, players will adventure throughout the city of Quahog, recruiting and confronting popular characters…

“TinyCo were really passionate about what they wanted to do with Family Guy,” Rick Phillips, senior vice president at Fox Digital Entertainment, told Polygon. Saying the company had interest from multiple developers in tackling the source material, “We thought the guys from TinyCo could build a game that’s truest to the brand and IP.

Andrew Green of TinyCo told Polygon that theFamily Guy mobile game will feature elements of resource management, but that its focus is on character and story, with a “large meta-arc” that will play out many months after release through regular updates.”

Not much else is known about the game at this point, but it sounds like Fox and TinyCo are putting a lot of work into it. Apparently it’s been in the works for over a year, and both sides seem intent on making a quality game that’s faithful to the show.

The news of the game instantly brings to mind another iOS title for a popular Fox TV series: The Simpsons: Tapped Out, which EA has had a lot of success with. Even with the stacks of IAPs, if this game plays anything like that one, it’s in good hands.

Look for the Family Guy mobile game in 2014.