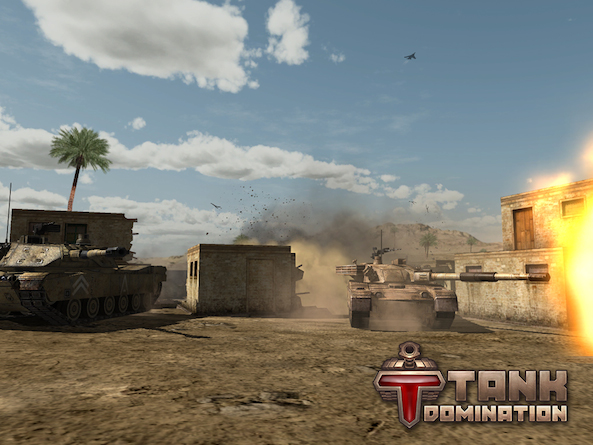 When I was a little kid, I “played tanks.” That is, I drew a picture of a tank on one side of a blank piece of paper, and then drew another tank on the other side. Then, I’d “pew, pew, pew” as I drew dotted lies across the page, finishing with a nice, scribbly “ka-ploosh” as my Crayola-based ammunitions struck the armored vehicles.

Tank Domination is sort of like playing tanks. Except the paper is an iPad, the Crayola drawings are high-definition graphics, and the “pew, pew, pew” is awesome explosions that look so real it will melt your face off…

The game takes you across the globe in a near-future world where governments have collapsed and mercenaries rule the land. Greedy corporations are hard at work seizing what little is left of the world’s resources so they can nickel and dime the ravaged citizens of earth to death. 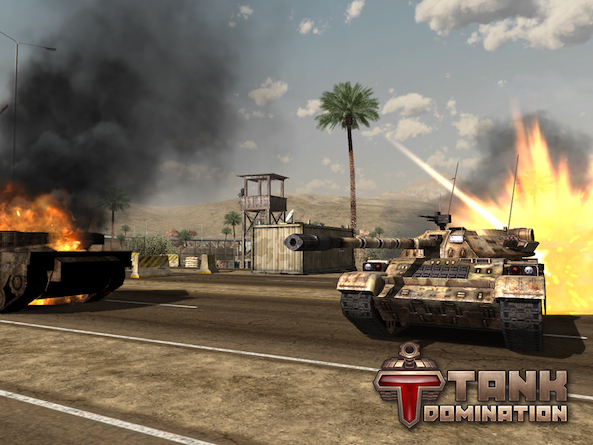 As the apocalyptic turmoil grows, the still-intact oil fields of the Middle East are under fire… literally. Mercenary tank squads from all over the world are converging to battle for the black gold.

Sounds pretty cool, right? This game is a cross-platform tank simulation game that allows for multiplayer battles of up to 20 virtual tanks commanders at once. The game features two modes, either face-off battles where two teams of 10 people on each team battle it out in the oil fields, or single-player mode where players can train and prepare for the major fight. 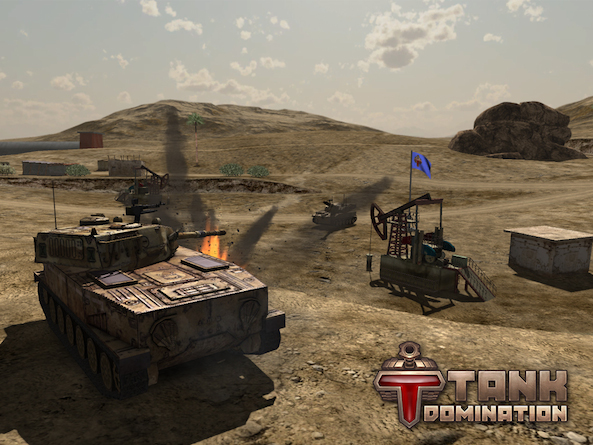 Players can choose from more than 30 armored vehicles based on real military models and prototypes from Europe, the U.S., and Asia. More tanks are expected to be added in future updates. There is more then 700 ammo types and 900 modifications with different sections of the tank being upgradable for increased stats.

You can upgrade your tanks with better weapons and new combat devices. Customize your tank to fit your personal game style. Players fight in teams of 10 each on a square kilometer area that offers a wide variety of highly defined graphic landscapes with partially destructible environments.

Thanks to the social focus of the game, players can communicate with each other through chat channels to coordinate a plan of attack against the enemy.

Tank Domain is available on the iPad for free. Download it in the App Store today.

Do you like tank games? What about team-up battle games? Do you think you will invest time into this title?