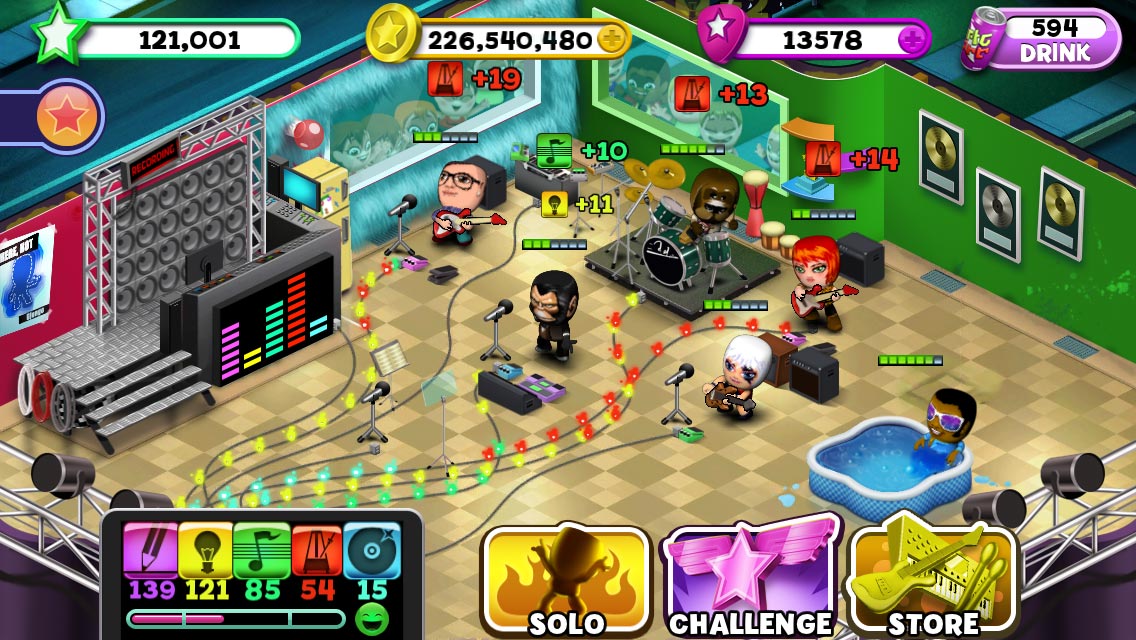 Half Brick Studios, the Australia-based developer behind hit titles like Fruit Ninja and Jetpack Joyride, has released a new game today for iOS. It’s called Band Stars, and it’s universal, meaning it supports both the iPhone and the iPad.

Band Stars is a simulation game, which tasks you with forming a band and spending time in the studio recording music. The goal of the game is to complete various challenges and reach the top of local, national and global music charts… 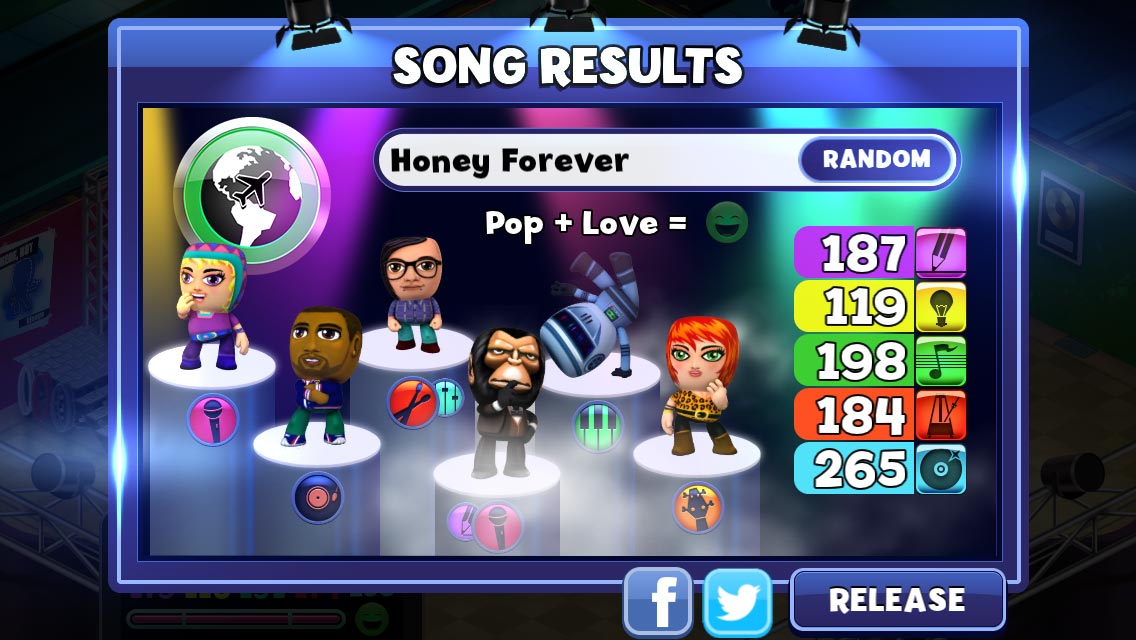 Some of the game’s top features:

And your customary gameplay trailer:

Half Brick actually soft-launched this game in the Australia App Store back in August and it’s currently sitting at a 4.5 star rating. It features music from a variety of genres including pop, rock, metal, urban, electronica, punk, and world music.

Band Stars is completely free to play, but—you guessed it—there are some in-game items that will require purchase. You can of course disable in-app purchases in your device’s settings, but the fact that they’re there will keep some folks away.

If you’d like to check it out for yourself, you can download Band Stars from the App Store.