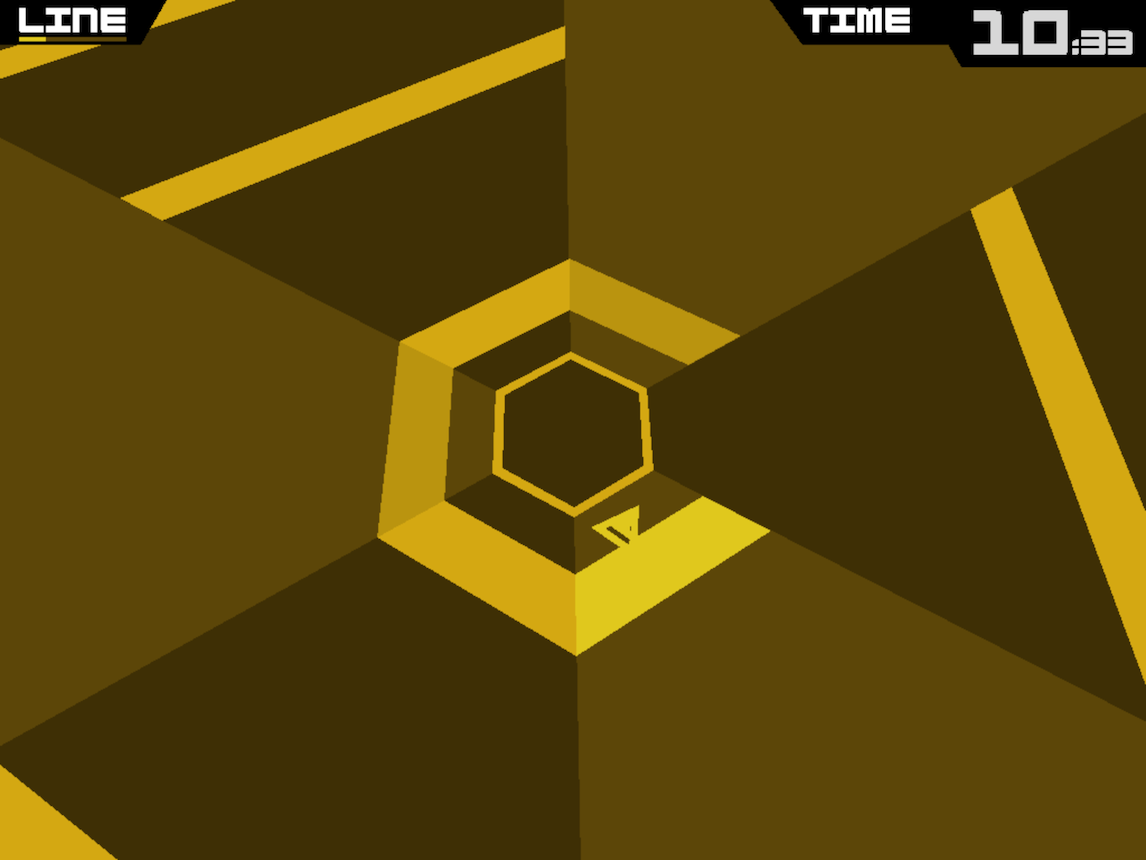 The iPhone and iPad are serious gaming devices. If you ask me, games are one of the best perks about owning an iOS device. The problem is that, just like with virtually every other genre of app on the App Store, there’s an abundance of games available and many of them can be quite terrible.

With that in mind, I’ve decided to start a new series showcasing some of the games available on iOS. Unlike a normal post, I’ll actually add video along with commentary of myself playing the game. By doing this, you’ll be able to better gauge whether or not the game is right for you.

I’ll be doing this a lot with new releases, but I’ll also dig back in my stash of previous gems that everyone should know about. The first game in this series is a game that’s been available for quite some time now—the legendary Terry Cavanagh’s Super Hexagon. This is far and away one of my favorite games for iOS, because it has the perfect mix of drama and replay-ability. Watch me play Super Hexagon after the break.

The premise of Super Hexagon is as simple as simple can be: navigate your character (which happens to be a triangle) through the maze. Navigation is accomplished by tapping on the left side of the screen to move your character left, and the right side of the screen to move it right. Besides those basic tap controls, there are no other input options.

Super Hexagon forces you to navigate through a maze of hexagons and other shapes, and requires quick movements and outstanding hand eye coordination. It’s also a game that forces you to think several moves ahead, in that it’s too late to react if you don’t.

As you venture through each level, you’ll progress from a point to a line, a line to a triangle, a triangle to a square, etc. Each progression brings on more intense mazes, faster speed, and quicker camera pans. It can be very disorienting on the later parts of each level, especially the pentagon and hexagon portions, so you’ll need to keep your cool. 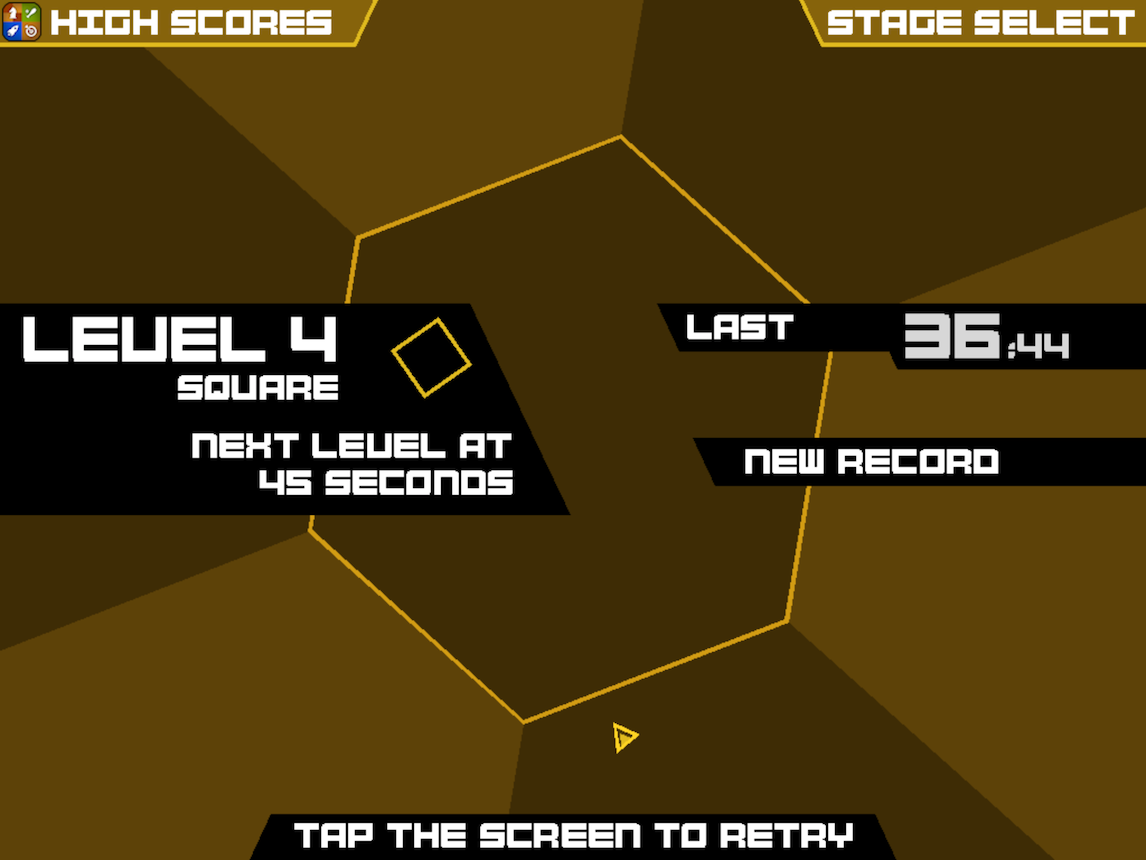 On top of all of the crazy mazes that the game expects you to navigate through, you’ll have to handle the psychedelic soundtrack that’s piped to your ears. The music suits the game perfectly, and features a cadence that helps you time your navigation through the mazes, while at the same time making your more nervous during the process.

Super Hexagon is endearing to me, because it’s quick to pick up and play. If you die, a continue is just a tap away and the action starts immediately. In a world where games require a PhD to even be decent, Super Hexagon is an ode to the simpler 8-bit days of old, and a definite breath of fresh air.

As far as replay-ability is concerned, Super Hexagon features six different difficulty levels, three of which are locked at the outset. The game also has Game Center integration to keep your best survival times, and achievements.

Super Hexagon is an absolute must have for anyone who’s a gamer with an iOS device. You can purchase the title right now on the App Store for $2.99. Have you played it? If so, be sure to drop your thoughts on the game in the comment section down below.