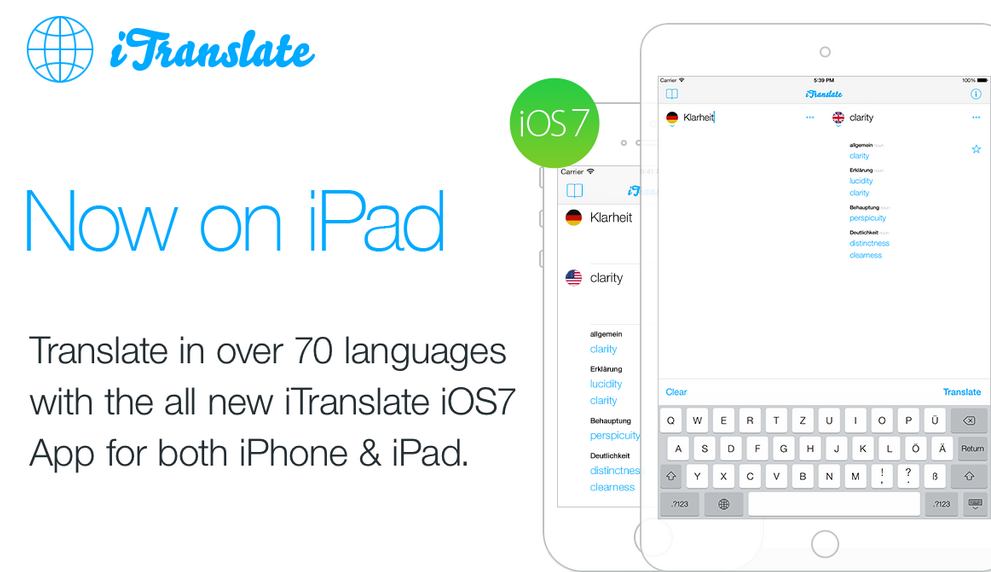 I generally dig software by German developer Sonico Mobile. As I’m not a native English speaker, you could imagine Sonico’s free translator and dictionary program called iTranslate is one of the apps I always keep on my Home screen no matter what. I’m happy to report that the team has now produced a universal binary which perfectly adopts to iOS 7 by functionality and design.

The new iTranslate for iPhone and iPad is now available free in the App Store, bringing with it the native iPad interface featuring revamped appearance for iOS 7 aesthetics. Check out the screenshots and additional tidbits right after the break…

For those unaware, iTranslate for iOS7 lets you translate words and text into over 70 languages. With the brand new interface, iTranslate is now finally in line with the iPhone and iPod touch version, which received its iOS 7 focused updated in October. 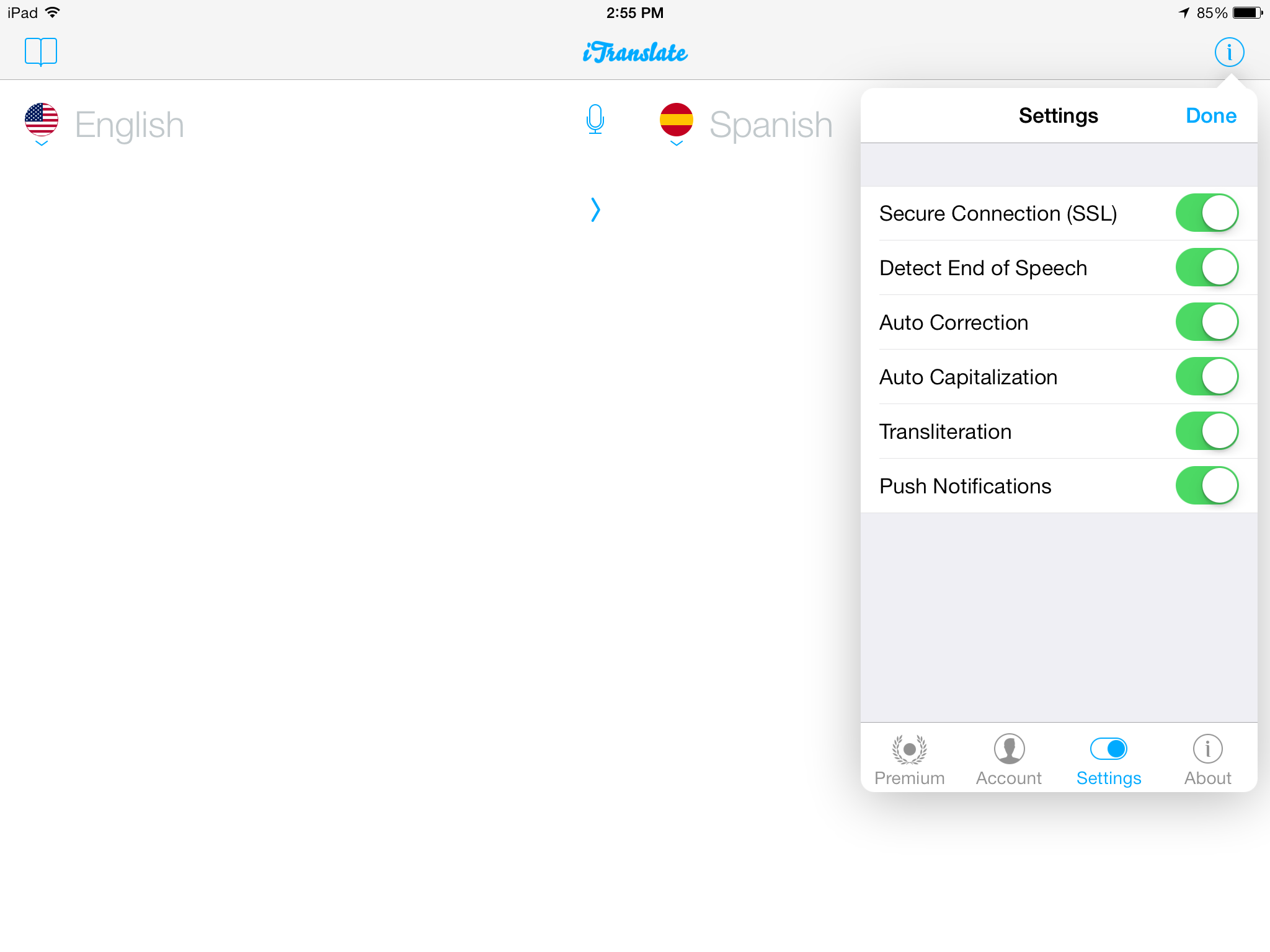 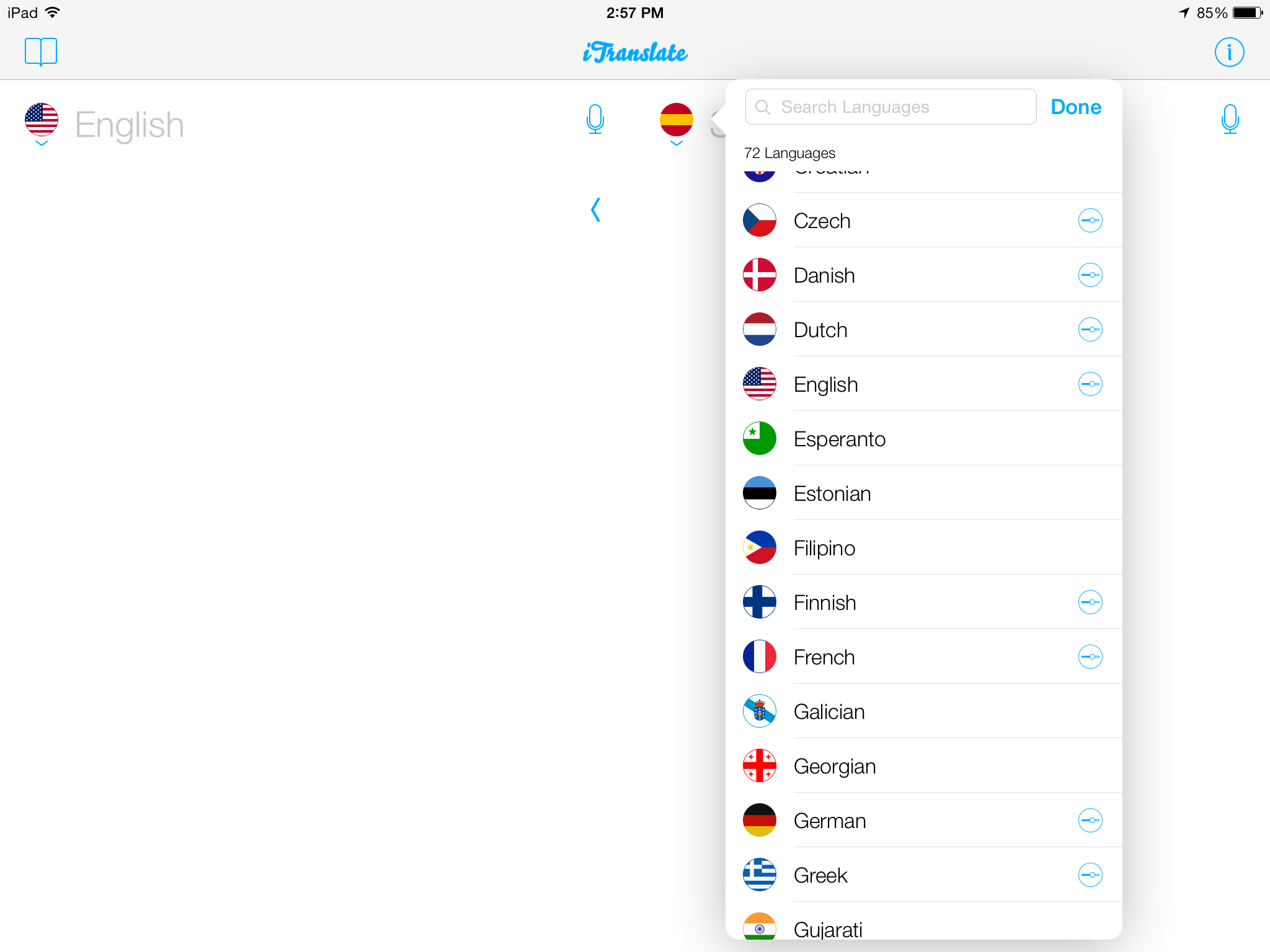 70+ languages in your pocket. 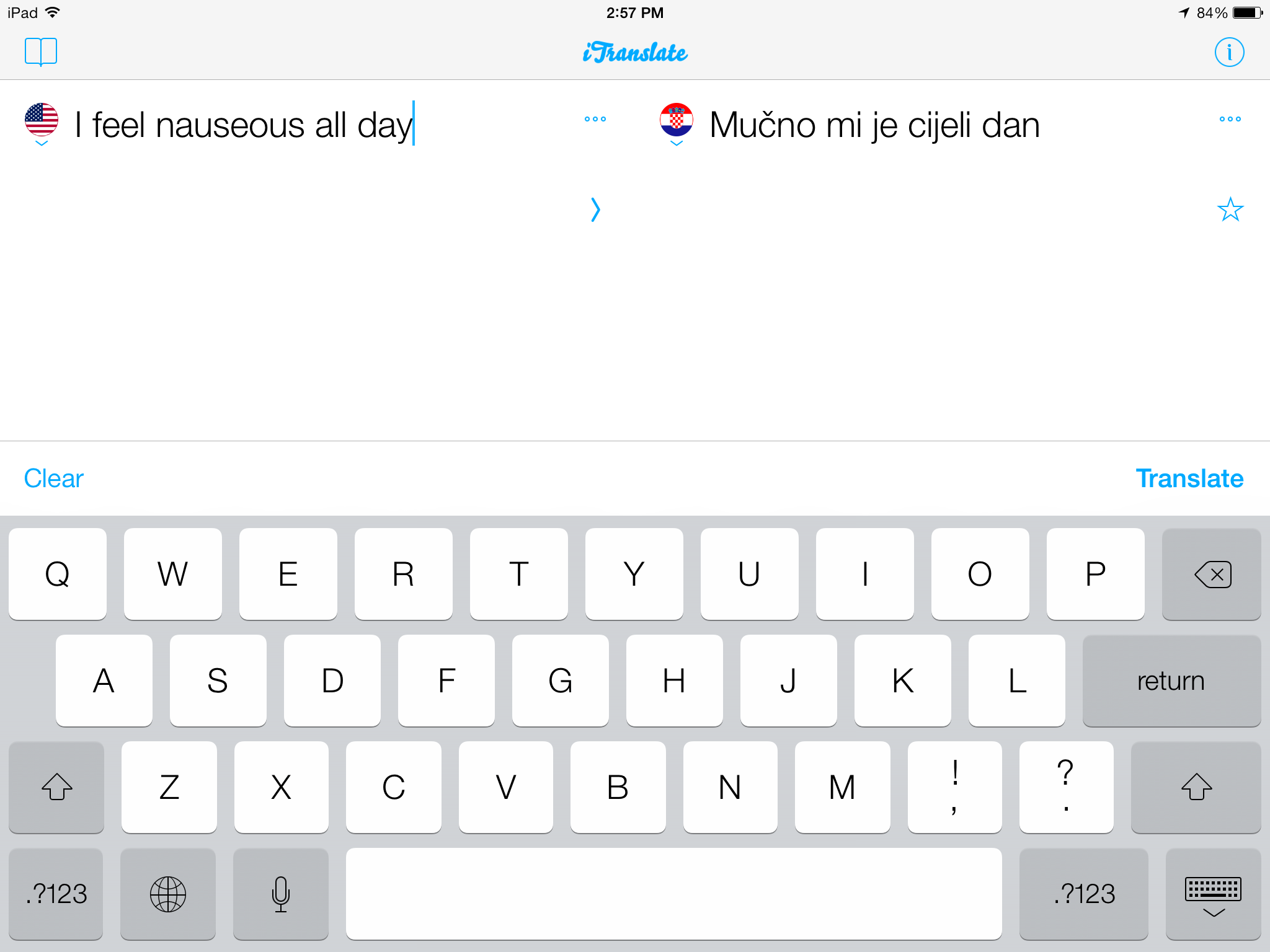 Translations are surprisingly accurate and instantaneous.

What this app cries for is a built-in iOS browser so I could copy and paste passages of text from web pages without having to switch back and forth between iTranslate and Safari. And speaking of wishes, I wish iTranslate had an option to translate whole web pages – in either WYSIWYG form or as plain text – simply by providing a URL.

Check out some additional iPad interface screenies below. 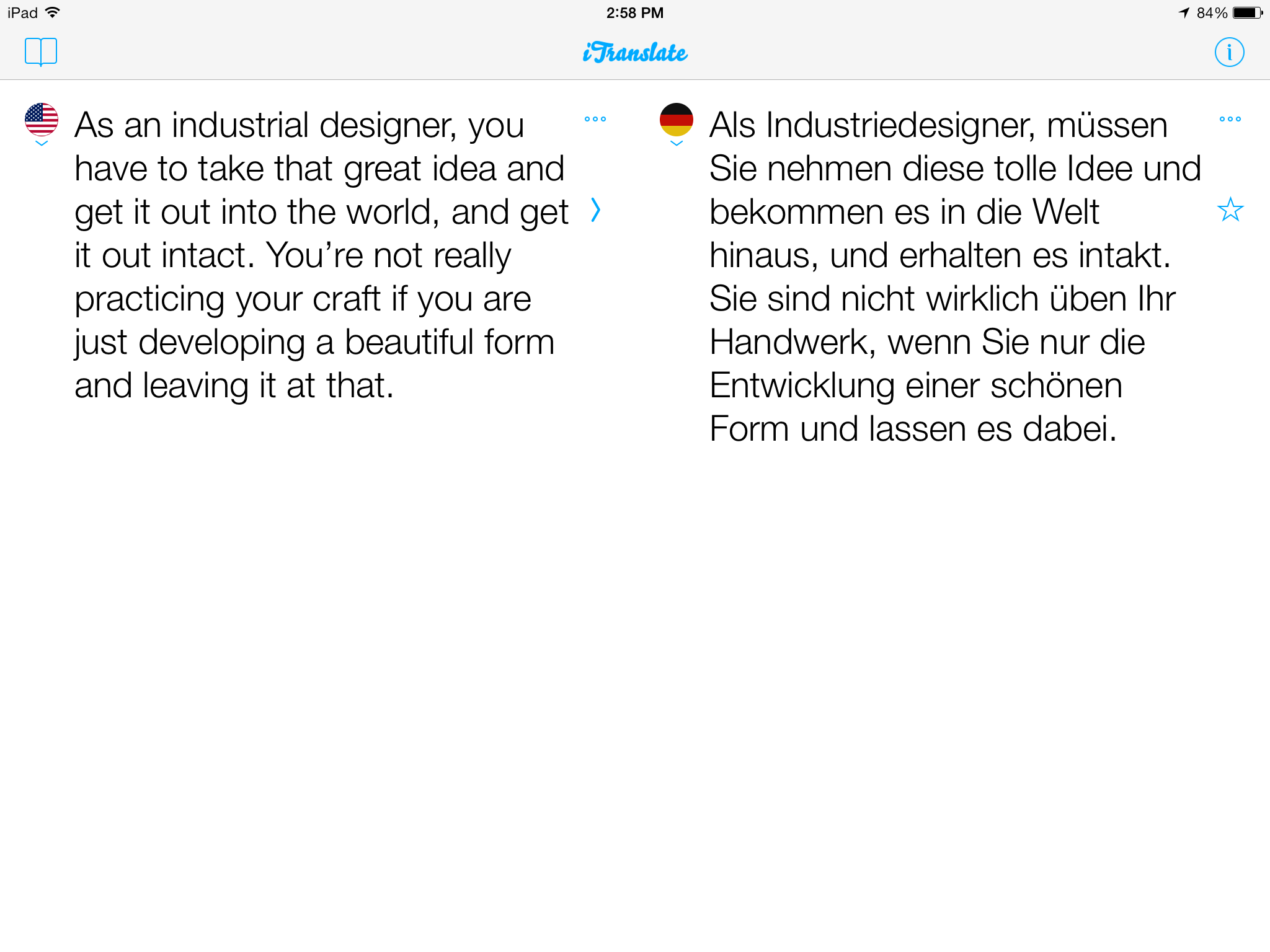 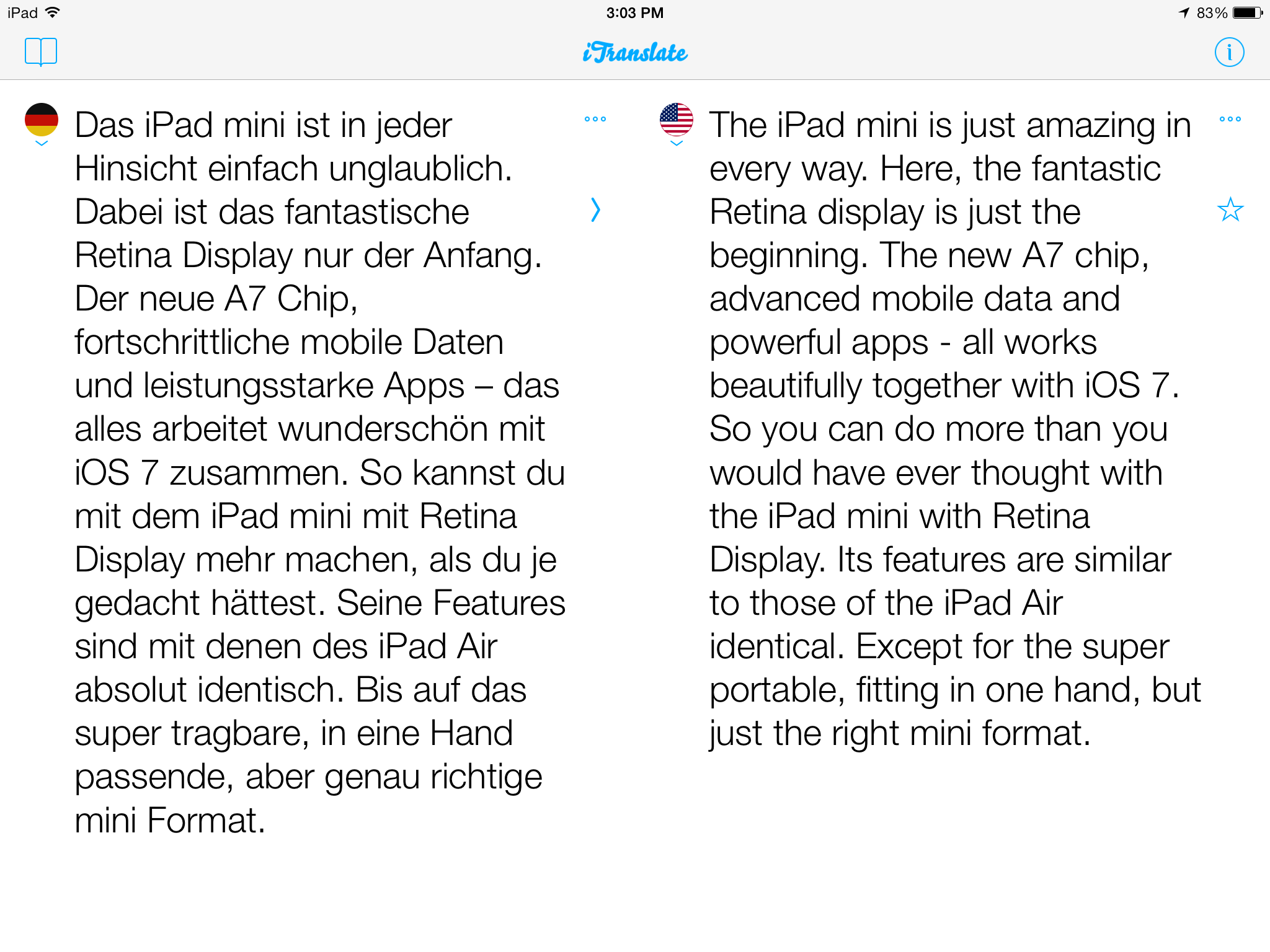 For most languages, the app lets you use voice input and output, which works surprisingly well in terms of dialects, gender, speaking rate and other variables affecting accuracy. iTranslate has more than four million active users, which is a lot for a translator app, and has earned an average rating of 4.5 stars on the App Store.

And here’s the iPhone version in action.

In addition to the native iPad interface and new design which feels and looks like a real iOS 7 app now, the previous iTranslate for iPhone update has added seven new languages: Bosnian, Cebuano, Hmong, Javanese, Khmer, Lao and Marathi.

Check out a few iPhone screenies below.

The universal binary weighs in at 28.5MB and requires an iDevice running iOS 5.0 or later. Note that iTranslate 7.1 replaces the old version of iTranslate, now discontinued. 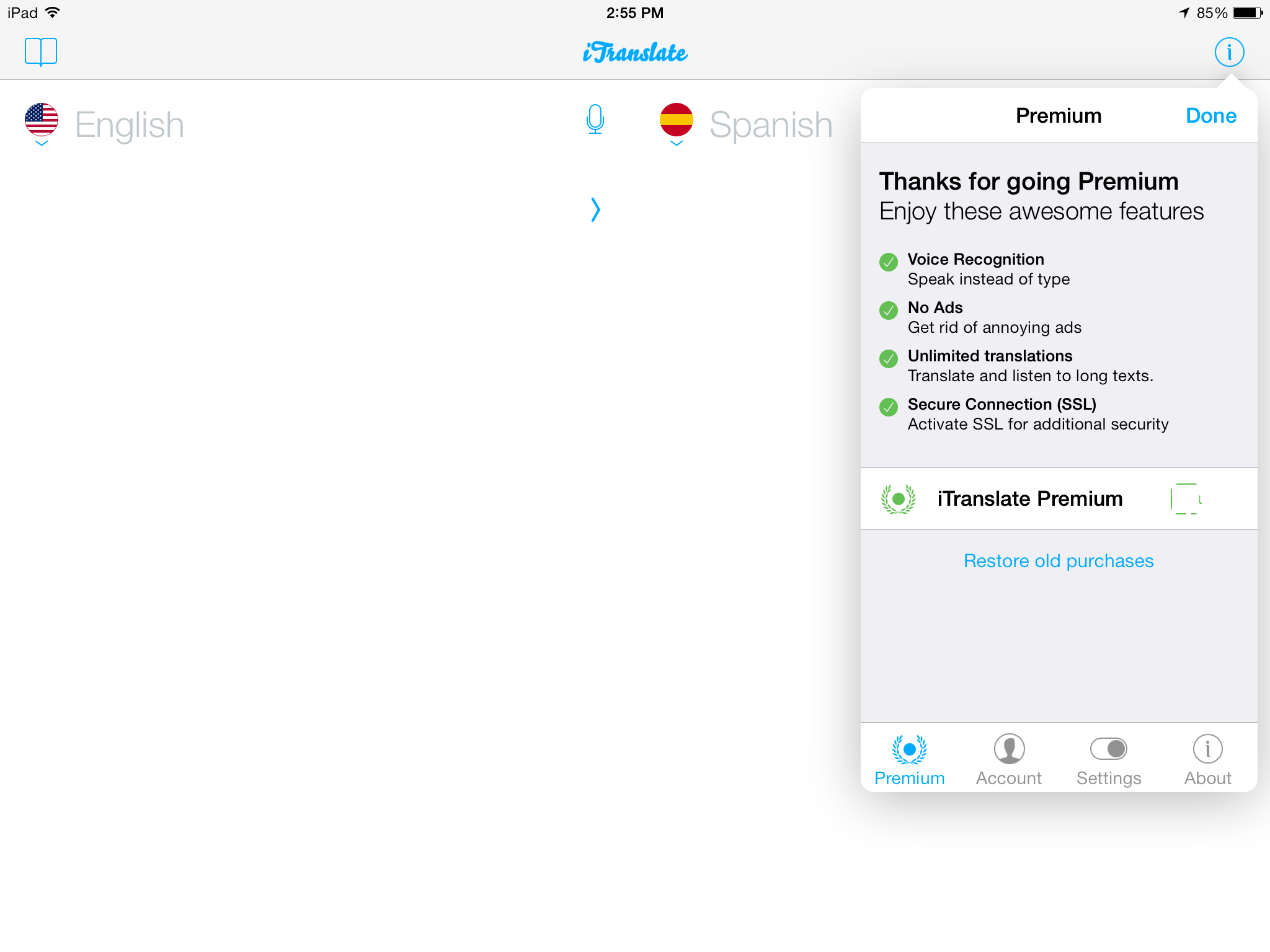 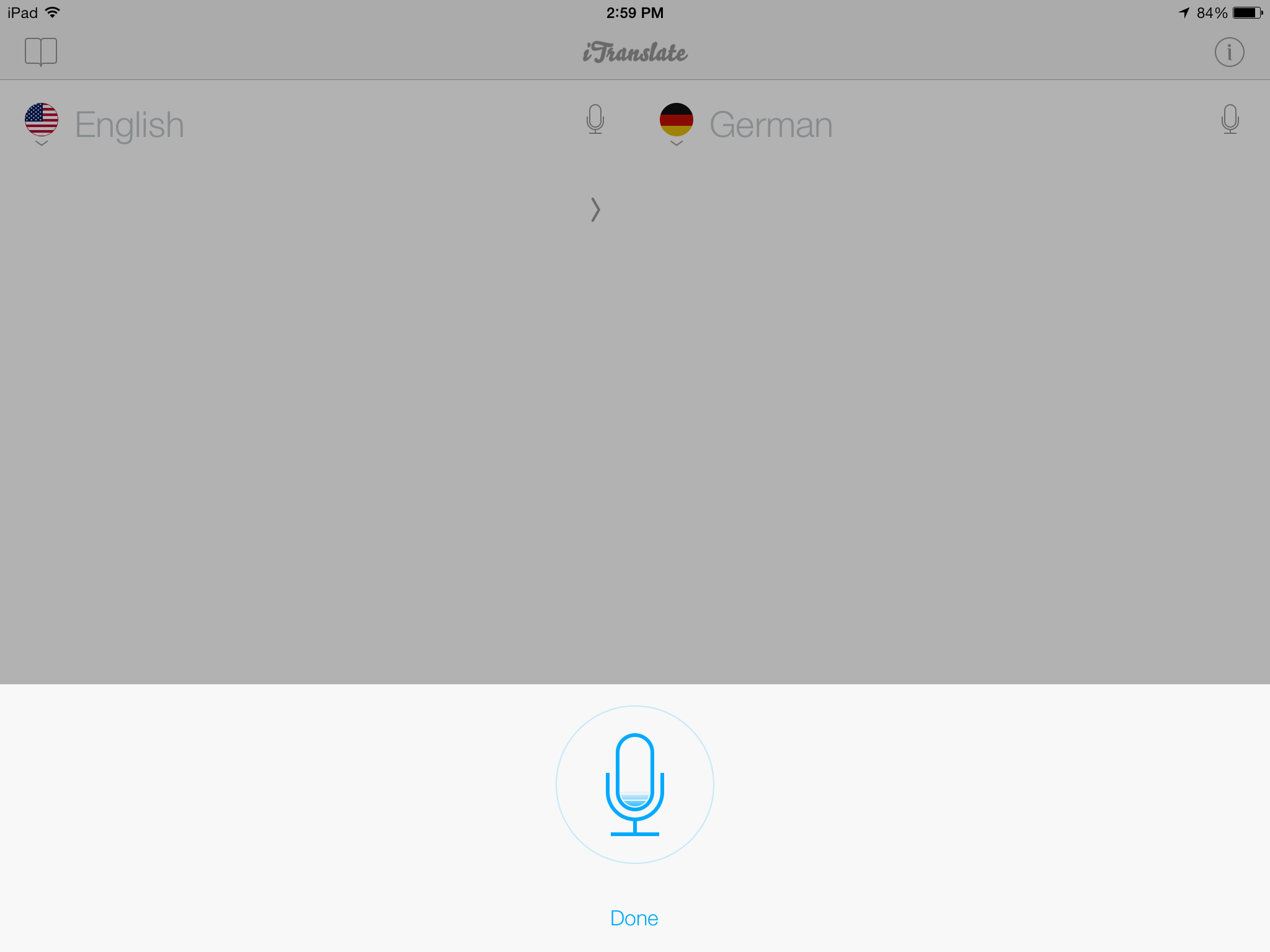 Among other apps, Sonico Mobile is behind such fine software as the offline translation dictionary app called Languages, the tremendously useful Files App which we reviewed back in February, the ultra-fast and super sexy translation dictionary called Languages which works without an Internet connection and the powerful iTranslate Voice app that lets you instantly “speak” another language, voice-to-voice (read my review).