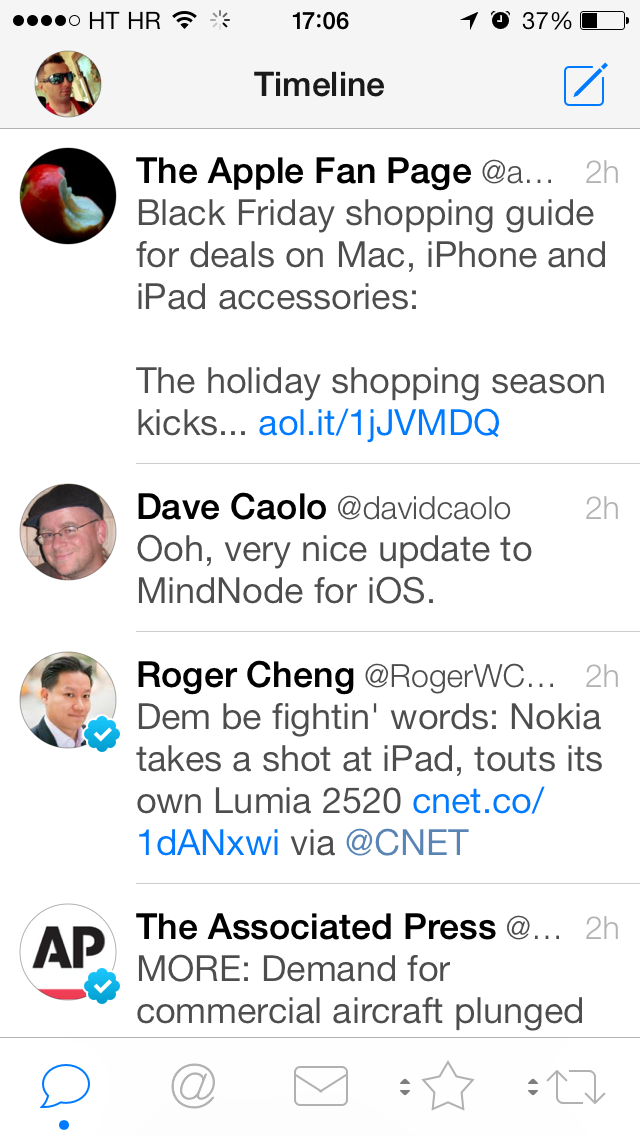 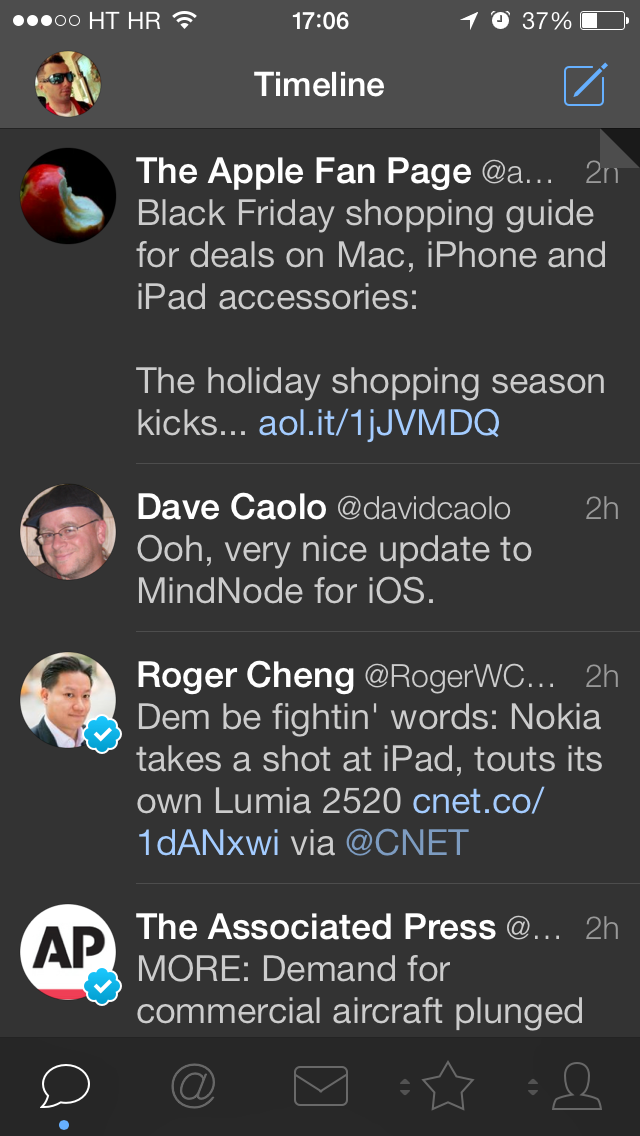 Tweetbot, my go-to Twitter client for the iPhone, iPad and Mac, has been updated with an awesome new Night mode, easier account switching, account re-ordering and other perks.

Now available in the App Store as a free download for existing users, Tweetbot 3.2 for the iPhone and iPod touch includes a couple usual bug fixes and performance improvements while adding long-hold on the Favorite button to fav from another account.

I’ve included the full changelog after the break…

You can see the usual Day theme pictured top-left versus the new Night UI on the right. I’m loving that Tweetbot is letting me switch between Day/Night manually or automatically, which can be set in the Display section of in-app settings (see below).

Or, you can just swipe up and down with two fingers anywhere in the app to quickly switch between Day/Night theme, though the gesture sadly won’t work with the Auto-Night mode enabled. 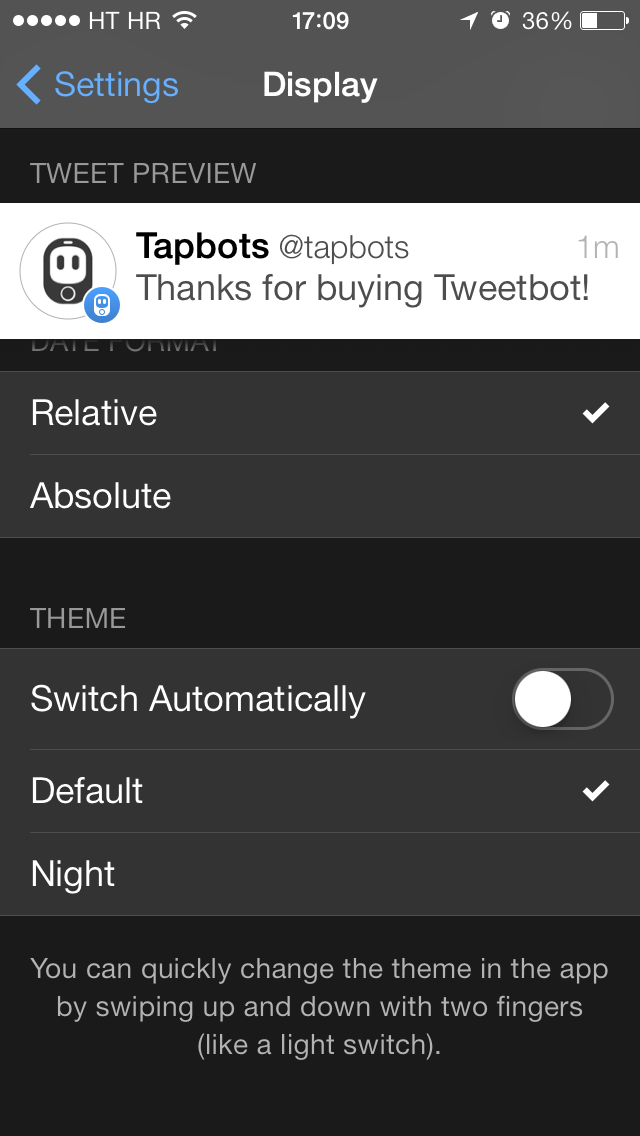 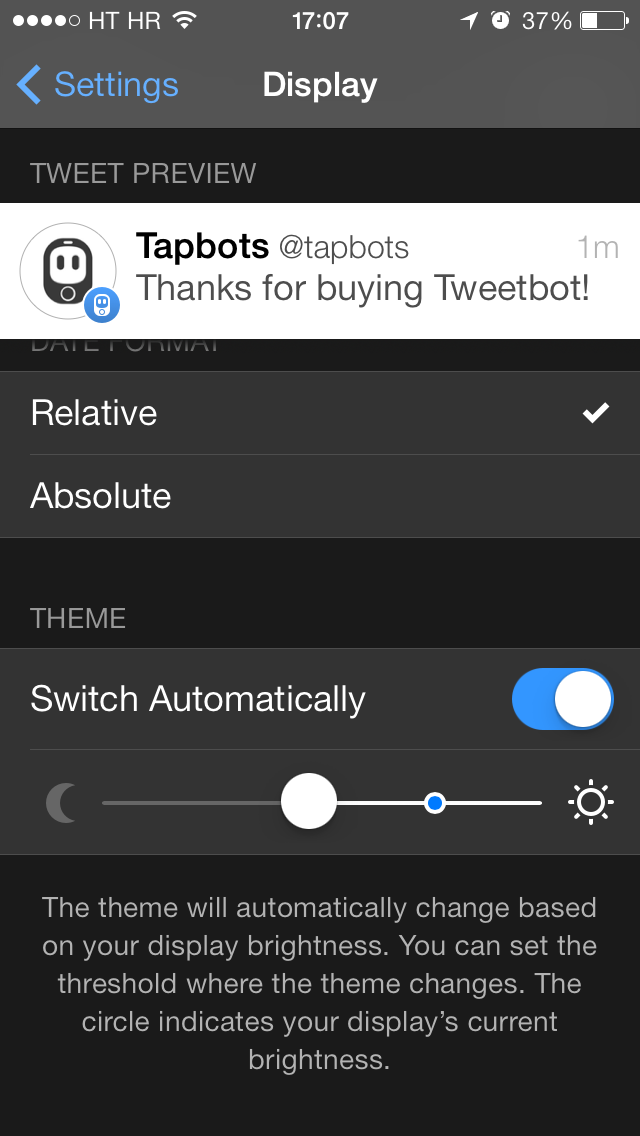 Curiously, instead of checking your time to automatically switch between Day and Night theme, Tweetbot accomplishes the switch based on your display brightness hitting a certain threshold, which is partly dependent on Auto-Brightness feature in iOS Settings > Wallpapers & Brightness.

Which brings me to my other trick: to quickly switch between Day/Night with Auto-Night mode enabled, drag the brightness slider in the iOS 7 Control Center (invoked by pulling upward from the screen bottom) until it hits your threshold.

Those who manage multiple Twitter accounts in Tweetbot can now switch quickly between them by swiping left across the navigation bar. And now, the app lets you re-order your accounts by holding down and dragging its avatar image. 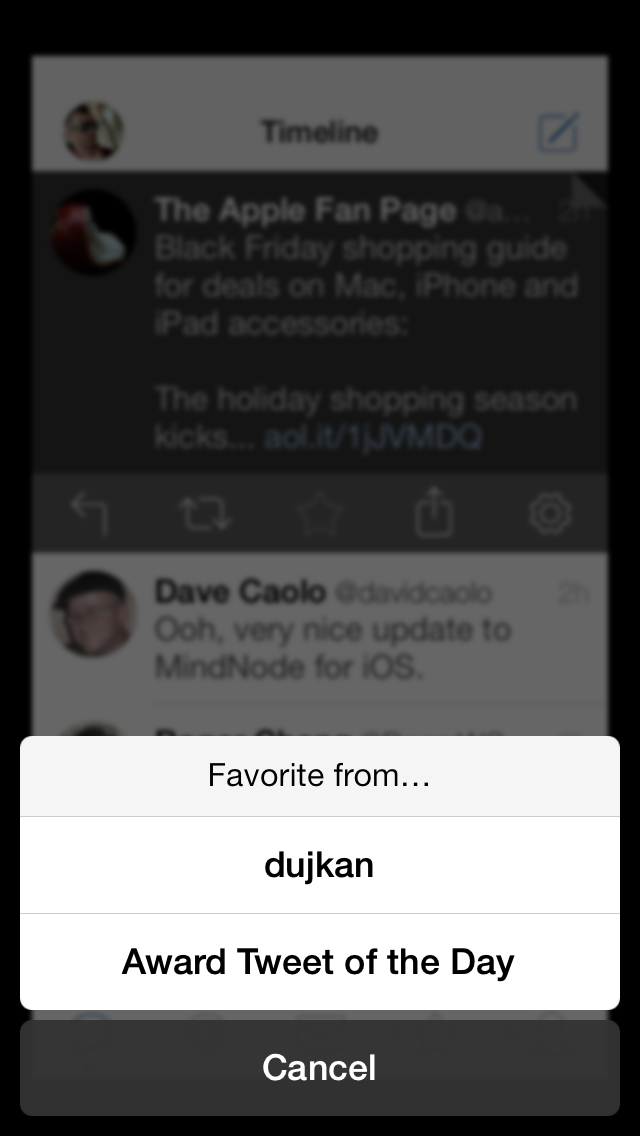 As per usual, our friend MacStories editor Federico Viticci has a detailed overview of the new goodies in this Tweetbot update.

• Night Theme. This theme is optimized for reading in dim/dark locations. You can set it manually or have it change automatically based on your screen brightness.
• Quicker Account Switching. Hold down on the account switch avatar, drag and release…or swipe left across the navbar to go to the next account.
• Account Reordering. Hold down on an avatar in the account select view, then drag and drop.
• Added long hold on the favorite button to fav from another account
• Various bug fixes

At the time of this writing, neither the iPad edition nor the Mac build have been updated with these new features.

Tweetbot 3 is currently on sale and costs three bucks for the iPhone and iPod touch.

The iPad edition is an additional three bucks.

With that in mind, switching to Tweetbot on all your devices will set you back $27, but I can honestly say that’s a money well-spent for those who depend on Twitter for their daily productivity.