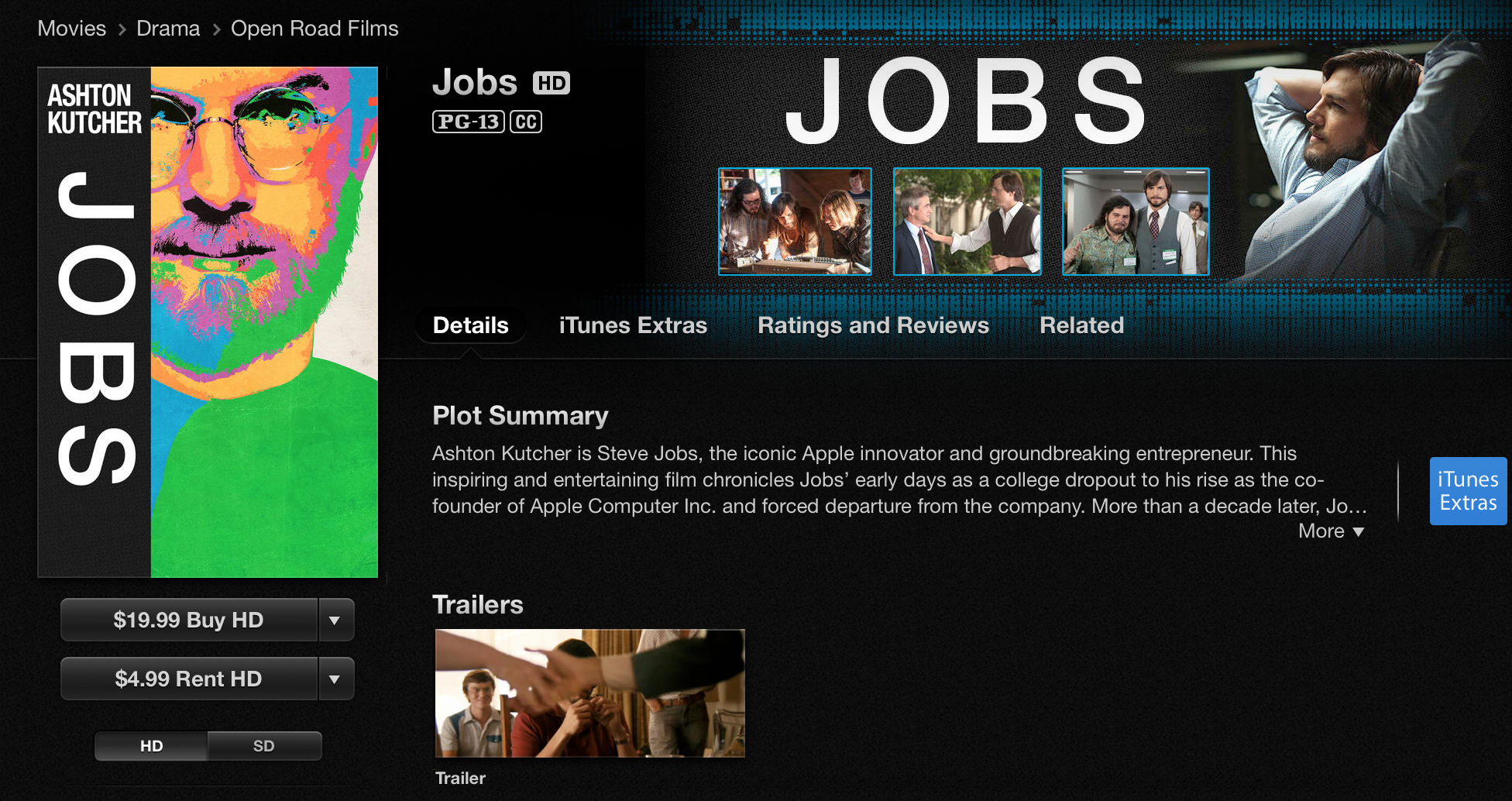 For those of you who were unable to see it in theaters, Ashton Kutcher’s much talked about ‘Jobs’ film is now available for purchase. You can either buy it or rent it in iTunes, and then of course it’s available in Blu-Ray and DVD as well.

After months of rumors and a lengthy delay, ‘Jobs’ opened to mixed reviews on August 16. It stayed in theaters for just 7 weeks, and only pulled $35 million worldwide. It was considered by many to be a flop, but now you can be the critic…

Here’s a quick excerpt from our review of the film:

“At the heart of the Jobs film is the story of how Apple was founded, which is a great one no matter how you tell it. It’s crazy to think that the world’s largest company (by market cap) started in a garage with a group of kids soldering circuit boards.

Speaking of which, all of the main cast members gave solid performances. While Kutcher probably won’t win an Oscar for this role, he was good, as was Josh Gad, who played Steve Wozniak, Dermot Mulroney, who played Mike Markkula, and the rest of the early Apple gang.”

And here’s the movie trailer for those who missed it: