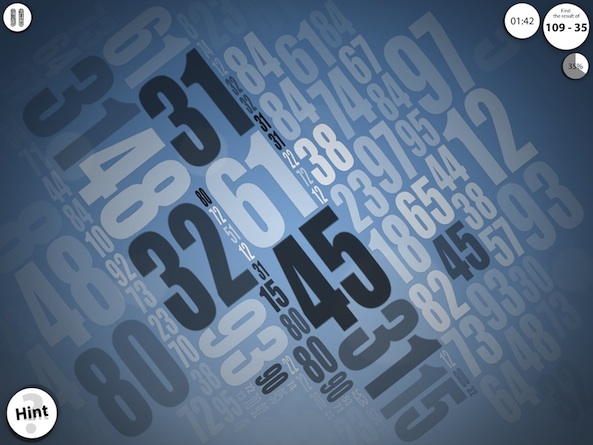 Do you remember those 3-D illusion posters that were a big hit in the late 1990s? The poster just looked like a bunch of dots, but if you looked past the dots, a three-dimensional image would form and your world would be totally redefined (well, maybe nothing that dramatic, but it was cool at the time).

Players are shown a screen full of numbers of varying sizes, facing different directions. Amongst the seemingly random groups of numbers is a hidden object. Maybe it is a face, or an animal, or an iconic building. The only way to find it is to first find the numbers in a specific order. 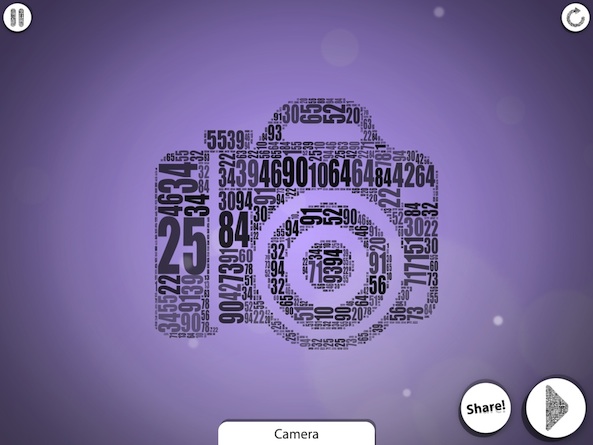 When you tap on a number, it becomes shaded. If you need one, a hint will direct you to the next number to unlock another piece of the puzzle. As new numbers are darkened, the shape begins to take form and, before you know it, you’ve unlocked an image you never knew was hidden in the scattered numerical mess.

This interesting app is more than just a simple puzzle game. Players are asked to solve arithmetic, memorize locations, and more. This game challenges your brain and makes you work for your reward. It is designed to help improve math skills and challenge memory and concentration skills. The mathematically-themed puzzles look fresh and minimalistic. 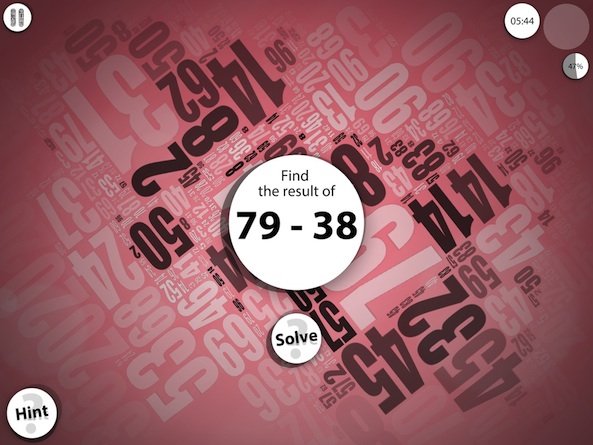 There are 50 levels with five themed packs. The game’s difficulty level increases with your success. It features a dynamic complicity adjustment, which is dependent on the game’s progress and the player’s skill level.

You can challenge your friends to try to beat your high score with achievements and leader boards on Game Center. The app is universal and includes iCloud syncing, so you can play it on your iPad at home and pick up where you left off on your iPhone at work. When you unlock a hidden image, share it with everyone on Facebook and Twitter.

This game is available for the iPhone, iPad, and iPod touch for $0.99. Download it in the App Store today.

What do you think of Numerity? Does it seem uniquely fun, or too mathematical for your taste?