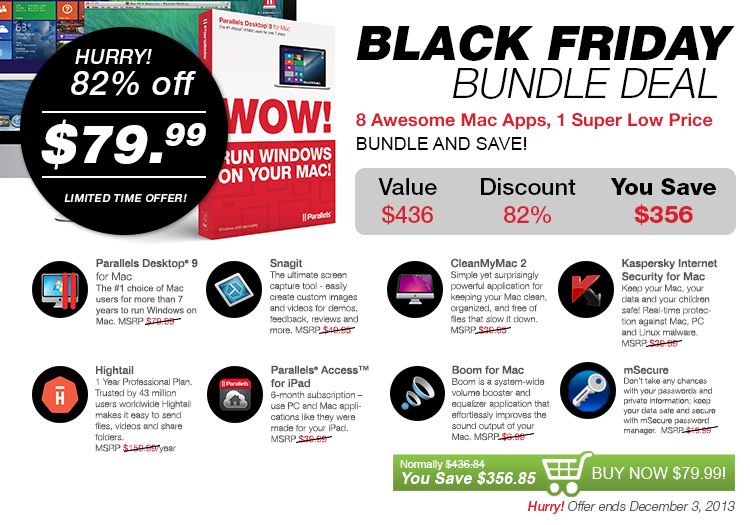 Black Friday is nine days away, but that’s not stopping companies from advertising huge holiday discounts like there’s no tomorrow. Notable deals Cody told you about in the past week or so include 28% off the iPhone-controlled Cobra iHelicopter, 46% off id America’s iPhone 5/5s accessory bundle, 55% off Jony Ive and Inside Steve’s Brain book combo and more.

Again, all of these apps combined would normally set you back $436.84.

The kind people at Parallels are bundling them together with a huge 82 percent discount so you save $356.85 and end up paying  just $79.99.

To put it another way: $79.99 is what Parallels Desktop 9 for Mac normally retails for so you’re essentially getting the other seven great apps completely free of charge.