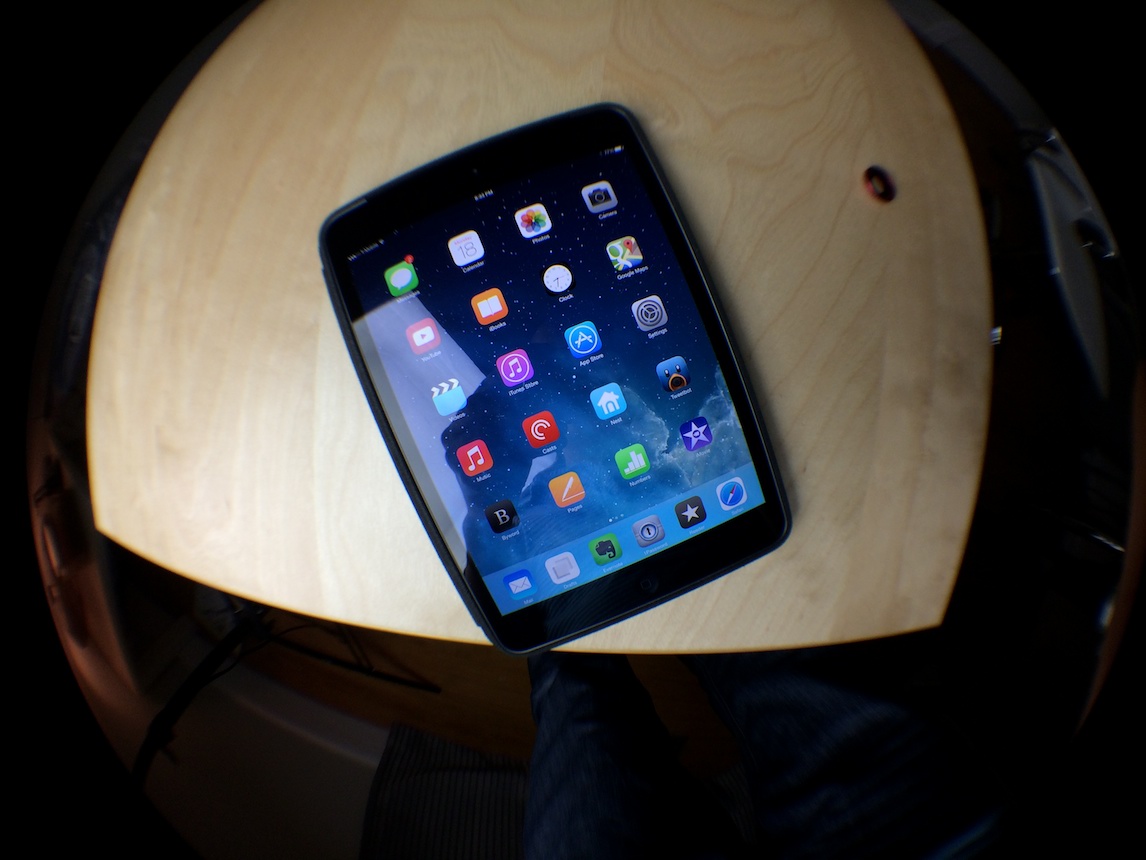 As you’ll hear me recount on the upcoming episode of Let’s Talk iOS, I had to go through quite a lot to get my hands on the iPad mini with Retina display that I desired. The model, a Space Grey 32GB Cellular version with a bundled T-Mobile sim, proved to be a pretty tough get.

But I finally did get my iPad mini, and I’ve been able to spend the last few days truly analyzing the device, and analyzing whether or not the time I invested into acquiring it was worth the hassle.

You’ve likely read plenty of other reviews that pretty much spout off the same thing. Yes, the mini now has an awesome screen, has the same guts as the iPad Air, and it did so by compromising some of its thinness. So what’s the end result? Is this a good product? Will it go down as the best iPad ever? I share my thoughts inside.

To be honest, my first impression with the Retina mini was slightly disappointing. Mind you, I was just coming from a full sized iPad Air, a device that I had swapped out a few hours earlier for the mini.

The iPad Air’s thinness and weight loss makes the mini feel like less of a game changer than its first non-Retina iteration. Yes, it’s still remarkable that Apple was able to shoehorn so much power into such a petite package, but the iPad Air is no where near the overweight beast that the iPad 3/4 was. The emphasis placed on the size and weight difference just isn’t there this time around.

Because of that, more time is spent appreciating the screens of both devices. The iPad mini’s screen is beautiful, with an insane PPI count. Last gen iPad mini owners don’t even need to think twice about upgrading, just do it. If there was ever a so-called “must upgrade” the original iPad mini to the iPad mini with Retina display is it. 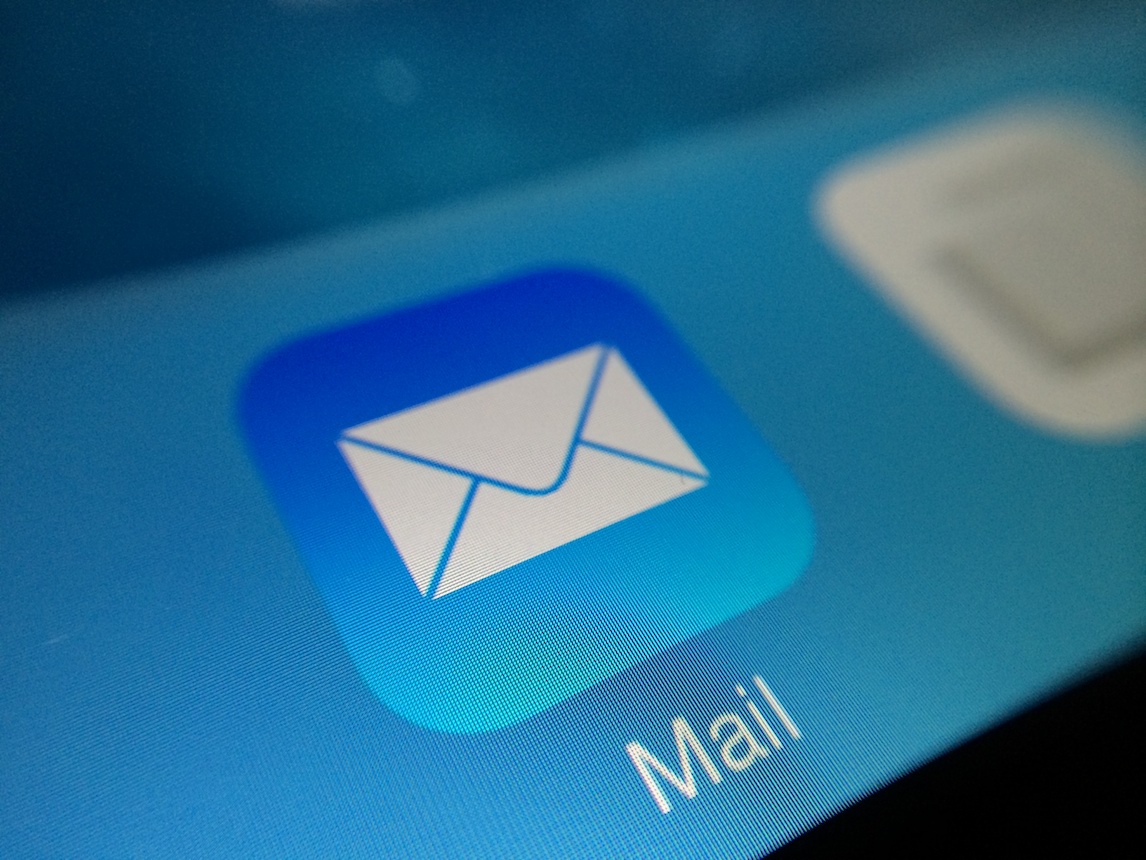 But for those of you who are considering an iPad Air, or who already own an iPad Air and are thinking about “downgrading” to the mini, the decision is a lot harder. This is especially true if you don’t travel a lot and portability plays second fiddle to other issues.

There’s something definitely to be said about the larger screen found on the iPad Air. Not only does the screen appear to look a tinge better than the mini’s, the extra real estate, and larger app icons are something I immediately missed.

Now that size and weight differences doesn’t make the argument between the two a forgone conclusion, it’s something you should seriously consider. With that in mind, I definitely think you should check out both devices in store before making the plunge if you’re on the fence.

If you travel and portability is concern numero uno, then yes, buy the mini. But if your iPad is parked on the coffee table or on the bedroom nightstand 80% of the time, you should really look at both, and compare both before just assuming the mini is the one you should get.

This isn’t to say that the mini is a bad device. On the contrary, this just goes to show how good of a job Apple did with its full size offering.

That alone is the only reason why I swapped out my iPad Air for a mini. If I could somehow shrink down the iPad Air when traveling, and make it full size again when at home, I’d do so in a heartbeat. Until then, I consider it a compromise of sorts to go with the mini. It’s still a wonderful device, but the iPad Air is an absolute home run.

Apple switched things up, and for the first time offered a Smart Case to go along with the mini’s Smart Cover. Again, for someone like me who travels, the Smart Case is probably the right choice. It makes it so I don’t even have to think about it when I toss my iPad into my bag and head out the door. 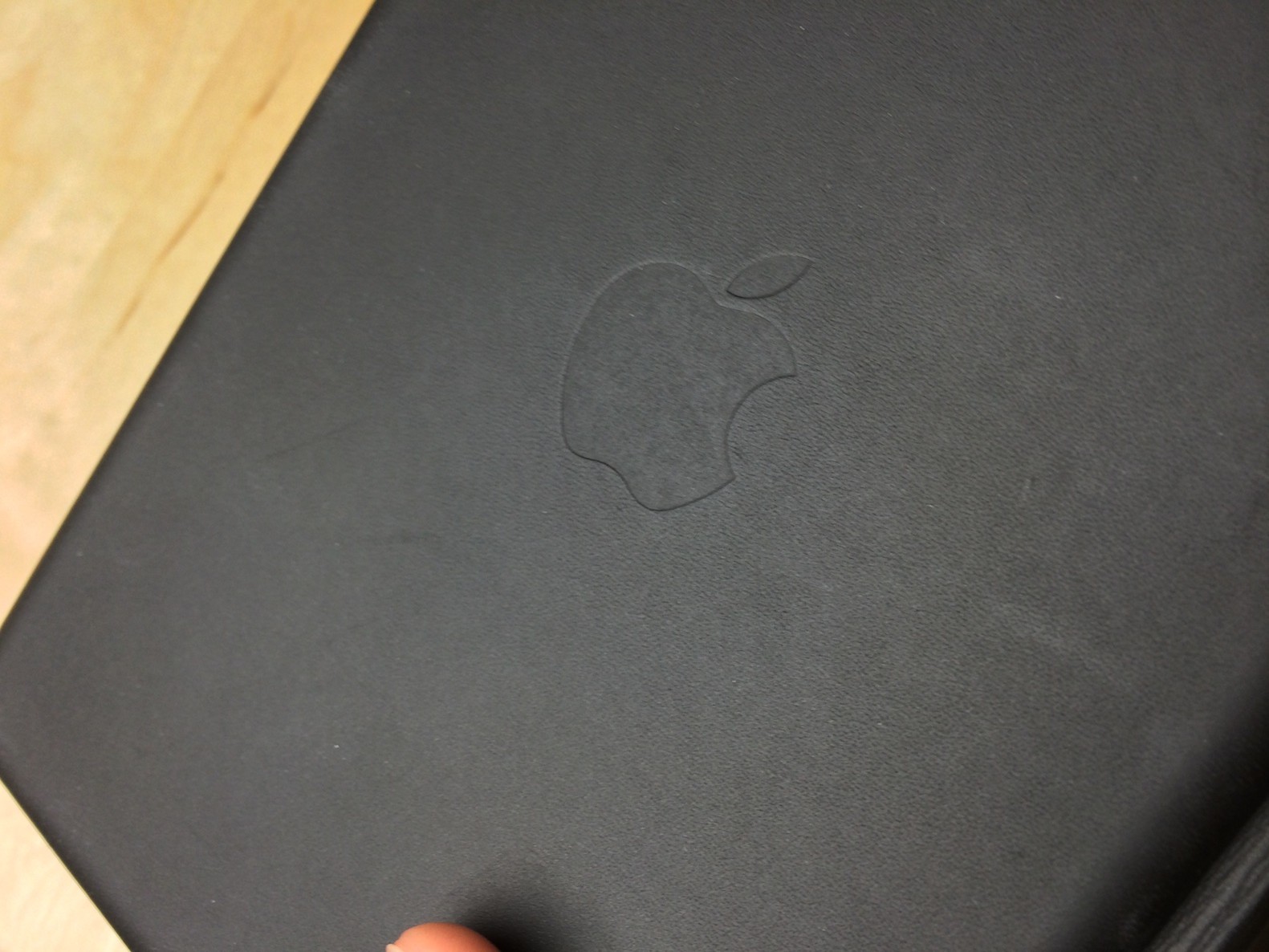 MG Siegler made a post about the Smart Case, lambasting it as one of Apple’s worst products in years. While I can’t speak for the full sized edition of the Smart Case, I’m fairly happy with the mini version. 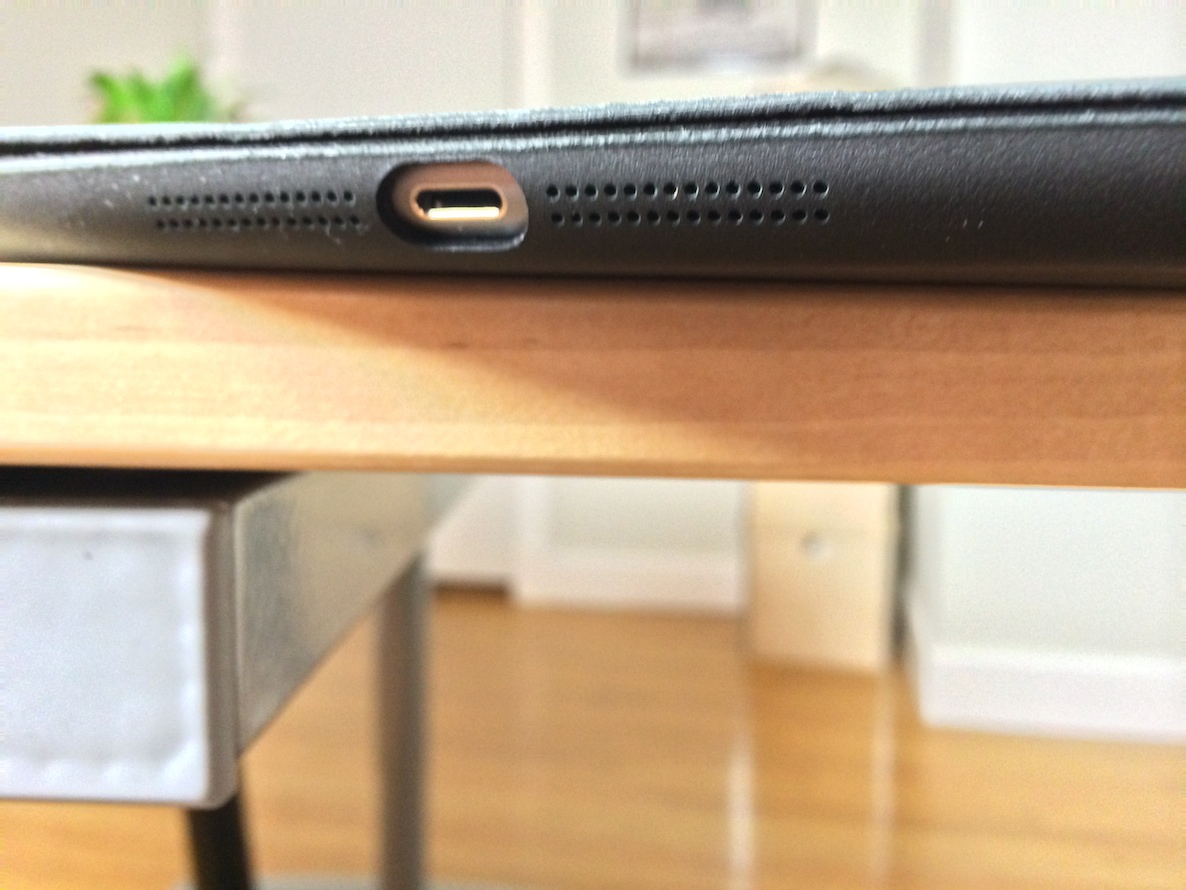 I do understand where Siegler is coming from when he mentions the way the case buckles a bit at the hinge. But as he mentioned, this problem is a lot less noticeable on the mini than it is with the Air.

My cellular requirement was one of the primary reasons that I had so much trouble tracking down an iPad mini with Retina display. For someone who travels with the iPad, a cellular version is a no brainer, especially with T-Mobile’s recent 200MB free pitch.

Having a fully Retina mini, with cellular internet access anywhere — all enclosed in a leather Smart Case — just feels like the future to me. I finally have a portable computer that makes virtually no compromises. The only compromise I can come up with is its size, but when you factor in the use cases, that may or may not be a compromise for you at all. 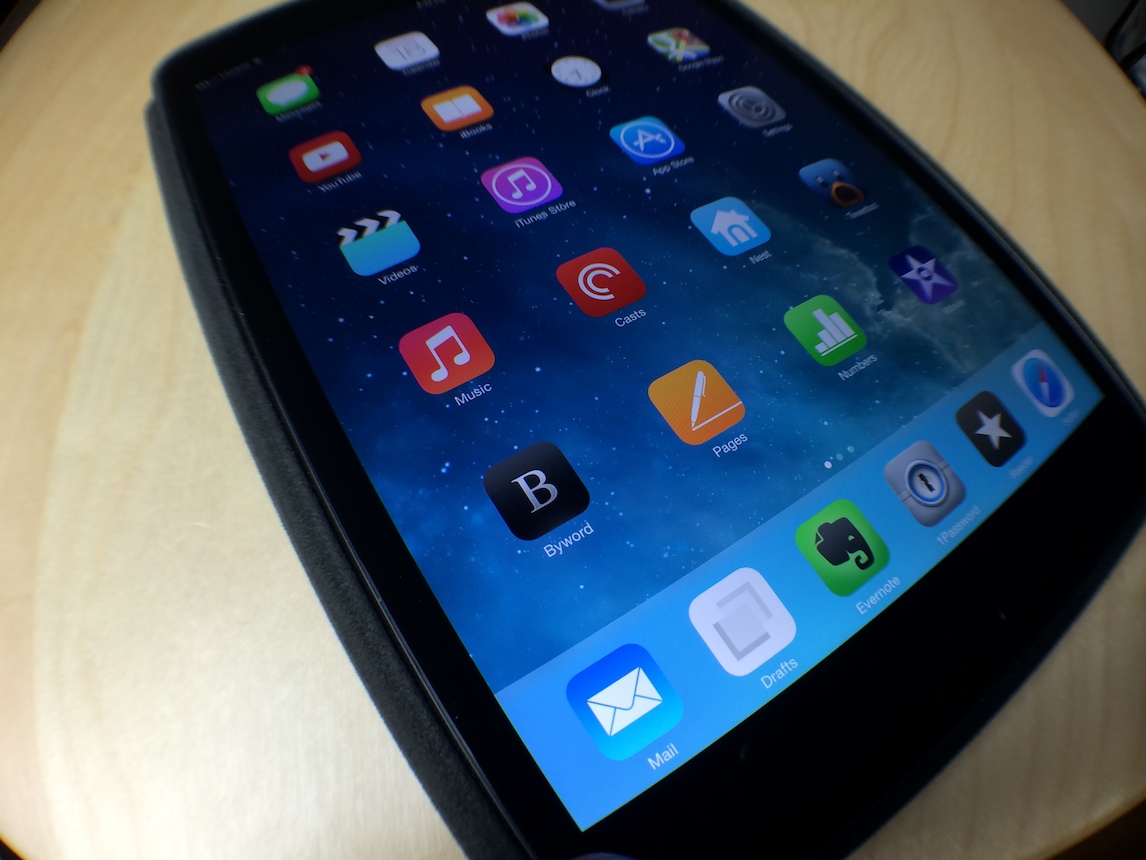 The iPad mini is the type of device that I dreamed of as a teenager. I knew that eventually one day we&#8217d have a computer that could access the Internet from anywhere, with plenty of power, in a remarkable form factor. I’m just not so sure that I ever imagined that such a device would be here so soon. This really and truly does feel like the future. For those that travel with their iPad, this is the best iPad by far.