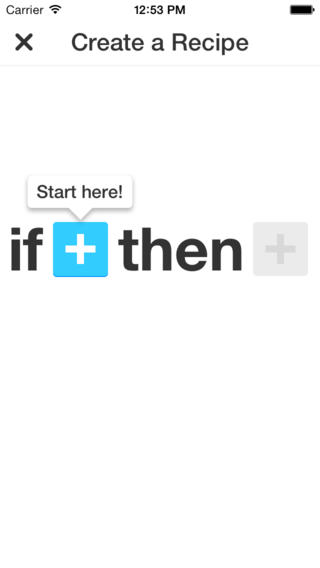 If you’re not familiar with IFTTT (an acronym for ‘IF This Then That’), this tremendously powerful app permits you to create time-saving service meshups to automate common tasks.

For example, you could tell IFTTT to update your all social media profile photos when your Facebook profile pic changes. Or, you can even create a Recipe to receive SMS notifications when iDownloadBlog publishes an article, for example.

IFTTT has been around since 2010, but only released an iPhone app back in July. The software has since seen several maintenance updates and today the team issued a new version which brings the ability to add photos directly to your iPhone Camera roll, create new to-dos in the stock Reminders app and more…

The iOS Reminders integration is especially interesting as iCloud takes it from there, syncing all those to-dos IFTTT automatically created depending on your criteria across all your devices.

Yes, they have an iOS 7-friendly app icon now.

In addition to supporting the iOS Camera roll and Reminders to-dos, IFTTT version 1.2 has “beautified your feed” while introducing a new Feedback button in app settings. And as part of the overall iOS 7 look and feel, you can now use the swipe gestures to navigate the app.

Last but not least, the team has “vastly improved” background sync for iOS 7. 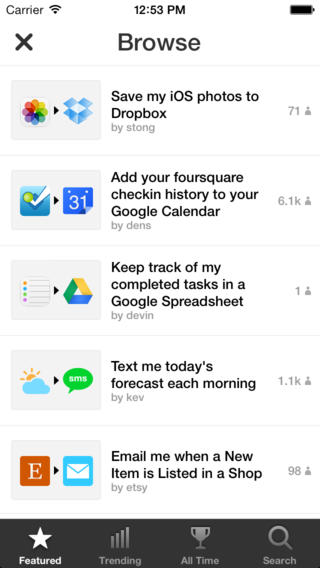 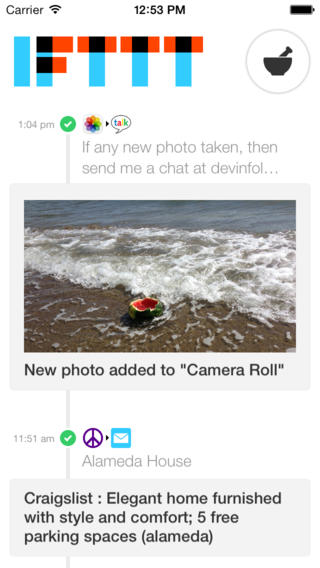 To automate common tasks, you first create something called a Recipe which tells IFTTT to do something (an Action, or ‘that’) with a chosen service when something else changes (a Trigger, or ‘this’). It may sound complicated, but it’s easier than it seems.

Moreover, IFTTT expands possibilities by hooking into a few stock iOS apps, such as Mail and Messages, and working with third-party devices like the Philips Hue lightbulb, Belkin’s WeMo home automation rig and Jawbone’s UP fitness tracker.

Another IFTTT use case scenario: you could, say, create a Recipe to take all of your photos taken in the Instagram app and upload them to your Dropbox, or Google Drive for that matter.

Now imagine doing that without IFTTT.

Previously, you had to create Recipes on the IFTTT website, but with the advent of the iPhone app these things can be created, managed and shared with the community from the palm of your hand.

People have created all sorts of useful Recipes so you could be up to speed in no time.

Download IFTTT for free from the App Store today.